The old saying as far as India / Nepal relationship was that it was a question of ‘Beti and Roti’ from ancient times. The Mogul invasion of India is thought to have accelerated that process when many princely states sent their Ranis and Betis for shelter to the Hindu Kingdom of Nepal. 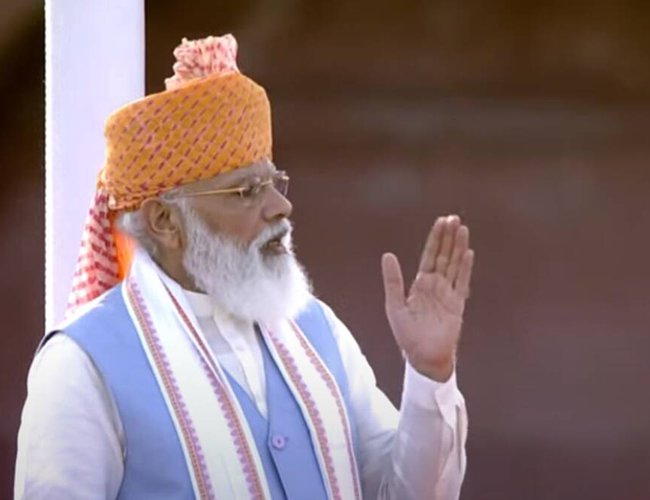 Three years ago, the then US President Donald Trump invited India’s Premier to an event titled ‘Howdy Modi’ held at a stadium in Houston, Texas on 25th Sept. 2019 with an eye for the support of Indian origin citizens of the USA. Trump’s own visit to India one year later, to further cement that relationship, was troublesome because of riots in North East Delhi. Was this an ill omen as Donald Trump lost the US Presidential election in November 2020?

Our former PM Prachanda, the fearful one, made a departure from tradition by making his first visit as a Nepali PM to China for the closing session of the Olympic Games. His breaking with the tradition of ‘Delhi first’ was perhaps taken as affront by our Southern neighbour. After all Nepali politicians, irrespective of their political heritage and colour have had long standing links with the South Block of New Delhi than with the much further afield Beizing in the North! Was this therefore an attempt by Prachdraji to say ‘Howdy Modi’ prior to taking over and sitting in the PM’s chair in Nepal? One can only wait and see the post elections scenario in November.

Perhaps commenting on this trip is useless as Nepali politicians have always been kow-towing to the officialdoms or handlers in South Block. All through the last seventy years they are like puppets on a string and the Babus or the JNU handlers have had immense pleasure in making Nepali politicians sweat and fret! If anything it was the monarchs that have stood upright and strong against the gale from the South.

The old saying as far as India / Nepal relationship was that it was a question of ‘Beti and Roti’ from ancient times. The Mogul invasion of India is thought to have accelerated that process when many princely states sent their Ranis and Betis for shelter to the Hindu Kingdom of Nepal.

It was the monarchs of this country who stood up to authorities of our Southern neighbour. We remember King Mahendra’s quip to PM Indira when he said, ‘Communism does not travel by taxi’. In the same vein was King Birendra’s stated remark to PM Rajiv when he said, ‘We are in the mood for talks!’ The last straw which broke the camel’s back was the proposal to offer our Northern neighbour observer status in SAARC! Ironically, this came to pass a little later significant, but that is of no consequence when SAARC is now moribund!

In contrast to the above happenings are the ‘Lampasar’ attitudes of our PM’s to South Block or RAW dignitaries. Our politicians usually make their first trip to Delhi as a priority. The Nepalis have seen all this over the years and are accustomed to it being ‘Hatti ayo, hatti ayo fussa’. The same story repeats, starting with Matrika re Koshi Barrage, and Sher Bahadur re Mahakali. These had been presented as ‘Pies in the sky’ for the Nepalis to munch on! The real fact is that Nepal only recently got water from Tanakpur, as per the Mahakali Treaty after a wait of 27 years. This depicts the state of affairs! When the various treaties regarding our water resources were signed, the peoples’ expectations rose, only to be dashed to the ground as a result of total inactivity for the promised benefits. Sadly as far the pilgrimage to Delhi is concerned; it had been started by the Kangressi stalwarts of Nepal for many Nepalis were also involved in the freedom movement to get the British out of India. Sadly this trend has been going ever since.

We have been discussing about the Indo-Nepal Eminent Persons Group (EPG) which was set up years ago to revise the 1950 Indo-Nepal Treaty of Friendship. The EPG members met alternately at the two capitals of the two countries for over two years and finally submitted their reports to the two PMs of the two lands over two years ago. Both the two PMs have not looked over such an important report as they have not had the time. (In the case of Nepal a late statement was that PM Oli had done so). What a state of affairs! A photographic image suggests that former PM Prachanda may have done so very informally with India’s Foreign Secretary and the picture seems to convey to the beholder that our former PM may have been at the receiving end! What a state of affairs between two neighbouring countries.

The contact with our Northern neighbour has been much longer, for Nepali PMs had been sending presents periodically to the Chinese rulers at Beijing and acknowledging their over lordship for centuries. Tea is said to have been introduced in Nepal as a result of seeds/plants given by the Chinese emperor. Perhaps frequent visits to China could not be undertaken frequently because of the high Himalayas straddling on our border.

As per comments in the press, if the ‘Gathbandan’ stands at the hustings and the election in November, there are a number of likely candidates of both sexes in line to be the PM of this land of ours. This is however something that only time will tell.

As a tail-ender, I am reminded by the old English nursery rhyme:

Pussy cat, Pussy cat where have you been?

I have been to London to see the Queen,

Pussy cat, pussy cat what did you do there?

I frightened a little mouse under her chair.

The question remaining of course is who has been frightened in Nepal now!

The bottom line and not to be forgotten at all costs is to be imperative and wise to maintain amicable relationships, without hurting the sensibilities of our northern and southern neighbours. At the same time our national priorities must not be sidelined nor should our contacts and relationships with other nations of the world suffer.

Finally as Trump’s American Dream was unfulfilled in January 2020 will Prachandra’s be any different following the Nepali general elections on the horizon?

How Prepared Is Nepal For Future Disasters? By Dr. Dhruba Gautam 20 hours, 18 minutes ago

The Informal Sector In Nepal: Myth And Reality By Shanker Man Singh 2 days, 21 hours ago

Is Combating Viruses With Vaccine Inequity Possible? By Radha Paudel 5 days, 22 hours ago