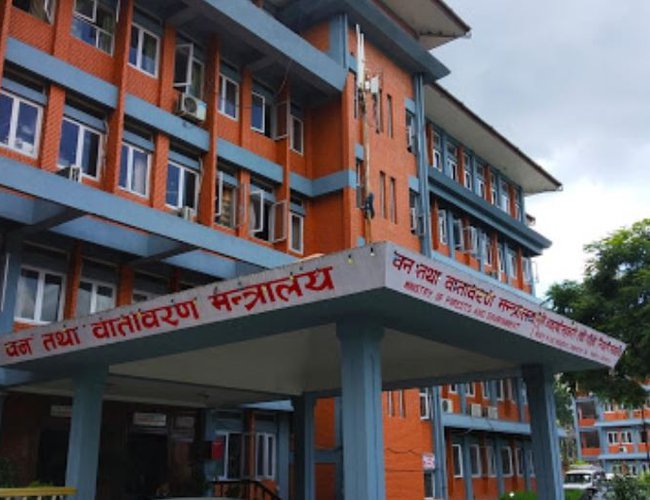 The Ministry of Forests and Environment is preparing to declare a 'climate emergency' and draw global attention as the date for the United Nations Conference of Parties (COP-27) on Climate Change draws closer.

The Ministry has come to the conclusion that a country like Nepal which is at high risk needed to be serious on this topic as the United Nations itself has said a humanitarian crisis has begun globally due to climate change impact.

Minister for Forests and Environment Pradeep Yadav has already stated before this that a plan would be made to draw global attention by declaring a 'climate emergency.'

In this connection, the Ministry has started carrying out studies on it and taking the opinions and suggestions from the experts concerned. Chief of the Ministry's Climate Division, Buddhi Sagar Poudel, said that a study and technical preparation is in progress for declaring a climate emergency.

According to him, works have been started on collecting the facts and statistics related to the pros and cons of declaring the climate emergency and its impact on a particular area, and on analyzing them. The Ministry is also preparing a technical team for this connection.

Various national and international organisations have been continuously alerting that Nepal is at high risk of climate change hazards.

German Watch, an international organisation keeping data on the risk of climate change, has stated that Nepal is in the 10th position among the countries at high risk due to climate change.

However, most organisations have suggested not rushing in declaring a climate emergency.

Experts and the Ministry employees stressed the need for announcing a 'climate crisis' in the country.

As of now, the government does not have exact data on losses due to the impact of climate change.

So, there is a need to formulate a plan on the issue after announcing 'climate crisis' in the country, they said. Minister for Forest and Environment Pradeep Yadav said it was time to draw global attention to the impact of climate change facing Nepal by announcing 'climate change' in the country. So far, 39 countries across the world have announced a 'climate crisis' in their countries. (RSS)