Skeleton In The Sandook

The undisputed dictum a hospitality business like airlines/hotels follow is ‘Customer is the King and CAAN being affiliated with the ministry of Tourism and what not assumed that it was not a part of it. 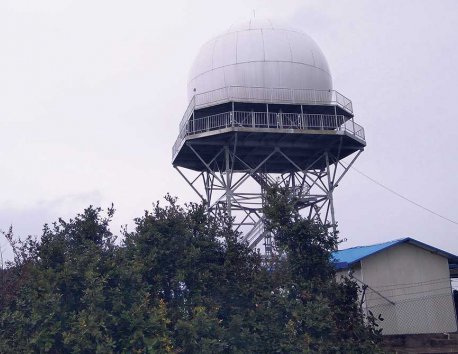 Most of us heard about Bhatte-danda, only after PIA/A300 crash in September ‘92. Jets fly over that narrow stretch of the valley rim as they make a normal approach to TIA from the south. The said accident was the consequence of flouting laid out procedures that precisely showed the height to maintain against distance from the airport. It is where the first hilltop Radar antenna sits currently. But for many who lost their near and dear ones, Bhatte-danda will always be an unpleasant name. That aside, probably not many know that a vital piece of navaid known commonly as VOR/DME was also sited there, years ago, after the PIA crash. But strangely, it never became a part of TIA’s arrival procedures as it was intended to be. This scribe had questioned its usefulness, way back in a 2003 article. Nothing happened until the news of the planned radar installation became public in 2012. But in the meantime, Bhatte-danda kept beeping its 3-letter radio code ‘BDA’ quite unnecessarily, all those years.

It all began with the PIA accident investigation committee’s recommendation of installing an “appropriate” navigation aid and the then Department of Civil Aviation (DCA) decided in favour of a VOR/DME at Bhatte-danda. On realizing that sitting the navaid there was an embarrassing technical mistake DCA, literally, shoved the skeleton in an attic sandook. And it worked fine until it was decided to put a radar station there.

That prompted me to pen another piece titled “Scrap atop Bhatte-danda” (TKP-14/03/2013), that seem to have triggered concerns of Japanese embassy officials. Incidentally, they were in the midst of finalizing papers related to radar installation under Japanese assistance. They sought to know as to why the navaid was installed there in the first place and why was it found to be of no use afterward. The aviation authorities had no choice but to reveal the truth. To their utter dismay, they seem to learn that ‘BDA’ was of no use for an aircraft already flying lower than the Bhatte-danda station especially and that another, identical device, was beeping, at Koteswor, less than 9 miles ahead, along the track. Further, switching from one to another, in such close proximity was an uncalled-for distraction with cockpit load at maximum before landing. Unlike how things work in Nepal, it must have been truly bewildering for the Japanese side, accustomed to their way of painstakingly slow and extremely meticulous deliberations before committing to do anything. They might have very well shaken their head in total disbelief.

The above incident just highlighted the Nepali trait of making decisions without due diligence and in haste. As such, it will not be unreasonable to delve into the incident at Kathmandu airport / TIA some weeks ago when a wide body load of passengers, destined for Delhi, were barred from flying, all because of infighting between the Civil Aviation Authority of Nepal (CAAN) and Nepal Airlines / RA. We cannot imagine the level of unspeakable trauma suffered by about 400 passengers because of the stubbornness of honchos at CAAN. The undisputed dictum a hospitality business like airlines/hotels follow is ‘Customer is the King and CAAN being affiliated with the Ministry of Tourism and not assumed that it was not a part of it. RA tried to do its best, under the circumstances, to arrange a flight the following morning but even that effort was foiled, yet again, by CAAN officials.

The bone of contention between the two rested on RA not having paid attention to CAAN’s warnings to cut its flights unless a new airport at Bhairahawa (GBIA/BWA) was also brought into its network. There has to be a good business case for airlines to fly there, sadly CAAN chose to coerce airlines instead. BWA was not able to attract low-cost carriers (LCC), let alone other airlines. An airport is not just a runway, it got to have all necessary logistics, including even those that fall beyond CAAN’s realm. And one cannot expect an airport to start earning revenue right away.

If an airport is in a good location, from a commercial standpoint, airlines will queue to come, without being invited. Sadly, even Jazeera/JZR, the one that risked flying to BWA found it wanting in many respects, especially as there is a lack of coordination between various governmental agencies. It was a big blow to CAAN when JZR cut its flights citing lack of minimum logistics. A migrant worker cannot fly away from BWA unless he/she gets various papers/documents endorsements from an office based in Kathmandu, and this itself is a big hassle as we all know. And for that reason, flying out from TIA makes more sense than BWA. Honchos at CAAN reason that if national airline shuns BWA how can they ask other airlines to fly from there? We have a very apt saying in Nepali chori kutera buhari tarsaune (छोरी कुटेर बुहारी तर्साउने) and CAAN is seen to be applying that “rather old” formula by punishing RA thus. But the tactic seems to have backfired already as Qatar/QTR has indicated that it would cut flights from 3 to 2 daily rather than fly to BWA.

I see this atrocious behaviour of CAAN as another skeleton in making. When good sense finally returns to CAAN’s way of thinking, they will rather forget about it rather than talk about it. Arrogance is what seems to have gotten better of CAAN currently and it does not bode well for a country which has hardly any industry worth mentioning besides Tourism. If such an incident had happened in another country, the first thing they would have done would have been to sack the honcho on the spot. Only after that they would have done a thorough postmortem to see whose fault was it and how not to repeat it in the future.

Arjyal is an avid aviation enthusiast.

He can be reached at harjyal@yahoo.com