Although the government has presented its budget before the Legislature Parliament, the whole process was in the back bench, given the country's business to hold the second round of elections, which are coming closer. 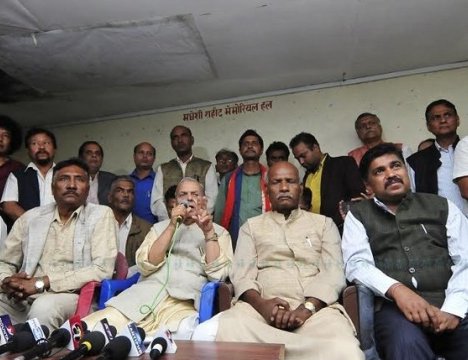 Although the government has presented its budget before the Legislature Parliament, the whole process was in the back bench, given the country's business to hold the second round of elections, which are coming closer. However, no major political breakthrough is in sight to bring a section of the Madhesh-based parties, united under Rashtriya Janta Party Nepal (RJPN), on board. Although one faction of the United Democratic Madheshi Front led by Upendra Yadav has decided to participate in the elections, RJPN is pressing for an amendment of the constitution, calling for withdrawal of cases, compensation for victims of Madhesh agitation and delineation of border of local bodies in Madhesh on the basis of population as the prerequisite to take part in the elections.

For the three parties, which hold two thirds of majority in the Legislature Parliament as required to amend the constitution, the present priority is to go for polls and it is unlikely that these parties accept the demands at least before the poll of June. With so much of loss in life and property during the Madhesh agitation, it will be a suicidal for RJPN to take part in the elections without some concessions even if they are an eyewash. Despite promulgating the new constitution legally, participation of RJPN is essential to establish its legitimacy. If the three major parties remain adamant on RJPN demands, the seventh constitution of Nepal is likely to face a similar fate as the past six constitutions.

The second round of elections may be held by mobilizing the security personnel. However, it will face the question of legitimacy again. As political disputes and differences continue to dominate the political spectrum, we have looked into the importance of the World Environment Day in our cover story. How will Nepal's transition from a unitary to federal structure impact its environmental policy? This issue has also included an interview with the secretary of Election Commission, Gopi Mainali, for a fresh look into the preparations for the second phase of local polls.

Border Dispute Between Nepal And India By Dr. Prabin Manandhar 2 days, 13 hours ago

Towards 'Carbon Neutrality'! By Batu Uprety 3 days, 8 hours ago