The Way Things Were

These are the questions that sift through our minds as we listen to the elderly reminiscing about their youth. We are very sceptical because their physiques no longer match up to their acclaimed former prowess. 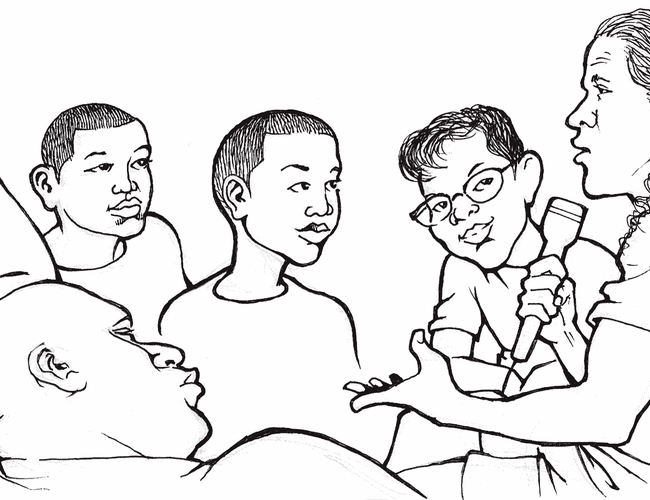 Have you ever overheard a group of family seniors talking about the ‘good old days’, the way things were back in the days when… well whatever it was they did in the good old days! To hear their excitement at recounting the things they did, the pranks they got up to at school and so on and so forth might seem trivial to us now. For instance; who would have believed that that overweight old army general was their school’s fastest hurdler or that the rather dumpy doughnut of a grandmother was the best dancer in senior school, so good in fact that one could hardly see her toes touch the ground?

These are the questions that sift through our minds as we listen to the elderly reminiscing about their youth. We are very sceptical because their physiques no longer match up to their acclaimed former prowess. No matter how many people point out to us how great they were at whatever, it’s very hard to accept. If they were so great at what they could do physically, why did they give up?  Inferring of course that we believe they weren’t so great at all! How many of us grimace behind our hands with a rather nasty smirk when our fathers talk about their feats on an abandoned football field, playing with this and that well-known name; - who later made it to some kind of stardom, but, of course Dad didn’t. Why? We ask ourselves and we also inadvertently provide the answer.” Because Dad was only bragging and wasn’t really any good.”

What if it is turned back on us? What if we were wrong all along? I remember a cautionary tale about not jumping to conclusions about the older generations ‘ bragging habits.

Just after that infamous WW2 when everywhere the elders of my generation had barely started wearing long stockings but were still attired in ‘gymslips’ which were multipurpose one piece pleated slipover tunics tied with a sash that one could wear to study or to dash around on a hockey field; but only in winter as summers rendered their scratchy wool too sweaty and smelly after a game of hockey, characters were emerging everywhere, characters the district had loaned to the army temporarily who had returned to their home town. In our district two in particular spring to mind. On was a local comedian of sorts who owned a popular fish and chip shop down by the river. Now it was a very successful business, mainly because the man’s wife was very hardworking, and very attractive. Josh, for that was what everyone called him was twice blessed and hardly had to work at all, or, at least, that was the gossip.

Now the second character was one who had won a medal in the pre-Olympics before the War and came back home boasting that he could now easily improve on his time and take the Marathon gold medal next time around, whenever it was to be. People pooh poohed at this. After all the Fellow had been in the trenches for over 5 years so his legs must have been a little cramped and in need of goose grease, which was their way of saying they found him a tad out of shape and in need of a bit of practice.

Notwithstanding the sniggers of our district elite the plucky runner pouted on with it. His big mistake of course was to throw out a challenge. “ I swear I can beat anyone in the district hands down”.

Never one to turn his back on a bet, Josh, on hearing the challenge, said’ Why I could beat a whippersnapper like that with one hand behind me back. It’s easy money. I’ll race him.”

Now as our elders would have us believe, the early days after WW2 were sort of gung ho and light headed. We had just survived a war to end all wars, severe food rationing was still continuing, and boiled cabbage was so ubiquitous that it was already on our hate lists forever; and that is why they still make jokes about British canteens:

“Cook, I found a dead spider in my cabbage.”

“Oh what a lucky boy”

“Had you only found a half of one you’d be wondering whether you’d eaten the other half.”

Now, currently the British restaurant business is enjoying a surge thanks to some well-known popular Chefs, not all of them male for once. Maybe the world will now realise that rationing and the privations of war were much to do with bad British cuisine.

As the day drew nearer for the race between Josh and the marathon runner, the bets were piling up in favour of the marathon runner. Whoever did win would walk off with a tidy pile after paying off the winning punters. Of course, they were all putting their money on the marathon runner: one appraising look at Josh’s sagging physique was enough for an intelligent man or woman to make a decision.

The time was set for 1p.m. on a Sunday at Josh’s insistence. Parents were asked to send their children to Sunday school on time, which they did –not wanting to miss the start at 1p.m.

At 12:30p.m. the church bells rang out for Sunday school and Josh asked his wife to serve him a nice piece of fish and tuppence worth of chips. Which she did. He ate studiously and swallowed and then walked into the bathroom.

“Tell them to start,” he told his wife, which she did.

And then, as the crowd waited expectantly, at the command of ‘Ready Steady, Go’ Josh shot out of the fish and chip shop stark naked and dashed straight past the marathon runner who couldn’t move for laughing. He was bent over double and so were most of the spectators.

There were those who were disgruntled enough to claim it was a put up job, but most paid up, appreciating Josh’s wit and style. Throughout his life Josh continued to make more money out of unusual bets than he did out of his businesses (which were not at all unlucrative).

He is the character our district forever remembers in any ‘those were the days’ discussions and even included in all that is the manner of his dying.

Josh was a big fan of our district’s champion Rugby League team. On the way home from each match he would stop for a pint of beer at his favourite pub; of which he also happened to be part owner. On this particular day it happened to be the semi-final of the Rugby League Cup and Josh really worried that he’d be headed off before he reached the pub. Hence his wife was called  to duty once more. She was to buy the pint ten minutes before the final whistle blew and guard it at the bar. Josh would then come dashing in to drink it.

All went according to plan until Josh came panting through the pub door and reached out for his pint. Barely had he touched the glass when he convulsed and dropped down stone dead.

Mrs Josh broke out into shrieks and uncontrollable sobs.

‘He never leaves a pint, not ever.”

‘That’s the way things were!’

Border Dispute Between Nepal And India By Dr. Prabin Manandhar 3 days, 5 hours ago

Towards 'Carbon Neutrality'! By Batu Uprety 4 days ago