Yet today very few Primary School kids would be made aware that a Jesuit priest was involved in the plot and so forth. Today all this is politically incorrect. This is the human farce-we forget our history, from East to West, North to South; and what we fought over, the dread deeds we perpetrated/ or our ancestors 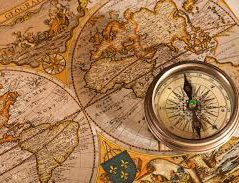 Take yesterday for example, November 5th, the English Protestants resounding and jolly response to Halloween, Guy Fawkes’ Night, or rather more brusquely, Bonfire Night, during which an effigy of poor old Guy is burned at stake in an annual repetition of an event that actually took place. He was caught trying to blow up the Houses of Parliament with his co-conspirators.

Now having come down in a nutshell, it survived with inaccuracies. Guy Fawkes was a former military man, a Roman Catholic, invited ‘on board, so to speak, once the plot was hatched and the major plotters had been engaged. As it was, he was a tough fellow, not at all afraid of dynamite, nor of coal cellars it seems because that’s where the dynamite was stored.

As for the reason for the 1605 plot: you’ll never guess: religious differences! Yes that same old bogeyman about who goes to heaven

Or who speaks to God?   In the early 17th century A.D.there were no fewer disagreements than there are today and maybe even more since, lacking cinema, television and all the usual channels that can be harnessed by the unscrupulous for the spread of fake news, you had to make and spread your myths the best way possible.

When James 1st of England and 6th of Scotland inherited the throne and a heap more besides from Auntie Elizabeth I, he must have been so overjoyed that he fostered a ‘rapprochement’ with the Catholic Lords.  Now not to point a scolding finger too forcefully at James, for he has had much to answer for, no doubt, he wasn’t deliberately misleading Robert Catesby and the rest. After all, rapprochement is hardly a hug, such as the peremptory ones given by boxers to one another, much less a fully-fledged embrace. Let’s just say that like most humans they saw what they wanted to see and misinterpreted mild approval for whole-hearted acceptance / or could it have been that actual commitments had been made and reneged upon (to remove fines exacted from those not attending Church on Sundays?).

I suppose our readers are thinking that the 5th of November was drummed into school children too forcefully for what it was. A clutch of deranged gentlemen plotters angry at religious affronts suffered/or not by their particular version of God and a determination to bring down the powers that be and all who supported their power, including their religious servants; in fact to bring them down lock, stock, and barrel before they could begin to operate. Hence the date, November 5th 1605, the date the King was to open parliament.

As it happened it never did take place and nobody knows till this date who spilled the beans. Eminent historians still speculate, study, go through pages and pages of archives to pour their assessments into published pages to offer to a ‘modern’ public, many of who still believe that history is nothing to do with them. But then if it is a truism that ‘they also serve who only stand and wait’ then we all have a part to play in the human farce.

The Popish Plot was at first commemorated by burning an effigy of the Pope, soon to be replaced by that of a braver man, Guy Fawkes. Yet today very few Primary School kids would be made aware that a Jesuit priest was involved in the plot and so forth. Today all this is politically incorrect. This is the human farce-we forget our history, from East to West, North to South; and what we fought over, the dread deeds we perpetrated/ or our ancestors. I much prefer the attitude of a French family I have known for over 55 years of my life.

In going through some old family sepia prints I was attracted to one of a little old lady wearing a lace shawl and pointed it out to my friends:

“It’s our great great aunt,”they said, quite proudly, she was sentenced to transportation to on of the islands and died there. What was her crime?” I asked.

“She attempted to assassinate Napoleon Bonaparte: from a family point of view her crime was she failed to do so!”

They then gave me a run down of the elderly lady’s history. The portrait had been painted on the island to which she had been exiled. Apparently in her day she had been a famous virago and opposed to many Bonapartiste ideas, refusing to marry one of his generals; for which one can suppose she was never forgiven. But then not forgotten either; and I realised this as I was taken around the region. There were pictures and memorabilia of this lady everywhere.

I regret it is so long ago that  I can’t remember the name of the lady but I believe the island’s name was Redemption. I suppose that might have meant it was not an island you were sent to for capital punishment.

History for some odd reason is more prepared to remember women who fail than men who do, which is strange. In the realm of fiction, of course we have ‘tragic ‘ ‘heroines’, Juliet leading a string of runaway daughters, double-crossed wives, and so forth. Then, of course we have the indomitable Cleopatra who really did do all those daring tricks, one of the people drawn from historical fact so that we don’t forget them even if we could.