The Universal Declaration Of Human Rights Is A Milestone Document

The Universal Declaration Of Human Rights Is A Milestone Document 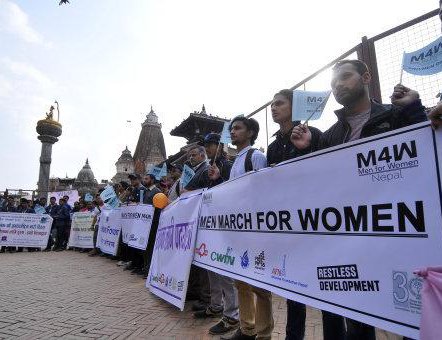 Congratulations to all of us on the occasion of the 69th international Human Rights Day and the launch of one-year celebration of the 70th Anniversary of the Universal Declaration of Human Rights that will effectively be in 2018.

The Universal Declaration of Human Rights is a milestone document that proclaimed the inalienable rights which everyone is inherently entitled to as a human being. The 70th anniversary is an opportunity for the world to promote, engage with and reflect on the Declaration and its relevance in everyday life and thereby affirm the human rights principles and standards that it helped establish.

But we ought to recognize that, despite the Universal Declaration of Human Rights, we live today in a world where discrimination and inequity continue to dictate the lives of so many people. Skin colour, religion, sexual orientation, and gender identity often matter more than a person’s intelligence, integrity, or work ethic. Too many children are condemned to lives of destitution, denied the basic rights they are entitled to, like education, health, and physical safety. Men, women and children are forced out of their homes, just because they worship a different God. As we know, these struggles are just as real today as they were seven decades ago, when the World declared that everyone is entitled to dignity, liberty, and equality.

The Universal Declaration of Human Rights promises that all human beings are born free, equal, and with dignity. It doesn’t matter what your skin colour is, what ethnic group you are from, whether or not you are disabled, a citizen or migrant, what your gender identity is, caste, or socio-economic status. You are entitled to the same rights as all others. These are these rights that make us equal. Indeed, we are equal because we have the same rights!

The concept of universal human rights was born after the two devastating wars and an unimaginable loss of life; with the hope that a renewed respect and focus on human rights would lead to peace, stability and the well-being of humanity.69 years later, we stand here and recognize that this notion is as relevant today as when it was first adopted.

Since 2006, Nepal’s democratic transition, marked by the Comprehensive Peace Agreement,has embraced the value of human rights at its core. The 2015 Constitution recognizes civil, political, socio-economic, and cultural rights as fundamental rights of all Nepali citizens. The Constitution has created an enabling environment for the recent successful local, provincial and federal elections – the next step in the process towards a fully-functioning, democratic society in Nepal. Let us applaud Nepal’s achievements.

Human rights oversight is even more important in this changed context to ensure better human rights mainstreaming into laws and policy-making process. National human rights institutions are important bedrocks in national human rights protection systems. Ensuring their ability to undertake their tasks is a vital part of good governance. We count on the Government to empower and further support the established constitutional commissions, such as the National Human Rights Commission so that they can exercise their mandate in an independent, transparent, inclusive and participatory manner.

I’d like to thank the National Human Rights Commission for your leadership in organizing this event today. The UN’s partnership with the NHRC goes back to its establishment. As guardian of universal human rights, the NHRC plays an indispensable role to install the value of human rights across the country, particularly for those who are the most vulnerable. The NHRC has so far made more than 700 recommendations to the Government on specific cases of grave human rights violations. It is paramount that the Government implements these recommendations of the NHRC, a call which has also been made by the UN Human Rights Committee.

Nepal was recently approved as a member of the UN Human Rights Council -- the highest inter-governmental body to promote and protect human rights across the world. I congratulate the Government of Nepal for this step. This membership is an important responsibility and it is considered as a reiteration of Nepal’s commitment to human rights.On our side, we, the United Nations in Nepal, re-affirm our commitment to support your efforts to fulfill greater responsibilities in Nepal and globally.

One of these responsibilities is to ensure that justice is done for the victims of human rights violations from past internal armed conflict. The process of criminal investigations and prosecutions demands a legal and institutional environment that is fit and up to international human rights standards.

As such, in line with the Supreme Court decision, it would be necessary to amend the current Enforced Disappearances Enquiry, Truth and Reconciliation Commission Act (2014). Extension of the mandate of CIEDP (Commission on Investigation of Disappeared Persons) and the TRC (Truth and Reconciliation Commission) would also be important steps to allow the country to move the transitional justice process forward.

Looking at the future, the federalization process brings high hopes for inclusive and sustainable development for all. The concept of Universal Human Rights helps us to make sure to put the most vulnerable populations at the centre of this process. It would be essential that human rights institutions are localized and effectively promote equitable development by challenging some of the traditional social norms that could undermine the human rights of vulnerable populations.

As we observe International Human Rights Day, I would like to quote Mrs. Eleanor Roosevelt, who was the first Chair of the drafting committee of Universal Human Rights:

“Where, after all, do universal human rights begin?

In small places, close to home - so close and so small that they cannot be seen on any maps of the world.

Yet they are the world of the individual person;

the neighbourhood he lives in; the school or college he attends;

the factory, farm, or office where he works.

Such are the places where every man, woman, and child seeks equal justice, equal opportunity, equal dignity without discrimination.

Unless these rights have meaning there, they have little meaning anywhere.”

Promotion and protection of human rights are the responsibility of us all, in our “small places”. While the government is responsible for fulfilling their duty to promote and protect the rights of the citizens, individuals and civil societies are the watchdog and agents of change. Corporate actors are the creators of opportunities, but they also have obligation to integrate universal human rights into their businesses. Ultimately, full enjoyment of human rights is a key ingredient for the wellbeing of individuals and society at large. Nepal is on its way, but it will be a long road in which we all need to be vigilant in order to ensure peaceful, equitable and sustainable development for all Nepalis.

Universal Human Rights is a powerful, durable concept that has endured the test of time due to the activism of everyday people and also those in positions of power. At the same time, it is like a delicate flower, where if we don’t take care of it, it will wither and eventually perish. We must continue to raise our voices in the face of injustice and act to ensure that every person is able to exercise their rights.

Today, we embark on a year-long celebration of the 70th Anniversary of the Universal Declaration of Human Rights. We are proud of the progress we have collectively made, but have no illusions about the challenges we face today, and in the future.

So, let us join our hands, stand up for human rights, dignity and equality.

Nepal Works Toward “Leaving No One Behind” In Its Implementation Of The SDGs
Jul 27, 2017

Chinese Economy: The Dragon Roars Ahead By Abijit Sharma 4 days, 11 hours ago

India Sees Itself As Nepal’s Natural And Instinctive Responder In Times Of Crisis. By Harsh Vardhan Shringla 6 days, 11 hours ago

Nepal In The New Strategic Ambiance By Binoj Basnyat 1 week, 2 days ago