Women wanted equal rights and a much bigger share of the pie. They inched ever closer to all this not through debate and brains but through pills, birth control pills! These little wonders put women in control in a way they had never been before. 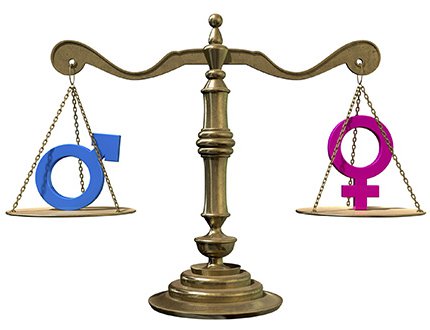 Growing up I remember there were things that were taboo- these were use of four letter words and direct reference to sexuality and sex in the public domain. Much was implied that wasn’t overtly spoken. In the Monica Lewinsky time, arguments used to be how Americans went OTT (Over the Top) about such things and why couldn’t they keep it under wraps? Implicit in such arguments were the question of why couldn’t it have been dealt with as Europeans would have? That would have been either to turn a blind eye or to simply give a standing order that the man at the top should not be assigned any female assistants under a certain age and certainly not any good-looking ones.

That, of course, dealt with it for that particular period of time.  As time went on, however, things became complicated. There were so many people ‘coming out of the closet’ about their sexuality that it became increasingly difficult to decide who was influencing whom and with what devices?

Women wanted equal rights and a much bigger share of the pie. They inched ever closer to all this not through debate and brains but through pills, birth control pills! These little wonders put women in control in a way they had never been before. Of course one pill led to another and now there’s a whole variety of pills that control conception even after the fact.

Now we are into the age of name and shame. ‘So and so groped 70 or so starlets and should be named and shamed’ and indeed a whole list of furtively groping male predators have fallen from their pedestals over the past year. Now every woman is ‘me tooing’ and I wonder how many of us are still shocked or how many have intimate secrets’ fatigue after hearing about it all.

Societies have gone from the sublime to the ridiculous. We seem to have jumped from hiding sexual indiscretions to letting it all ‘hang out’ in more ways than one. Television shows are a case in point. When the first soap operas (so named because the soap powder companies were the first to commission such dramas as part of their sales’ technique) were performed the fruitier parts of the story were simply brushed over, sexual assault implied but never described or explicitly referred to, and things more or less followed the melodramatic line one finds in ‘Tess of the D’Urbervilles’ or ‘The Mill on the Floss’. In the 50s of the last century our cards were played close to our chests and we weren’t supposed to speak of certain things. Hawthorne’s ‘The Scarlet Letter’ punched close to the bone on puritanical hypocrisy and today we openly discuss sexual misdemeanors of the religious community, as if they were new things!

But then, there’s nothing new under the sun and those who study the great works of literature, in the old world and the new, will perhaps be able to bring to mind the tale of Eloise and Abelard and the wretchedness carnal lust of the forbidden kind brought to the protagonists.

These were the stories we were prevented from reading and definitely from watching explicitly dramatised versions on television. Hence we made sure we knew the details of them and shared them with our colleagues. Nowadays, what’s left to share?

Now sitcoms discuss sexual liaisons openly and whether they are ‘straight’ or ‘gay’ we laugh at their difficulties and antics. Going forward, as they say nowadays, I think we were definitely moving over the top (OTT) by giving TMI (too much information) about private matters. But then is anything private any more? The answer is no, of course not. The only way we can have any privacy is to keep everything to ourselves.

The 21st century has already gone OTT thanks to Twitter and Facebook. We can hardly turn back the clock but we can change direction, do an about turn and determine not to join the mobs waiting to feed on every morsel of the clandestine that is pushed around the grapevine.

The Grapevine is as old as human history. It served as the alternative news medium on sensitive affairs.  It has always been a feed for the old gossip cliques in town or     village and, as such, served as a safety valve, passing on the shocking news of secret love affairs and same sex unions before they became too hot to handle and before the protagonists visited the ‘innocent’ public with proof of their misdemeanors.

And this is why I ask sincerely ‘are we OTT?” Did we need all this  ‘spilling out” of the nooks and crannies of human exploration in pursuit of intimacy? Maybe not, but as it so happens, it fills the newspapers; it gives the TV channels something to talk about; even if they do so at boring length three-four times over.

After all, in this century, if we are to believe all the stupendous claims, we will be able to replace every important part of our bodies and live continually………what a bore perhaps. Unless there’s some juicy gossip stuff to keep us entertained we’ll try and sleep away the rest of the millennium. On the other hand, it could just so happen that we’ll be invaded by the alien species, we so believed in as children, and they will enslave us as a substandard set of creatures that only find interest in the sexuality of others. In an age perhaps when we will be able to choose and change sexuality as the mood takes us. What price the clandestine then?

China’s Rapid Transformation And Lessons To Learn By Krishna Silwal 11 hours, 13 minutes ago