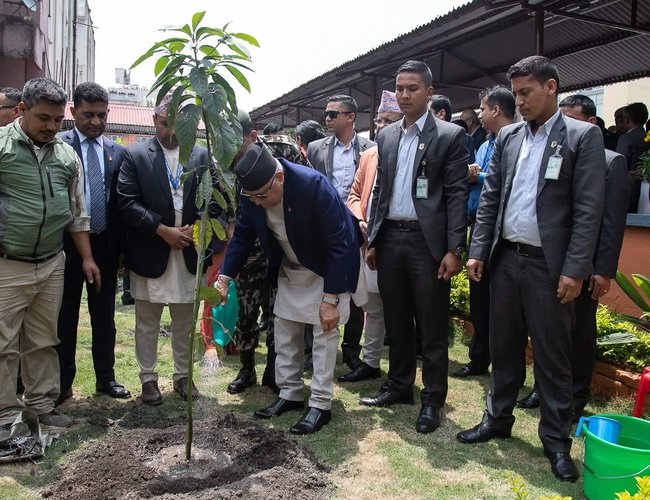 Civil Society Organizations demand that the political parties fulfill the promises they made on environment agendas during the 2017-general election in Nepal. In their election manifestos, the political parties had made commitments todevelop and promote clean energy, properly manage natural resources and forest, conserve water resources, control pollution and manage solid waste.

Meaningful engagement between political parties and civil society organizations would help change the present perception of environment as anti-development agenda. Intra and inter-party discussion and cooperation is imperativeto build their individual and common positions on the major environment and climate change agendas of national and international importance. It is also equally crucial to form and functionalize within the parties dedicated committees on environment and climate change.

Environment Protection bill has recently been tabled in the parliament. This bill is highly crucial as it determines Nepal’s long term commitments to sustainable development. All political parties must urgently start discussion within and among them on the bill and make sure the bill is well aligned with the commitments they have expressed in their election manifestos. Member organizations of Climate Action Nepal South Asia Nepal are committed to supporting the political parties and parliamentarians for constructive discussion on the bill.

According to Gita Pandey, the world is marking June 5 as World Environment Day with a theme of air pollution. Approximately 7 million people worldwide die prematurely each year from air pollution, with about 4 million of these deaths occurring in Asia-Pacific.

Marking the day in Nepal, with a home to eight Himalayas out of 14 mountains above 8000 meters in the world together with other highlands has a great significance at a time when melting mountains are seizing headlines across the world. Even if action is taken immediately, and greenhouse gas emissions are capped one-third of the glaciers in Hindu Kush Himalayan region will melt.

I Miss My Friends In Langtang Every Day... But Today I’m Missing The Langtang Glaciers Too. By Austin Lord 4 weeks ago

Wildlife Populations Have Fallen By Two Thirds: WWF By Agencies 2 months, 3 weeks ago

TANAHUN HYDRO PROJECT: Work Despite Holidays By A Correspondent Nov 30, 2020