The King has no ambition to interfere in political life beyond his mandate or to increase these powers. The King does not have the mercy to lead a party or any civil movement that looks like a party 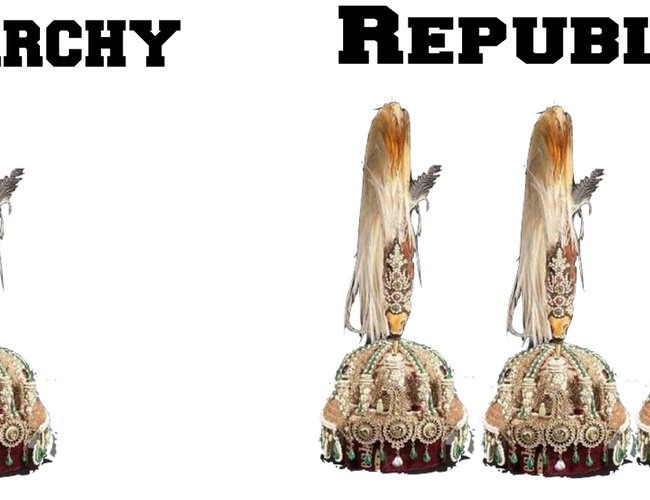 Nepal could soon become the first country in the world to abandon the republic as a form of the state within democratic normalcy and restore the monarchy. Isn't this a very unusual hypothesis-a dilemma that has its origins since ancient times? During their long history, both the monarchy and the republic had different meanings. The Republic is a form of government that has appeared in history both in autocratic and in democratic regimes, while the monarchy has for centuries been largely part of the autocratic regime, changing its various forms, ranging from a slave, absolutist state to modern, hybrids and constitutional parliamentary monarchy.

The way things are moving, Parliamentary monarchy is a better political solution than a republic for Nepal. The restoration of the Monarchy is getting closer in Nepal. We need to wake up from the general lethargy that had been around for the last 22 years with a different political experiment which gave nothing to my very nation.

Our irritated society with an agitated system can hardly produce anything anymore. Successful nation-building should incorporate basic principles like good partners, process, Problem-solving, Purpose, People. The nation building is about people. Power, Greed, and the Love of Money do not move history. People move history. We are practicing social Darwinism, not democracy in Nepal. I can go on and on as I need someone as a guarantor of national unity.

I was raised as a democratic person. I am a Democrat, and I confess that I am absolutely ready to return to the constitutional monarchy. Can we have a referendum on the monarchy? We can't always make the right decision, but we can make every decision right.
We have to do it now before it gets too late. I don't think there is anything wrong with the modern constitutional monarchy which is part of a constitutional system based on a parliamentary form of government in which the monarch has only a ceremonial role. So the monarchy cannot clean up the political class, because the parliamentary system will inherently keep all the elements of democracy. The most important aspect of freedom and democracy are identity and dignity. The day we abolished the king, we lost our identity and dignity, and since then, we have not been able to practice true democracy with freedom. Do I really need such a system? A system that consists in mandating a party cadet who will have to obey the orders of international institutions that do not obey any democracy? Who will try to pass his reforms to an assembly of corrupt representatives?

Every citizen has the duty. We must all be aware of our history and the behavior of our policies, the quality of our vote, the system and therefore, our quality of life. Let's not choose anything blindly. What we have is not a democracy. It's a lottery. We are not treated as citizens. The problem of the republic is that an aristocratic fate of real parasites, parvenus, took control. Republican Nepal, which is not really a republic but plutocracy held by an oligarchy without nobility, is an occupied country.

The King has no ambition to interfere in political life beyond his mandate or to increase these powers. The King does not have the mercy to lead a party or any civil movement that looks like a party. Arguments never cease to stop in our country. The Nepalese still need to realize that a republic would cost the taxpayer more than a royal family. The republic is not politically and morally defensible for us. In reality, a Republic would be cheaper than a Monarchy, but this is not happening to our country. Based on the data from the last 10 years, the government has spent 10 Arab but in 250 years, only 9 Crore. Thus, we can say that Monarchy cost us less than the president! This issue has made Money saving one of the main arguments against the restoration of the monarchy. The fact is that the elected president is spending as much as the king or more than him. However, the issue is not only that. What many don’t know is that after every four years, the president gets a lifelong retirement so we practically will have several presidents at the same time, while in the case of the monarchy there is just one ruler, just one king.

Let us talk about the cost of the election. Every four years, the president is elected. It is simple mathematics that if a direct election takes place, the institution of the king would cost taxpayers less than the institution of the president. Hence, I believe now that a king would give a better image of my nation than a president. The monarchy seems to me as an antidote to Nepal. The Monarchy represents the plurality of identity and the constant renewal within continuity. Monarchy might not be a perfect system, but it is the best for a country like Nepal. The way things are moving, it has been proven that the monarchy in Nepal was more democratic than a republic!

Never The Twain Shall Meet By Hemang Dixit 13 hours, 58 minutes ago