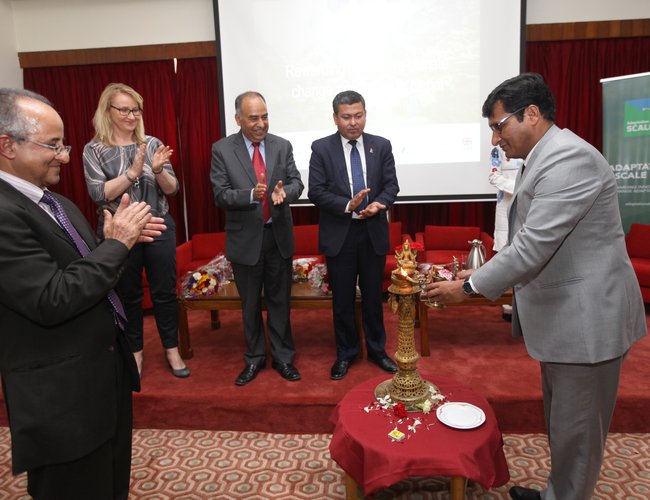 Minister of Forests and Environment Shakti Bahadur Basnet handed over the awards to the ten winning organizations. The prize money was given for developing innovative ways to expand community-driven climate change adaptation initiatives to benefit more communities (‘scale out’) and influence local and provincial policies and programs (‘scale up’) in Nepal.

More than 130 organizations registered to participate in stage one and two of A@S Prize. Out of them, 27 submitted their final reports on their scaling up and scaling out work in different fields related to the climate change adaptation initiatives to help local vulnerable communities. The reports went through an online judging process, and the best 18 were shortlisted. Thereafter, live presentations were done by those shortlisted organizations in front of panel of four experts, who determined the final winners.

The winners were divided into two categories, International & National NGOs and CBOs & local NGOs. Four honorary prizes were also awarded for initiatives that distinguished themselves for excellence across sustainability, technology, inclusion and governance.

Organizations winning the reward in INGOs and national NGOs category were; Asia Network for Sustainable Agriculture and Bioresources (ANSAB) secured the first position with £100,000, Ithaka Institute for Climate Farming second place with £75,000 and Shikhar Insurance Co third place with £50,000).

The Climate Change Adaptation Prize program is part of the global innovation prize competitions run by the UK Government supported Ideas to Impact program funded by UK Aid and delivered by the Department for International Development (DFID). The Prize called Adaptation at Scale Prize is a unique project on its own. This project aimed to identify, support and encourage the organizations who had developed new and innovative ways to scale-up community driven climate change adaptation initiatives.

According to MadhavKarki, Team leader, Adaptation at Scale Prize Project, the competition included a first stage, which ended in December 2016 with the award of the Protsahan Prize. This ‘encouragement prize’ was awarded to 15 organizations for their original climate change adaptation ideas. The award of the second stage, the Karyanwayan Prize, marked the end of the A@S prize competition and is the largest cash award made for climate change adaptation achievements in Nepal.

Why this Prize Program?

Current adaptation interventions in Nepal generally involve incremental approaches. They attempt to protect and sustain existing systems and practices. These works inadequately address adaptation deficit which is constantly growing given high vulnerability of majority of Nepalese people. Scaling-up and scaling-out of existing good adaptation practices show potential to fill in not only the adaptation gap but also make progress toward transformational adaptation which is needed to replace failing systems and institutions. The concept of adaptation at scale focuses on scale, skill, and speed that are needed in scaling-up or expanding our adaptation efforts. It is beyond business as usual adaptation practice. It is innovative, new and transformative approach. It uses multiple sources of knowledge including indigenous and local knowledge and good practices.

Up-scaling and out-scaling of adaptation aims to provide maximum adaptation benefits to vulnerable individuals, community, ecosystem and nation as a whole. Under the Govt. of UK supported Ideas to Impact program, 10 different scaled-up adaptation initiatives were awarded cash Prize with the aims to promote scalable adaptation solutions that are most likely to create impacts.

These awardees demonstrated adaptation that changes the fundamental attributes of a system in response to climate change and its effects. Scaled-out adaptation benefits larger population, in a greater speed using multiple skills and local governance. Scaled-up adaptation impacts policy, funding structure, knowledge, practice and capacity using evidence and learning. These prize adaptation initiatives stand out from others by demonstrating that decision making are done through: a) networking, b) knowledge management and c) equitable access and governance. Scaled-up adaptation services can better respond to multi-dimensional vulnerability toward a resilient state. Peer-learning, learning-though-practice and inclusive knowledge management can transform capacity development & technology transfer; finally, evidence based policy making enhances govt., donor and private sector finance. 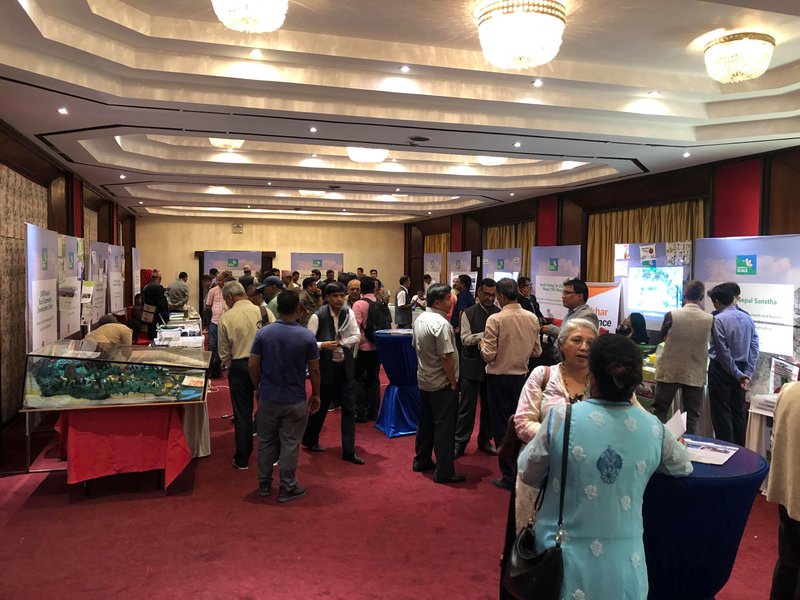 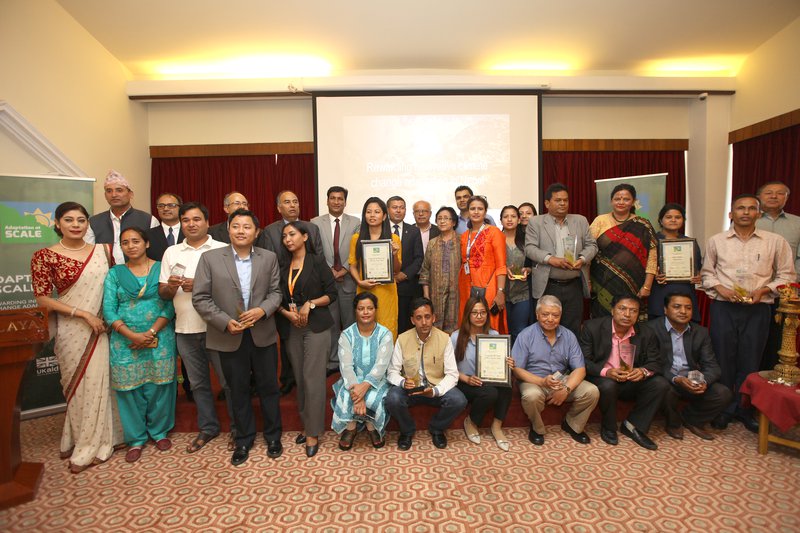