Nijgadh International Airport Under A Shadow Of Protest And Legal Dispute

Nijgadh International Airport Under A Shadow Of Protest And Legal Dispute 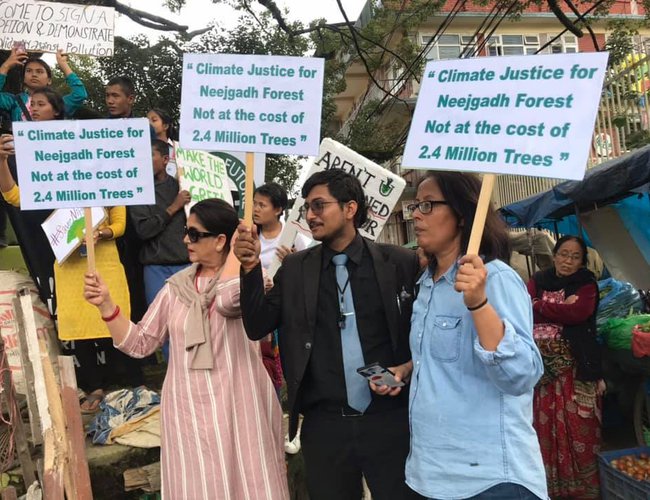 As environmental activists, lawyers and few ministers of province 2 and people leaving in deep inside Southern borders are opposing the construction of International Airport at Nijgadh destroying over 2.4 million trees, a meting of Investment Board chaired by Prime Minister K.P. Sharma Oli has decided to hand over the preparation of Detailed Project Report of construction work of Nijgadh Airport to Zurich Airport Limited on Last Monday.

Out of 7 proposals tabled by various companies, only Zurich Airport Limited is short listed on the basis of financial and other proposals.

Chief Executive Officer of Investment Board Maha Prasad Adhikari told Naya Patrika daily that the board will now seek detailed planning from the Zurich Airport Limited.

As the government is pushing the project for construction, the numbers of protest programs have also intensified. Last Friday, a large number of young and children organized a protest rally in front of United Nations Building demanding not to cut 2.4 million trees to build an airport. 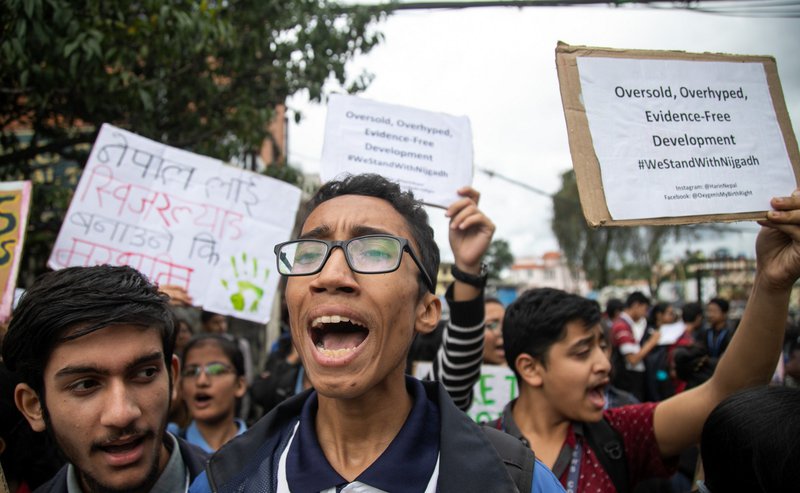 Organized by Harin Nepal and other organizations as a part of Friday Future, a global program against climate change and rising temperature, protesters ranges from seven years to 25 years old carried play cards with a slogan against cutting 24 million highly valuable natural forest and habitat areas of endangered Asiatic Elephants, tigers and other wild animals.

They also chanted slogan our war against Deforestation in Nijgadh. They chanted go for alternative site and save 2.4 million trees. 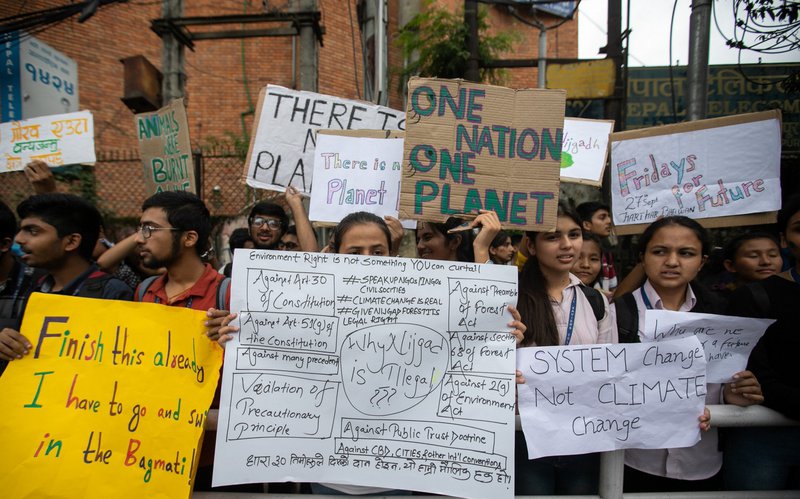 Launched by 16-year-old Greta Thunberg, "Fridays For Future" movement — or School Strike for Climate (as it says in Swedish on her sign) — in 2018, to save the planet.

Along with Nepali Children at UN Office in Pulchwok, on September 27, an estimated 4 million people in 161 countries took to the streets in the largest climate change demonstration in history.

At a time when the global community has been expressing concerns over the declining rain forest from the world including the rain forest in Brazil, the issue raised by Nepali children and youth for the protection of the rain forest will have global implications.

Led by Chanda Rana, environmental activist who has been leading the protest program urging concerned authority to go for nearby alternative site to build the airport and save 2.4 million trees of Nijgadh , a group of protesters also demonstrated in front of Swiss Embassy in Kathmandu asking Zurich Airport Ltd not to involve in cutting pristine natural rain forest and displacing endangered wildlife including Asiatic Elephant, Tigers and other animals on September 27.

"How can EIA with copy paste of hydro-power be approved for International Funding ? EIA is full of Error and not of international quality where ecological and biodiversity damages have not been thoroughly studied with international and National experts . EIA does not meet international standard at all for funding ! Hence we ask Swiss Zurich Airport to Back off from Neejgadh!," writes Chanda Rana. "Neejgadf had multiple issues - water resource conservation, flood control, wildlife habitat and feed, forests and other plant resources." 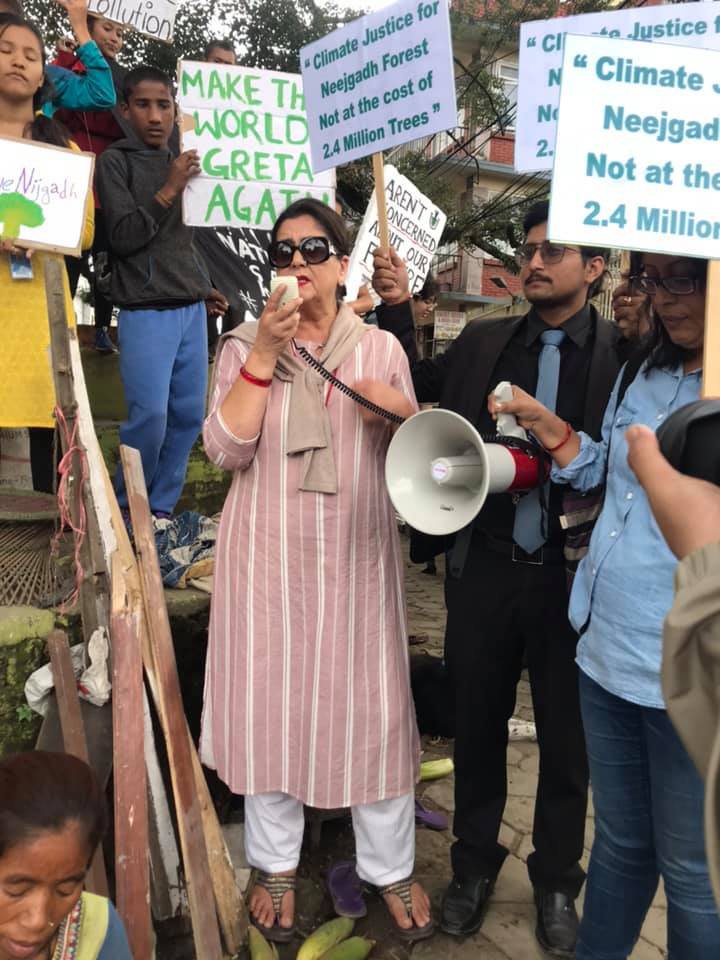 #BackoffSwissZurichAirport .. go for Alternatives. Not at the cost of .2.4 Million Trees. Of Neejgadh Forest . Climate justice for Neejgadh Forest . Thanks Kaalo 101 ( Shrishti and team ) for superbly organized Protest Rally and Rally for Climate justice. Thanks a lot to Avishek Shrestha and Regan Sapkota and Team for Solidarity Participation for our Neejgadh Forest Rally today ! And not to miss. Thanks a lot to Sanjay Adhikari for active participation and safe walk .I mean not to fall at pot holes everywhere," writes Rana on her face book wall.

In the petition, the petitioners have demanded an order from the court not to build Nijgadh International at current location arguing that the construction of the airport will wipe out Nepal's remaining pristine rain forest from Terai and displaced rare plants and wild animals including Asiatic elephant.

The petitioners have also argued that the construction of the International Airport will also destroy the habitat of endangered Asiatic Elephant. As Parsha National Park is in the close vicinity of the proposed airport site, many endangered animals like Tiger, one horn rhino will also suffer from the noise of the airport.

The petitioners say that the cutting 2.4 million centuries old sal and such a highly valuable tree will cause heavy damage to bio-diversity. At a time when rain forest across the foothill of Himalayas particularly in the Churia range is verge of destruction and all the rain forest from east of Morang to west of Parsha has already destroyed, this remaining forest is very important not only to Nepal but also adjoining Bihar State of India.

Since two bigger rivers Lal Bakiya and Pasaha, which have been creating havoc in Nepal and India during the monsoon, have been passing close the proposed airport site, flood will further intensify after construction of airport and cutting the trees.

With the excessive rains of Pasaha and Lal Bakiya, the water volume in Bagmati River had gone up many times causing heavy loss of life and property in north Bihar and southern Nepal. After the clearance of the forest and construction of another obstruction, the flood and water inundation will likely to create more problems in India and Nepalese towns in south.

Although the Supreme Court has already registered the public litigation petition, it is yet to start hearing on it. Once the court star hearing, the importance of forest will further come to forest. As the highly valuable rain forest of Nijgadh has linked with national, bilateral and global importance, Nepal's political parties including parties championing Madhesi or people of south quietly supporting the move to destroy 2.4 million trees and ecology. 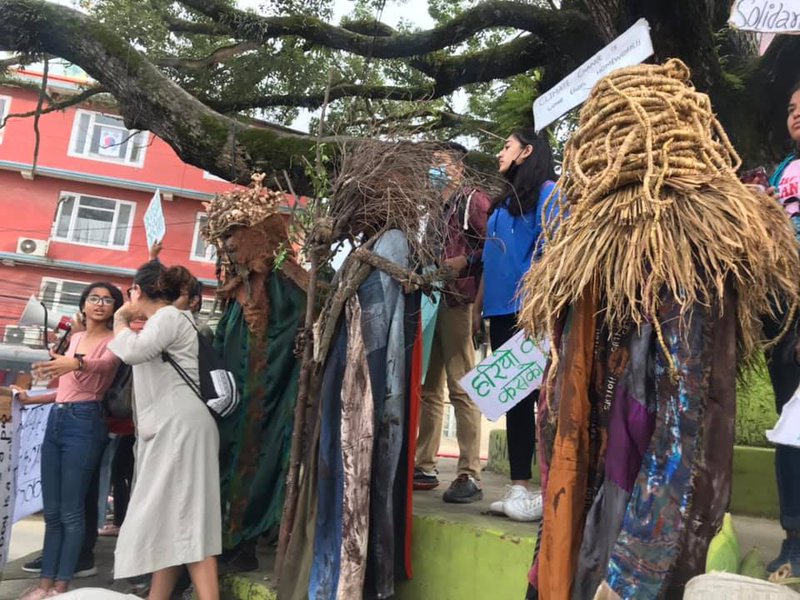 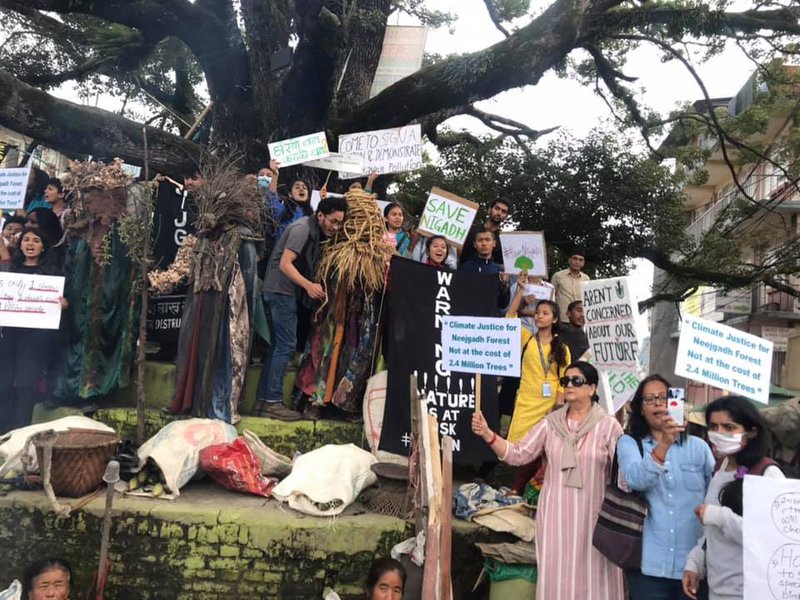