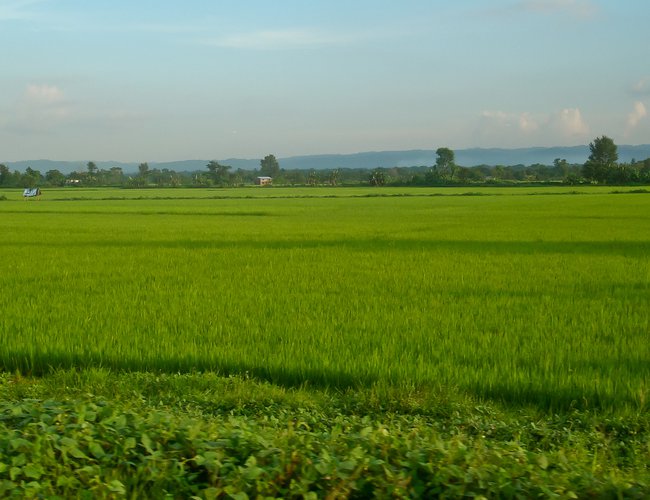 With the sole exception of gdp growth of about 7 percent to derive some solace from, last fiscal year was not encouraging In that trade deficit, the major problem of our economy, skyrocketed, balance of payment (BOP) remained negative throughout, foreign exchange reserve depleted, current account deficit increased and inflation headed, towards the end of the year, to an almost three-year-high. Unlike the last fiscal year, the new fiscal year, however, has shown some initial positive signs. For example, on the trade front, data made available suggest that deficit has declined a bit in the first two months of this fiscal year, although deficit per month is still above Rs. 100 billion, totaling Rs. 211 billion during that period. Merchandise exports increased by 25.9 percent as against an increase of 8 percent in the corresponding period of last fiscal year. Likewise, goods imports in the last two months has decreased by 1.2 percent as against an increase of 38.5 percent in the corresponding period of last fiscal year. Current account deficit has also declined from Rs. 35.16 billion in two months of last fiscal year to Rs.21.79 billion this year. Similarly, BOP has remained positive by Rs. 8.83 billion in sixty days of this fiscal year, which was negative by Rs. 25.45 billion in the corresponding period of last fiscal year. Definitely, data for the two months of this fiscal year show some positive signs and one could infer that the unchecked deterioration of the economy since long may have begun to decelerate. Additional Information available also suggest that trade deficit has shrunk by 12 percent in the first quarter of this fiscal year. Exports have begun to show some encouraging signs in five years. The World Bank has also thrown for mass consumption an information that the environment for doing business in Nepal has improved. As per the Doing Business Report 2020 released by it, Nepal has leapt to the 94th position out of 190 economies across the world, scoring 63.2 points against 59.7 points of last year which placed Nepal at 110th position. Hope these visible signs are not momentary and the ailing economy embarks upon a journey to head towards the much- talked about prosperity, attacking deficiency and negativity so rampant in the country.

The two-day visit of Chinese President Xi to Nepal in October is also something that this government could consider a major achievement because if everything that has been agreed upon by the two countries actualizes, Nepal will turn out to be the major beneficiary. Over two dozen agreements, primarily concerning infrastructure projects, have been signed and Bejing has offered to extend financial support for all the projects, either as grant or loan. The two neighbours also agreed to move ahead with the Belt and Road Initiative (BRI) as an important opportunity to deepen mutually beneficial cooperation in all fields in a comprehensive manner. China must have already been aware of serious accusation by the United States that countries joining BRI have been pushed into a state of serious indebtedness, an accusation that China has been aggressively refuting. One would hope that China would be further generous in helping countries that have joined BRI and Nepal would succeed in building infrastructure like dry ports, roads, railways, aviation and communications without having to face serious debt problems over time.

In the midst of these initial positive signs, our economy, however, is likely to grow by much less than the wished 8.5 percent in the budget for this fiscal year. International agencies such as the World Bank and the Asian Development Bank (ADB) keep revising their growth estimates and their latest revelations indicate that economy of Nepal this year would grow by less than 6.5 percent. Paddy production is likely to decrease by 9 percent this year and thus not likely to contribute to growth. It may be noted that growth in the last three years has remained relatively encouraging( average growth of 6.7 percent in real terms in the last three years),which is said to have been driven largely by favourable monsoons, the post- earthquake reconstruction drive, recovery in tourism and the end of torturous power outages. In light of what has been achieved in the last three years, there is no reason why the current dispensation should be unhappy even if growth remains at 6.4 percent as indicated by the World Bank.Moreove, Nepalis are now very much used to the reality that most of what is wished in the budget by the concerned remains unachieved and a sizeable chunk of huge sums allocated under different heads in the annual document remains unspent at the end of the year. Nepal government, however, cannot afford to remain complacent because Prime Minister Oli has announced that the size of the economy will be increased to Rs. 5 trillion within this current tenure. It may also be noted that the average growth of 6.7 percent in real terms achieved in the past three years, if maintained, should suffice to increase the nominal size of the economy to Rs. 5 trillion. Time is to show sincerity in approach and seriousness in implementation of what is promised to people, without talking much. All of us know it is not always possible to deliver hundred percent of what is promised and this is a reality not only here but elsewhere, too. For example, Prime Minister of India must be a bit worried that his declaration that India will have a 5 trillion dollar economy in the next five years may be difficult to achieve if the current slowdown in Indian economy continues for long. ADB is continuously slashing growth estimates for Indian economy, currently, forecasting 6.5 percent growth for the fiscal year 2019\20. This is a setback but Modi’s target of 5 trillion dollar economy still remains achievable if the Indian economy rebounds to an encouraging level of growth (7.20 percent expected in 2020\210) soon. Indians are trying hard to steer the economy and chances of their economy slipping below 6 percent growth are very rare. The concerned in India are seen engaged in debates and discussions, but more than words they have already shown by actions (tax cuts, procedural simplifications, etc.) that the slowdown will not last long. Alarming deterioration in air quality in Delhi, which is said to be 20 times more than the acceptable limit prescribed by the World Health Organization, also drew serious attention of the authorities there. Public health emergency was declared to provide some comfort to 20 million inhabitants of Delhi who are breathing toxic air. Schools were closed, flights cancelled due to poor visibility, masks were distributed to millions of people, construction activity was halted and 1.5 million vehicles went off the roads everyday with the introduction of an odd-even registration system. A permanent solution, however, will have to be found to check the recurrence of this kind of alarming situation. Burning of crop subtle in neighboring states needs to be checked.

The ongoing lose-lose trade war between the US and China (the two largest economies) is far from over and this has inflicted injuries on the economy of both countries. Slowdown in Chinese economy is very serious and measures, imposition of tariff on Chinese goods entering the US market, have dealt a serious blow to it in terms of job losses and slow growth, as claimed by President Trump. In addition to problems related to the economy, Chinese authorities must also be wondering about the weeks-long continuing protest, held during weekends, in Hong Kong, which is showing no signs of quelling and has already taken a toll on the economy as it has contracted by 3 percent in recent months. Trump also must be worried that US lawmakers have passed for the first time to advance impeachment process targeting him. He is accused of advising Ukrainian president to investigate Jo Baiden, his potential rival from the Democratic Party, in next year’s election for president.

Despite mandate of the people, Britain’s exit (Brexit) from the European Union (EU) has not been possible and Prime Minister Johnson, after struggling a lot in the House of Commons and with European leaders, has finally won approval of the House for an early election in December to break the Brexit deadlock. Johnson’s attempts were repeatedly frustrated by the parliament where he did not have working majority. He had promised to deliver Brexit on October 31 with or without a deal but had to opt for snap election as his latest deal struck with the EU was not approved by lawmakers who voted to force him to seek an extension until January 31. A frustrated Johnson went to the extent of saying, before the vote on the election bill, that parliament was obstructing Brexit and thus damaging the economy by preventing investment decisions, and eroding faith in democracy. He has now put his Brexit withdrawal deal at the center of his election campaign and his party now thinks that a vote for the conservatives would be a vote against no deal. Britain has suffered in the years after referendum on the exit issue and it is hoped that this prolonged period of indecision and confusion would end after the December 12 election. An election so close to Christmas with fatigued and unhappy voters in hostile climatic conditions, however, remains unpredictable.

Serious protests are seen elsewhere also such as the one in Lebanon where people refused to stop even after the resignation of the prime minister there, as they want the entire government to step down. While some want the president to stay on, majority are against the continuation. People on both sides of the political divide are on the street. Oil-rich Iraq has more than 319 of its citizens killed in the continuing protests since October 1. Chile has also become instable as streets there are filled with people demanding major changes. Election-related protests in Bolivia ultimately forced the president there to resign and take political asylum in Mexico.. Protests in Algeria are still continuing even after the resignation of the president in April. The important thing to be noted about the anger of the people seen in different countries is that they have taken up corruption and economic hardship as the two main issues and are demanding major changes in the system of governance. Situation in Nepal, however, is not politically very fluid and people do not seem to be preparing for massive protests of the kind taking place in other countries, despite much- talked about corruption and economic hardship here. Those managing the affairs of the country would, therefore, do well by making sure that some initial positive signs seen in the economy are maintained and serious attention is paid to the accelerating level of inflation, about 7 percent, which came down heavily on consumers during the recently observed annual festivals of Dashin and Tihar,low level of capital expenditure (5.35 percent of the allocated Rs. 408 billion till the end of October) and disappointing revenue collection, already Rs. 68 billion short of the target.Hope the deterioration decelerates for good. Let us wish Prime Minister Oli and our economy good health.