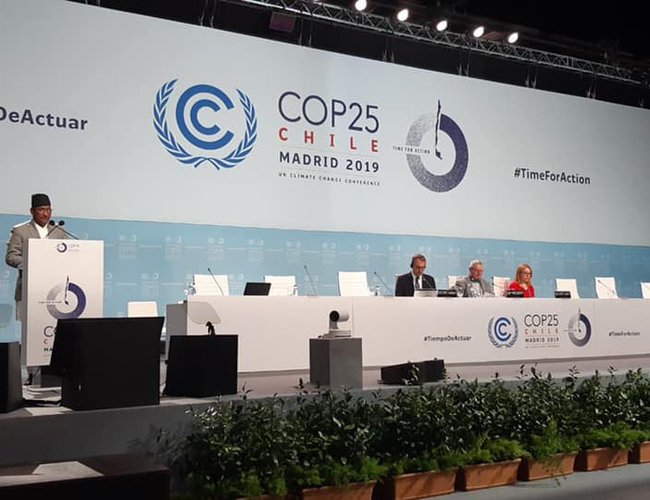 Addressing the ongoing UN Climate Change Conference in Madrid, the capital city of Spain, Minister Basnet drew the attention of the developed countries to implement the commitment they made on carbon emission and global warming. The well off countries could assist the least developed countries as Nepal on the formation of climate change adaptation policy and programs with financial investment and technology transfer, the Minister reiterated in the event.

As per the information shared by Minister’s Press Coordinator, Dayanidhi Bhatta, Minister Basnet expressed worry over why the Paris Agreement on limiting temperature rise was not implemented. Last year alone, 55 billion tons of greenhouse gas was emitted, which obviously pose the countries as Nepal at high risk. 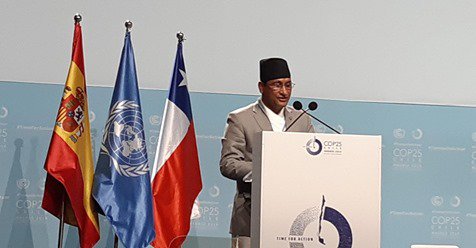 The Minister further informed that Nepal was going to hold an international event ‘Sagarmatha Sambad’ in April, which focuses on climate change. He also extended an invitation to the participants of the conference to visit Nepal during Visit Nepal Year 2020.