With the imposition of restriction by India on the imports of Palm oil from Nepal, there is a hue and cry from a group of exporters. Having more than 25 years of experience of working on the issue of trade, renowned trade expert Dr. POSH RAJ PANDEY, who is the Chairman at South Asia Watch on Trade Economics and Environment (SAWTEE), a consortium of South Asian NGOs, spoke to KESHAB POUDEL on the implication of Nepal’s trade with India. Excerpts: 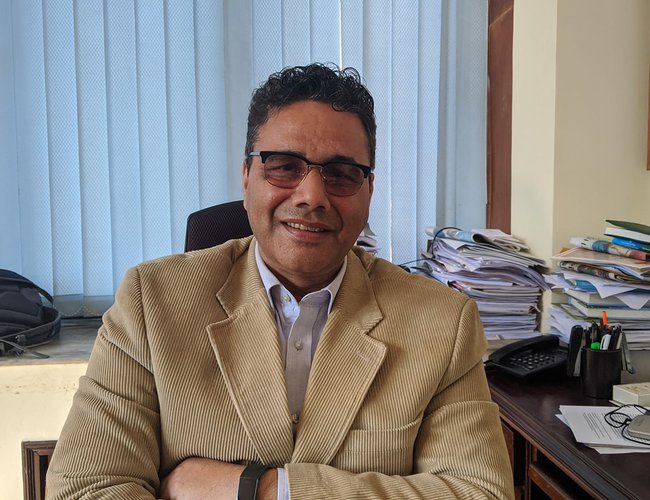 Why does the government of India provide Nepal preferential treatment to some products?

The basic purpose of providing preferential treatment for Nepalese manufacturers to produce Nepalese products is to support agriculture-based industrial development in Nepal. The objective is not to promote trade but to promote Nepalese raw materials-based industry and industrial development. That is the fundamental principle of all these preferential treatments given to Nepalese products on the part of India to Nepal. However, Nepalese policymakers and traders have been devaluating that principle.

That has started to show the success of the agreement for promoting export rather than promoting the industry.

If you look at the trade volume, you see the import of most of the raw materials, and, with minimum value addition in Nepal, products are exported to India. In that way, Nepal is increasing export. Our policymakers and private sector have started to show the success of the volume of export to India as a great achievement. Here is the convergence of interest between the government and industrialists, particularly the Ministry of Finance and the private sector. The concern of finance ministry is revenue and interest of the private sector is profit. The case of palm oil is an example. Even if there is low-value addition in palm oil and it has no contribution in industrial development in Nepal, private sector players are in a rush to export the palm and the government is happy to generate revenue out of this and meet the revenue target. The government has been supporting this industry not because Nepal has a particular completive advantage over that product, but because the private sector is getting profit due to differences in duties in Nepal and India.

What is the level of difference?

Overall customs duty in India for this product coming through other countries is around 54 percent even for ASEAN countries under preferential trade. In Nepal, we are getting, including the VAT and other taxes, 24 percent. There is a 34 percent margin from Nepal in exporting the product to India. Nepal government is getting revenue from importing materials of palm oil and exporting the refined palm oil to the tune of around 150 crores and the private sector is getting the profit with the same amount. That is where Nepalese traders and government meet. That means that India’s revenue loss given to Nepal under preferential treatment is divided between revenue for the government and profit for the private sector.

How do you look at the export volume?

Due to this product, the growth of Nepal’s export to India has gone high recently. The export of palm oil to India was Rs.11 billion in the last five months whereas it was 1 billion last year and it was 200 million in the early year of the same period. It indicates that the fundamentals of this export gain through preferential treatment are not defined by our economy as human, natural and physical resources and technological resources. None of the resources of our endowment enhance our export capability. This has increased because of the shift of policy of Nepal and the Indian government. This is basically generated under the loopholes of the trade policy and trade agreement between the two countries.

If the private sector invests in these sectors without looking at the comparative economic advantages, it is just simply gambling. In gambling, you sometimes win but you will lose most of the time. That is the reality of that problem.

How do you view the government’s request to India to revoke this decision?

Government officials have been arguing that there is a 30 percent value addition. That is right. Nepal is eligible to seek preferential treatment with a 30 percent value addition. However, the private sectors are not able to add that value to this product. We had bitter experiences in vegetable ghee, hard nuts and such other products with India. Because of the vegetable ghee issue, India did not renew the trade agreement with Nepal in 2002 and it was delayed by six months, removing all the preferential treatments given to Nepal in the 1996 Nepal and India Trade Agreement.

What will be the implications?

After the current trend, India will start to raise other issues with Nepal on trade and economic relations. My fear is in the next round of trade negotiations India will raise the issue of palm oil but also the whole mechanism of the preferential treatment given to Nepal by India. For now, India did not ban the products but it is regulated. This means Nepalese exporters need to get permission from the concerned authorities of India to export this product. That means the preferential treatments and open trade center to license raj.

Why is India imposing this?

Under the MFN treatment, India charges 100 percent tariffs. However, ASEAN countries, including Indonesia and Malaysia, are exporting with 54 percent tariffs. India is imposing a 100 percent tariff on these products to protect its domestic products. They will argue that the manipulated trade of Nepal will impact their own industry. Despite Nepal’s request, there is a very thin possibility that India will allow these products through preferential treatment. According to our trade agreement, we have agreed to allow Indian officials and Indian authorities to check value addition in our industry. In principle, we agree to allow Indian authority to come to our industry and check the value addition. I hope that the situation will not arise. 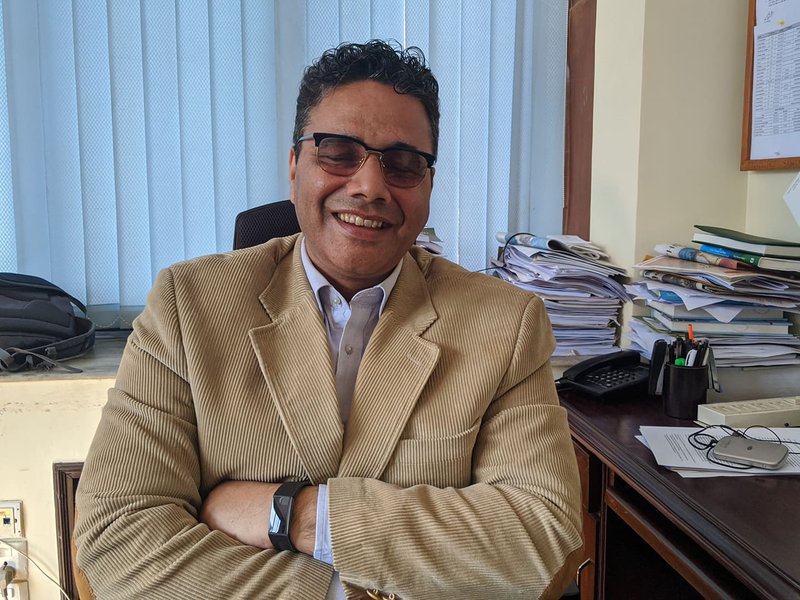 The Indian government has been raising the issue of misuse of preferential treatment given to Nepal by traders. How will Nepalese officials defend this incoming negotiation to continue such provision?

That is basically my concern as well. Nepal will be defenseless. The government should stick on that issuing the license to those products which are unable to meet the value addition facilities. This value addition is given to the genuine industrial development of Nepal. We have been receiving these kinds of treatment in the last 30 years. Had our governments stuck on, particularly, to the industrial development, our industrial sector would have been different from what it is right now. This is partly a failure of our policy. Look at the narratives when we get this kind of facilities from early 1990 to 2002, what we have been saying is that our export to India has increased by this and that volume. However, we have not said how it has contributed to the Industrial development of Nepal and the contribution of the industrial sector to our economy. We have never examined that perspective. That is the major flaw in our economic policy.

Although this is a small set back, don’t you see this is an opportunity to start genuine industry and fine genuine products with Nepalese value-added?

If you want to export under the preferential arrangement, you have to find out the product with a comparative advantage in India and defined by the economic fundamentals of Nepal. We have to take advantage of such treatment in words and deeds, not on manipulation. If you want to sustain the business, you need to search for products and services that are defined by the fundamental of that economy. This is the lesson we have to learn. This also gives the message to the private sector that if they want to remain in the business, you cannot remain by manipulating the policy and you have to follow the fundamentals of the economy. This will also help correct the distortion in the economy. I don’t know how many infrastructures are there in the economy. Let’s assume that it is around Rs. 5 billion and that 5 billion could have been invested in another sector that will have contributed to the Nepalese economy. Let’s go for value addition, we have exported Rs.11 billion in five months. If it is allowed to continue, it might have crossed around Rs.30 billion. If there is a value addition as mentioned in the agreement, it should have created jobs for 10000-11000 thousand people. How many jobs has it created in this sector? That is the question the value addition raised. In positive notes, this helps Nepal to correct distortion in our own economy.

Having worked for such a long time in the trade sector doing research and monitoring closely all the issues, how do you suggest Nepal can sustain trade and industrial development?

For me, it is not only with trade promotion but it is also related to foreign investment. There is a nexus between export and investment. Just look at the case with Dabur, they have been doing business for quite a long time in Nepal. Dabur produces the products adding Nepalese raw materials to export to India, catering to the market in northern India. They have not been facing any major issues and problems with the products exported by Dabur. Our strategy should be to attract investment here and produce the commodities in Nepal for export to India. Look at the case of China or Bangladesh exporting garments to the United States. Why China’s and Bangladesh’s exports to the United States sustained is because the investments for both countries are coming from the United States. If you want to capture those markets, you need to have investment from those countries. If you want to export, you need to involve foreign investment. The investment will also provide safety to investment. Now, if Nepalese products face restrictions, Nepalese investors have to face loss. In the case of foreign investment, the burden will be shared by others. Thus, there is also the need to link export with foreign investment.