The Government has planned to complete Hetauda to Basaha (Udayapur) section by October 2020. 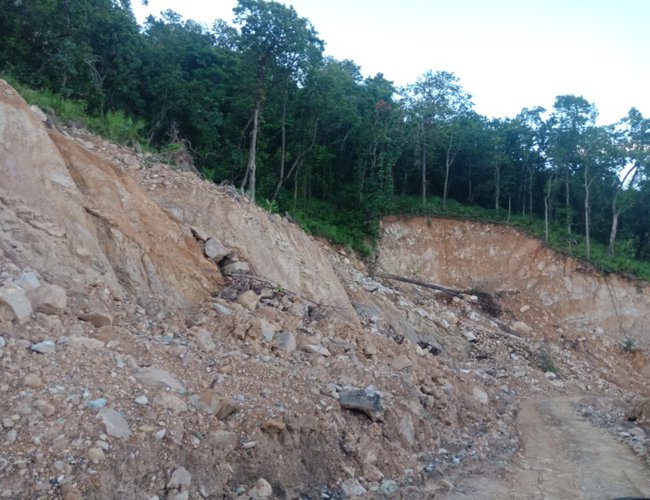 Three parallel roads – Hulaki Rajmarga in the south and Madan Bhandari Rajmarga (MBR) in Chure and East-West Highway in between – have been constructed within 20-30 km to link east-west Nepal. A Mid-Hill Highway is also under construction, and railway is also being planned to provide transportation facilities. Here, environmental impacts of MBR is discussed based on information of a study report prepared by Nepal Forum of Environmental Journalists (NEFEJ) in 2019 with the objectives of, inter alia, analysing impacts of MBR on biodiversity, forests and water regime of the Chure and threats to Terai. This study covered 371 km long Chatara-Hetauda section.

In BS 2051, District Development Committees of Sindhuli, Udayapur and Makawanpur started construction of 3m wide road to link district headquarters and settlements. The Government expanded this to 7m wide 2-lane road during 'Madhesh Aandolan' as an alternative to East-West Highway. In BS 2072, Government decided to expand it to be 11m wide 4-lane highway, categorized as national pride project, and started construction as an alternative highway from Jhapa to Kanchanpur.

The Government has planned to complete Hetauda to Basaha (Udayapur) section by October 2020. About 25 percent of the total road length passes through the Chure hills and hill cutting is more pronounced. Eight roads are constructed using dozer and excavator to join with East-West Highway in Sindhuli district alone. The MBR opens avenues to link Saptari, Siraha, Dhanusha and Mahottari districts even by destroying the geologically fragile and extremely vulnerable Chure area. Road construction has ignored sensitive land form, geology, biodiversity, forests and wildlife corridor in Chure area. Dozer excavation has weakened the Chure and triggered landslides, leading to sedimentation, making the farm soil unproductive in the Terai. 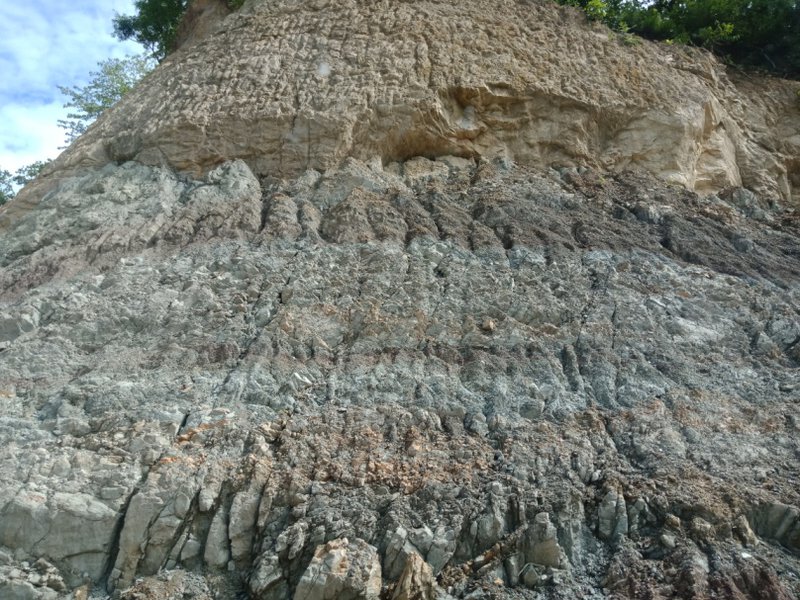 The MBR passes through forests without environmental impact assessment (EIA) process. Section 68 of the then Forest Act (1993) provisioned to provide national forest to development project for: (i) national priority project; (ii) in case of no alternative to forest area; and (iii) if it does not affect adversely the forest environment. The latter two provisions are normally satisfied through EIA study. In MBR, forest clearance is unclear.

In forest areas, road construction is easy. A total of 8,255 trees were reported cut down in different community forests of Makawanpur, Sindhuli and Udaypur districts with provisions for compensatory plantation @1:25 and 5-year management. However, plantation site is not identified yet. In cities and settlements, road expansion is being a challenge and road alignment is yet to decide in some places such as in Chaughada & Hatiya of Makawanpur district, and Dhura Bazar & Ranibaas of Sindhuli district. If 30 m road width is to be maintained, Gaighat market area might disappear and locals have agreed to maintain 25 m road width.

The MBR Project has neither coordinated with fast track road nor officially informed to President Chure-Madesh Protection Development Committee about its construction in Chure area. Many consider ineffectiveness of conservation measures along the roadside, including bioengineering works in fragile hill slopes. Conservationists consider non-compliance with legal provisions on EIA, a 'shame' and also consider MBR a catalyst for Chure destruction. Road will likely encourage more extraction and transport of stones, gravels and sands, and adverse impacts on forests and biodiversity from road-induced unregulated settlements will continue.

On the western side of Dharan-Chatara road, 4,304 trees of nearly 117 ha of forest were cut down, including 1,286 trees of nearly 34 ha of forest in Makawanpur, and 3,018 trees of 86 ha of forests in Sindhuli. At the rate of1:25, project should plant over 2 laks and 15 thousands saplings and manage for 5 years in its own cost. @ 1600 saplings/ha, about 134 ha of land will be required for plantation, instead of destruction of over 237 ha of natural forests.

Conservationists have raised issues related to wildlife corridor and natural path, increased forest encroachment and wildlife-people conflict, unregulated roadside settlement-induced forest destruction, road-induced soil erosion and landslides in Chure section, ineffective physical structures, and possible damage of structures due to landslides. However, maintenance cost will be high in many sections in Chure area, and it might be turned to a 'white elephant road'. NEFEJ report considers MBR non-useful for 'freight vehicles and hasty passengers due to high numbers of turnings. The report calls to: (i) prevent Chure encroachment and chopping; (ii) protect forests and wildlife corridors; and (iii) prepare and implement road maintenance plan. The MBR will continue to disturb natural flow of rivers originating from Chure, adversely affect farm production, and accelerate flood impacts in lowland villages. 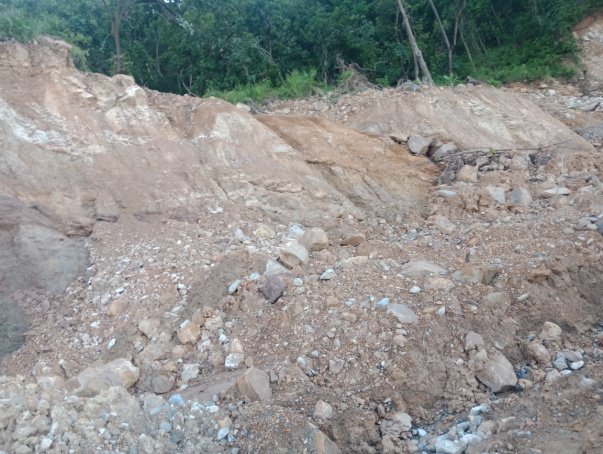 The Sunkoshi-Marin Diversion Multi-purpose Project will likely be constructed to generate 28.6 MW electricity and provide year-round irrigation facilities to 122,000 ha in Bara, Rautahat, Dhanusha and Sarlahi districts. 67 m3/s of water will be diverted from Sunkoshi River to Marin Khola to augment discharge of existing Bagmati Irrigation Canal. This will likely increase water volume in Marin Khola and may induce bank-cutting during rainy season.

Former President Dr. Ram Baran Yadhav has repeatedly informed about adverse impacts of Chure destruction in the Terai and called for protection of this fragile area, not to make the Terai desert. Former President considered three projects (MBR, fast track road and proposed Nijgadh airport) 'destroyer' of Chure and called for 'stopping' development that destroys the Chure and its forests, biodiversity and water source. Previous news informs that Former Prime Minister Madhav Kumar Nepal expressed dissatisfaction on numbers of Highways and roads being built from Mechi to Mahakali by destroying Chure forests. In a nutshell, fragility and sensitivity of Chure must be realised and eco-friendly development should be promoted if Nepal wants to benefit from Chure and Terai.

Are The Two Pre-Requisites Of Our Existence: Science And Religion Irreconcilable? By Prof. Dr. Akal Bahadur Singh 2 weeks ago

Politics And Economy Of Nepal By Dr. Tilak Rawal 2 weeks, 3 days ago