Neoliberalism came as the economic policy after the great depression of 1930 which is often associated with laissez-faire economy as conceptualized by Adam Smith back in the 18th century that advocates ‘free’ market and anti-regulatory policies. 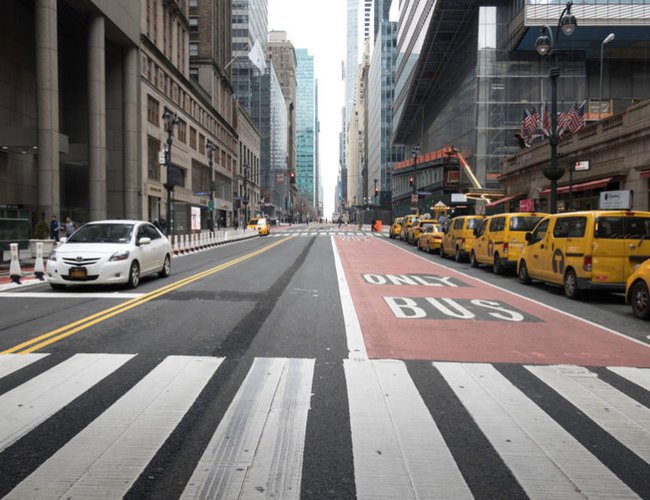 The world has been repeatedly suffered from various types of epidemics that supports the 17th century Malthusian view that nature maintains balance after an imbalance on earth. With the development of science and technology, direct infection of the Covid-19 pandemic will be over through promotional check within two more months, without causing larger casualties as seen in previous cases,but the economic pandemic will be far-reaching. However, it will teach the world new dimensions and open some new opportunities. The structure in which the world has been growing economically will be changed. It will establish new protocols in the field of public health, production systems and market; and develop new technologies accordingly. The crucial issue is the current outbreak alone will not maintain perfect balance on earth. Therefore, science and technology need to be continuously used the most in promotional control so as to maintain the balance. Otherwise, new outbreaks for natural control,as Malthus viewed,will continue to occur. This is the basic point that the world needs to learn from this pandemic.

It’s not good to blame any policy or principle during such disaster.However, the experiences have confirmed that it is the product of a neoliberal economy that made things happen at once globally. In general, the severity of its outbreak is relatively high in countries such as Europe and the US, which favor and practice the liberal economy, while comparatively countries with less liberal (closed) economy such as Cuba, North Korea, Russian countries, African and South Asian countries are less affected. Disaster resilience is also shown to be comparatively more effective in these countries. Since the outbreaks originated in China, a country with state capitalism,its economic openness is somewhat responsible for its origin. One bitter fact is that the human races or genes have evolved in course of human civilization and grown up with the herbivorous food around their shelter that made immense immune to disease. But neoliberalism damaged the local food system and made the ubiquitous food that loses its immune system. As a result, whatever the disease, the disease can be worldwide. Recent experience has shown that in countries with less liberal economy, such capacity is not lost immensely. So, it has been essential to restructure the world economy that also favors restoring such food regime which also protects the environment, respects cultural diversity and rewards human pluralism.

Neoliberalism came as the economic policy after the great depression of 1930 which is often associated with laissez-faire economy as conceptualized by Adam Smith back in 18th century that advocates ‘free’ market and anti-regulatory policies. The policy came after the Keynesian economics that evolved during the great depression which advocated for increased government expenditures and lower taxes to stimulate demand and pull the global economy out of the depression. The capitalist crisis with its shrinking profit rates inspired the corporate elite to revive economic liberalism that made it ‘neo’ or new. The then British premier Margaret Thatcher became the pioneer of neoliberalism policies in the mid-1970s, a period when Keynesian policies still reigned in Britain and much of the rest of the world.The policy famous with ‘that cherism’ has been imposed by powerful financial institutions like the International Monetary Fund, the World Bank and the Inter-American Development Bank.Nevertheless, there has been already some structural modification on the policy with protectionism after the financial crisis of 2007-09. It is because neoliberalism could not efficiently balance the global economy rather it created the environment of the rich grow richer and the poor grow poorer around the world. So, the Marxists disparage the policy as the capitalists adopted the neoliberal approach because their class power had been diluted under Keynesianism and was threatened in the mid-1970s. They took neoliberalism to restore the class power because it creates condition for class formation. With these shortfalls, now, this pandemic has confessed the globe to reframe its economic policy in a new dimension.

Due to the Corona pandemic Economists have projected that the global growth could be cut in half in 2020, to 1.5 percent from an earlier forecast of 3 percent. It is projected that for any one percentage point slowdown of the global economy, the number of poor-and with it the number of food insecure people-would increase by 2 percent, that is, by 14 million people. In absolute terms, the greatest regional poverty impact would fall on Africa south of the Sahara,where 40-50 percent of the global poverty increase would be concentrated. In relative terms, the impact of a trade shock would affect Africa’s poor more than South Asia’s, given that Africa’s economics are, on average, more dependent on trade than those of South Asia, a large but relatively closed economy.The productivity shocks, in contrast, would have a bigger impact on poverty in South Asia than Africa, possibly because of the bigger adverse impact in the scenarios on non-agricultural sectors, which have a large weight in South Asian economics.

Major impacts come from workers unable to do their jobs, resulting in an average decline in labor productivity of 1.4 percent during 2020.Globally the human jobs have been shrinking due to the digitalization the International Labor Organization (ILO) has estimated that the global market will lose 25 million more jobs due to this epidemic. Most countries, especially those whose economies are based on remittances, will have to go through the outbreak of Dutch Disease. The devastating situation that will arise in countries like Nepal where there is no preparation for alternative measure of remittance will be even more risky. The demand of goods and services are already cut down and it will take time to revive. For example, Smartphone shipments in China is likely to fall 40 percent in the first quarter of 2020 compared with the same period last year. Most halted business sector would be small and medium enterprises in which large number of people are employed.

After this pandemic, a rebound would likely follow, once movements of people, goods and services begin to return to normal. However, there will be trade shock right after the pandemic. The impacts are felt through international trade disruptions leading the cost of doing trade to increase by almost 5 percent on average and enough to provoke a global economic growth cost of one percent.Nevertheless, there will be structural changes in the production and trade system in which the means of increasing production will be sought with the least number of people, rather than creating more jobs. Due to the change in banking, production and marketplace business system, there will be huge reductions in employment in those sectors.It will be hard to revive all the employment as in the pre-Covid. As a result, labor-supplying countries will be under threat to create large-scale employment within the country. To keep the employment somehow intact, the ILO assessment report calls for urgent, large-scale and coordinated measures across three pillars: protecting workers in the workplace, stimulating the economy and employment, and supporting jobs and incomes as the Covid-19 outbreaks continues. These measures include extending social protection, supporting employment retention and financial and tax relief, including for micro, small and medium-sized enterprises. As the United States and Europe, even the wealthiest countries, will have financial crisis, foreign aid and investment in developing countries will decline. So, creation of job within the country depends on how much the state's internal resources are generated and how efficiently it is mobilized. It would be a hard for the Least Developed Countries like Nepal where public spending capability and revenue efficiency are not in satisfactory level. So, it is not possible for such countries to revive the economy without overhauling the highly politicized, crony,gray and unproductive heavy structured economy into a new form of economy based on protective liberalism.

The global epidemic will also create opportunities to some countries.At first, it will lead the world towards collective human values diverting from the higher materialistic individualism. On the other hand, the pandemic has further confirmed that the world has been a global village. Therefore, in the days ahead, the rigid or orthodox nationalism may not work well. Concentration of development would be what we do we do for the globe, i.e., people and planet. It will also provide an opportunity for the least developed countries to regain their economic status through reframing their economic policy independently. These countries will be able to make maximum use of the natural resources by properly managing the human resources, which will have very less with the developed countries as they have already crossed this stage. These countries have huge inventory of both the resources and the market. Optimum utilization of those factors can even change the balance of the world's economic and strategic power. The US will no longer be neither economically nor strategically powerful country. The situation in European countries will also decline. Due to the Corona disaster, China has already shifted this balance. Similarly, Asian and African countries will have the opportunity to‘Take Off’ their economy. These countries will get rid of the existence of imperialism as an integral part of the global capitalist system since the interference from the powerful countries will be minimal as these countries will be stuck with their own domestic affairs and have the opportunity of autonomy,to more extent, inreorganizing economy and market in their own. This will lead to evolve new fundamental home-grown approach in politico-economy that will replace the economic policy of neoliberalism. In any case, it will emphasize health, safety and protection of the people and planet as visualized in protective liberalism. It will develop ‘human economics’that means economy to benefit all human beings equitably(not for market, not for money), no one leaving behind. That can be coined as “Cronomics”.

(Joint-Secretary of Nepal Government, Dr. Bk was a Fulbright Research Scholar at Brandeis University, the USA for 2016/17, is the author of the book "Eradicating Hunger: Rebuilding Food Regime")

Caste-based Practices Decreased But Not Momentum: A Review Of The Studies Commissioned By FCD
Mar 18, 2022
The Social Life Of COVID-19 Pandemic: Escalating World Hunger
May 27, 2021
The Luxury Lockdown: Tackle To Covid-19, Fatal To Hunger
May 21, 2020
Rise Of Liberal Socialism To Reshape The Coronomics
May 07, 2020
Escalating World Hunger With The COVID-19 Pandemic
Apr 12, 2020