C-19 Response In Nepal: Incompetence Was Expected But The Apathy Towards The Poor Is Astounding

Shortly after the first lockdown announcement, thousands of migrant workers stuck in Kathmandu and elsewhere attempted to go home for safety. 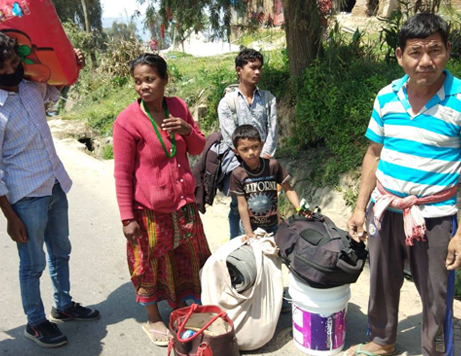 Nepal made two lockdown announcements of 7-day spans in March and then one of 8-day span ending on April 15. Most everybody understood the logic of announcing an 8-day extension.The government wanted to wait for India’s decision to (or not to) extend the lockdown,which was due on April 14.On the 14th, India extended the lockdown by 18 days with a promise to ease certain economic activities after April 20. Nepal, for its part, extended the lockdown by 12 days with no such promises, within hours of the Indian announcement. All very good; there is some merit to being practical. Nepal and India share a long, under-guarded, and open border. If the pandemic spreads in India, the risk of a similar spread will be immediately felt here. After all, the pandemic preparedness in both countries appears equally lackluster. The test-rates are still very low, equipping of frontline responders is still under par, tracing and quarantining is still full of holes, and provisioning of ICU beds and ventilators in hotspots lags the demand by a good measure.

When it comes to protecting the poor, however, India has lot many pre-exiting tools compared to Nepal. It is a different story that India too appears as apathetic to the poor as Nepal has been. India has a nationwide subsidized food distribution system based on ration cards. It has a more or less functioning rural employment scheme capable of putting money into the hands of the poor quickly. It has cash transfer systems in place that covers 150 million farmers. It has minimum support price administering system on all major cereal crops. Nepal has poor replicates of these schemes, entirely untested at scale and full of rent siphoning loopholes. If rural hunger sets in, Nepal’s government will have no proven tool and perhaps not even the resources to fight it. Nepal cannot follow everything India does without inflicting a severe cost to the most vulnerable of its citizens. Currently, India has over 11 thousand cases and Nepal has less than 20. Even controlling for population difference between the two, the scenarios are very different from epidemiological as well as economic considerations. That has to count somewhere.

Why is the Nepali government exhibiting an utter lack of creativity in its response to pandemic then? Let’s start with attitude of the ruling political class. Shortly after the first lockdown announcement, thousands of migrant workers stuck in Kathmandu and elsewhere attempted to go home for safety. At that time Nepal had less than 5 cases, all imported. It would have cost the government less than 10 crores to sanitize 500 buses, distribute masks and sanitizers to all passengers and crew, register everybody’s name and mobile number and facilitate their passage for free. Instead it forced everybody to walk hundreds of kilometers, exposing everybody to potential spread along the way, amidst police crackdowns, and lack of food and water.As if that wasn’t enough, a week later the deputy prime minister played cruel joke on them by first announcing that they would be allowed to leave for home and retracted that statement hours later.

Then came another shocker. As many as 1400 Nepalis trying to enter their own country from the Western border were arbitrarily disbarred from entering Nepal. It is still unclear—even to the Supreme Court—who in Nepal government is constitutionally empowered to stop Nepalis from returning to their own homeland at a time of crisis. The crowd gathered at the border went without food, water or shelter for two full days, foraging for themselves. Was this what the epidemiologists were prescribing at that time that a crowd of 1,400 people, some of them suspected of having contracted the infection, should be allowed to hangout in one large crowd for two full days? Empathy is when you are able to put yourself in the other’s state of being; morality is when you are able to contemplate what is equally good for all of us. The political class in Nepal exhibited an attitude that is devoid of both.

For the thousands of migrant workers stranded outside of their villages and those out of job in their own towns and villages, the government’s neglect of their plight is becoming bare naked. The relief package distributed at random and denied to many is not going to cut it. Into the fourth week of the lockdown, the poorest Nepalis have no cash left in their homes. The economy is not likely to come back to the pre-lockdown tempo for at least 4-6 months, to be optimistic. Nepal’s three high employment generating sectors—tourism, construction and transport—will not revive for some time to come. Banking, finance and insurance sectors will be liquidity-strapped for at least a year. Remittances will take a deep cut. With India’s food supply chain badly disrupted and since we import almost everything we eat from India, prices of staples are going to go up with time, worsening further in about 3-6 months. Yet, Nepal’s finance minister, who also happens to the government’s spokesperson, is the only finance minister in the entire region who has not said a word about how he plans to revive the economy. Nepal is also the only country in the region that has not announced a stimulus package. It is impossible to tell what the government is thinking or if it is even capable of thinking.

The time for mindless lockdowns is over now; they were justified when they happened. At less than 20 cases, other strategies are possible. We may not have the resources that Korea and Taiwan have to ride it out without a lockdown, but we have enough resources to implement thoughtful policies. Four weeks of lockdown has changed social habits, people are more careful, the infrastructure and systems for testing are more or less in place, we need to do more to ensure local hospitals are able to triage, refer, and transport patients to available regional ICUs when needed, and we need to stay ready to conduct 1 million tests over the next three to six months, depending on the need.None of these measures are impossible or even difficult to achieve and we have the money to do it too.What we can’t afford to do is do what we have been doing so far—resort to the most extreme measure just because it is the easiest thing to do. The cosy upper-middle class Nepalis who live in spacious houses that are served by a maid have wanted to lockdown the country since the second case ever surfaced. The eight to ten men in their late sixties who rule Nepal have, through fair or unfair means, joined that class in the last fifteen years.They show no disagreement with the convoluted ideas of self-preservation that this class harbours. Their self-serving fears cannot be the basis of our policy for too long.

Covid-19 In Nepal: Where Are We After 9 Weeks Of Lockdown?
May 19, 2020
Secularism Debate: Look Who’s Sneezing And Who’s Caught The Cold
Mar 13, 2020
The Indian Slowdown Could Dampen Nepal’s Electricity Export prospects Further
Jan 03, 2020
For smaller Countries In South Asia, intensifying India-China Competition In South Asia Is Becoming A Headache
Nov 13, 2019
Sambridhi By Doing Nothing: The Free Lunch Is About To End
Sep 08, 2019

Great Britain Has Always Been Our Great Friend And Ally By Pratima Pande 3 days, 3 hours ago 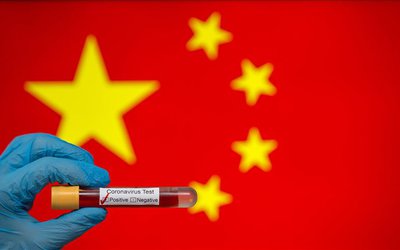 Global Order: Change Is Coming! By Abijit Sharma 1 week ago 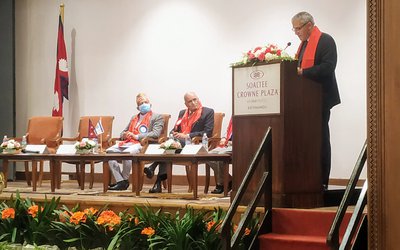 Isn’t This The Time, Honorable Minister, That Nepal Will Make The Change In Your Voting Pattern? By Hanan Goder-Goldberg 1 week ago 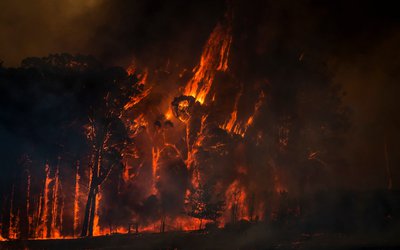