If Nepalis thought the country had entered a period of political stability after the chaos of the last decades, they woke up to a rude shock on Monday 20th April. A country under Corona lock-down imposed stupor was suddenly jolted awake by prime minister Oli and president Bidya Bhandari exploding an ordinance bombshell. Corona has infected only 54 Nepalis so far with zero deaths, and promises to go away in a few weeks more. But Oli's bombshell is shaking the very foundations of the new Loktantrick order and its reverberations may lead to the political demise of several leaders, communist and otherwise, those supporting Oli's putsch as well as those opposing it.

In a series of event that even Hollywood or Bollywood producers would have rejected as too unbelievable for their scripts, Oli pushed through two ordinances, one that would make splitting parties easier and another that would allow a prime minister to fill vacancies in constitutional bodies even without the participation of the leader of the opposition. Both of these are tantamount to an amendment of the constitution by executive fiat. And the highly partisan role of the president in these shenanigans, especially ratifying the ordinance in hot haste even as the party's high command was pressuring Oli to withdraw the ordinances, added insult to injury. The question everyone is asking is: why, when he has a near two-thirds majority in parliament, did he choose this seemingly illogical route?

The need for re-jigging the stalled Constitutional Council is partially understandable: the leader of the opposition often absents himself from meetings he is required to be present in, presumably to make the government look incompetent (or bargains unwarrantedly for the nomination of his close supporters). The result is many such bodies, including the CIAA, are bereft of functionaries and hence unable to function properly. Why this Council is designed to weaken Nepal's supreme executive authority will be discussed further below.

The explanation given for the one on splitting parties is curiously contradictory. One grapevine had it that it was to split the Janjatiand Madhesh-heavy Samajwadi party and bring in some seven parliamentarians into the governing party and cabinet to ensure a two-thirds majority after the Tarai-based Rastriya Janata Party had earlier quit the coalition. This is borne by the subsequent criminal kidnapping of a Samajwadi MP by two of Oli's MPs in cahoots with a former police chief, and locking him up together with all the other defecting MPs in Marriott Hotel. Apparently, this plan to break-up Madhesh-based parties had the support not just of Prachanda and other leaders of Oli's party but also of Kangress's Deuba.

The plan fizzled for two reasons. First, the ordinance for it was brought in tandem with the one curtailing the power of other members in the Constitutional Council. It scared the Prachanda wing who felt Oli would pack them with people who would make it easier to indict them for financial malfeasance with regards to Maoist cantonments as well as for other war crimes. This second move obviously angered Deuba and the Kangressis as well for marginalizing them. The second reason was that the Samajwadi party, facing this existential threat, decided abruptly at midnight to merge with its rival Rashtriya Janata party. Although it forced the deserting MPs back into its fold, the merger looks far from certain: Samajwadis have four supremos and the Rashtriya Janata Party has six chairmen, none of whom would countenance any demotion in the pecking order of the newly merged party. Indeed, two important figures have not participated in the ostensible merger, portending splits galore ahead.

The other not-so-hidden reason seems to be Oli's not unfounded suspicion that Prachanda was conspiring with Oli's erstwhile colleagues Madhav Nepal, Jhala Nath Khanal and Bam Dev Gautam to sideline him on grounds of health and multiple corruption scandals that have severely damaged the reputation of the communists. The merger of UML with Cash Maoists was never that: it was a tactical electoral move that consolidated votes to marginalize the Nepali Kangress and to provide the communists with a massive majority. But a single party it was not and shows even less sign of becoming one. In this quicksand, Oli had to thwart any conspiracy against him by having this weapon to command a majority. The cognoscenti say if he split off his loyalists, he would need only about ten more MPs to command a majority in the current parliament. 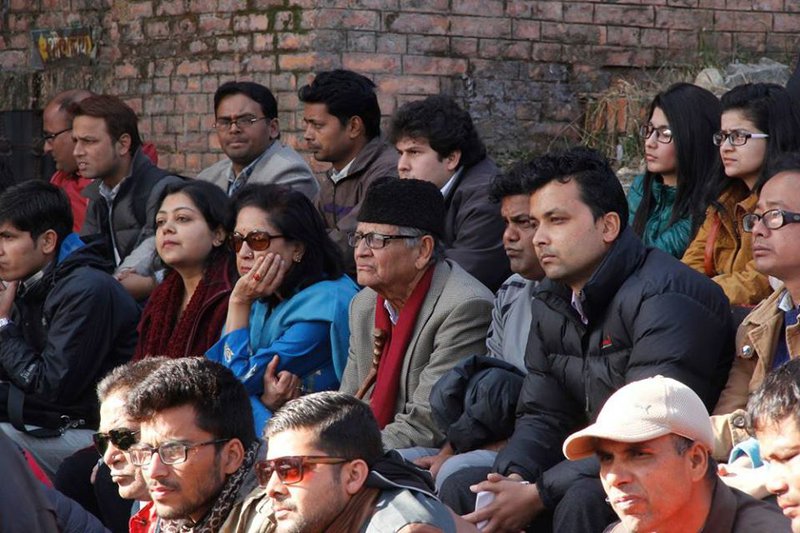 What is painfully obvious now even to Loktantra loyalists and the civil society of 2005/06 that brought about this current dispensation is that, notwithstanding a constitution made by a Constituent Assembly and a government commanding two-thirds majority, Nepal will not enjoy political stability in the days ahead. The country is forced to re-examine its past beliefs in leaders and ideologies as well as to search for the substance of democracy over its form. It has also led to a "collapse of the Soviet Union" moment for Nepal's Left supporters: despite dominating public imagination for social justice and modernization since the end of the Second World War, the communists are seen as not just corrupt but regressive and visionless as well. This sad conclusion was driven home during the Corona pandemic: the alacrity with which they evacuated their friends and relatives from Wuhan with government-paid chartered flights and quarantine contrasts painfully with the fate of the hapless poorest-of-the-poor Nepali labourers. Many have been left in the lurch at the Nepal-India border and those within Nepal are fending for themselves, trekking back hungry from Kathmandu's labour market to homes in remote districts.

Within this milieu of systemic decay, the ordinance bombshell of the Oli-Bidya faction of the ruling party does not seem irrational. This system is designed for executive irresponsibility and ultimately to fail as it had imported some of the most destabilizing aspects of the 1990 constitution and made them worse. To understand this, one has to refer to three particular essays by my father Shambhu Prasad Gyawali in his 1999 book (Byakti Ra Bichar, Jagadamba Prakashan). He was Nepal's longest-serving attorney general, law minister, president of the Bar and many things more, but he also wrote the 1962 Panchayat constitution. The essays discuss the failings of the Judicial Council (Art 93) and the Constitutional Council (Art 117) in the 1990 constitution that were subsequently importedin toto into the present 2015 constitution as Articles 153 and 284 respectively.

The Judicial Council structurally shackles the chief justice and absolves him of the responsibility for the administration of the court system, while the Constitutional Council does the same for the prime minister. Nomination to constitutional bodies is an executive act, which nevertheless needs tempering by parliamentary hearing and approval, and sometimes by a court judgment. However, the system marginalizes both the parliament by making the leader of the opposition a collaborator in this executive decision (who thus cannot raise a voice in the parliament) and the courts by having the chief justice as a partner in crime (who cannot sit in judgment if the matter came for a court hearing). If the consensus in such appointments was the goal, it should have been sought in the regular functioning of the legislature and the judiciary and not by emasculating them.

The office of the president is similarly now under a cloud. When the king's authority under the Panchayat dispensation was curtailed by the 1990 constitution making him a constitutional monarch, it did require him to defend the constitution. He could do so with the right to admonish the government; and he could use the residual powers vested in him via Art 127 to sustain state functions if circumstances arose that could not be foreseen and codified in the constitution. Such a situation did arise in 2002 when the ruling party in-fighting led to the dissolution of parliament and the impossibility of holding elections within the stipulated time due to the insurgency. The 2015 constitution expects the president to defend the constitution but without such explicit powers, although one can say that such powers are implicit in defending the sanctity of the constitution. The president should have returned the Oli ordinance for re-thinking (as the previous president did during the Katuwal episode) or at least sought the court's interpretation. Failure to do has resulted in the country now asking if we need such an expensive and partisan office of a rubber-stamp, and essentially a glorified clerk.

What will happen next? Will Oli and Bidya Bhandari resign? Will Oli fight on even to the extent of splitting off his faction of the never united party? Or will he dissolve the parliament, call for fresh elections that cannot be held anytime soon and impose president's rule in the meanwhile? Whichever way the scenario unfolds, the future of this Loktantrick dispensation does not look bright.

Nepal And The EU Share 20 Years History Of Partnership On Education By Jutta Urpilainen 9 hours, 46 minutes ago

Be Works By Hemang Dixit 10 hours, 47 minutes ago