Fed Up With Federalism

Fed Up With Federalism 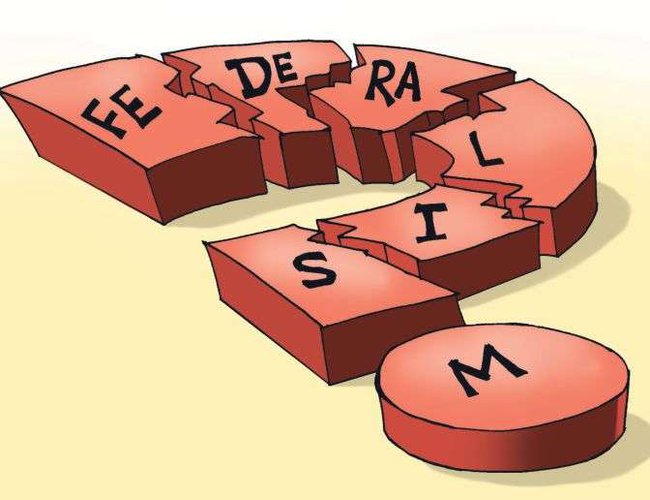 Federalism is an invention of the Americans who met in Philadelphia in 1787 to review the Confederacy, in which the states and the former British colonies, were originally organized. The purpose of that assembly was to find solutions to practical problems, and the most important was to form a national government that would guarantee peace, commerce, foreign relations and define the form of distribution of power between existing states, and the new national or federal government that was trying to establish it.

One of the major problems is that federalism has been inefficient since its adoption and truthfully, Federalism in Nepal has not worked. The autonomy of the provinces has been skillfully used by the local ruling elite as a political-legal subterfuge to cover up corruption and impunity. Federalism in Nepal, instead of serving to defend the different cultures and traditions of the regions and establish limits to power, has prevented forging the proper weights and counterweights.

Surely this is not in itself the problem with federalism. It is really a problem of concentration of power and wealth of some very few elites who are the ones who actually govern and promote simulation as a means to make their true and particular interests imperceptible. Our federalism still heavily relies on that first level of contact between the government and the citizen, which is the municipality. But that step, the closest to the public, has been the most opaque, the least robust, the most ancient, and one very prone to corruption without anyone asking for accounts. Our local governments are good for demanding budgetary resources, but bad for collecting taxes and even worse for implementing substantive public policies that provide good public services to people.

The regulation of transport, civil protection, and the environment, related to land use, and which concerns commercial establishments, garbage collection and treatment, parks and gardens, and much more, corresponds to local governments. But instead of supposing areas of opportunity to do things well, it has actually become a nest of corruption. We spend hours and days commenting on what the federal government announces, while at the local level nobody asks for accounts, nobody measures the quality of spending and nobody varies compliance with legal obligations.

The service provided by the local legislative powers is equally deplorable and, as we do not say, the vast majority of the judicial powers in the federal entities (lawyers who carry matters in the local jurisdiction know what I mean). In many courts, sentences are bought and sold. In short, justice is sold to the highest bidder. What can we do with this clamorous failure of federalist design? The route has to be rather in the sense of strengthening local government structures.

The recipe is well known, although no one remembers it. We need more government transparency, civil service career, accountability, effective parliamentary oversight, autonomous and independent oversight bodies, and a vigilant civil society. Federalism should be taken seriously, and it is not supposed to be a spooky simulation of political practice installed for us.

The question is, why doesn't the federal system work in Nepal? Someone well said, "If you put the federal government in charge of the Sahara Desert, in 5 years there will be a shortage of sand. This is exactly what is happening in our country. Federalism always promises heaven and gives hell to people. Federalism has led Nepal to an unparalleled economic disaster. Federalism in Nepal is a costly affair and it is obsessed with violence. Problems start when the government denies reality. The memory is sometimes cruel. It is hard for us to forget the loss of 17000 lives and the displacement of the family. Socialism, capitalism, or any other system is not relevant, not only for the conditions it generates but for the ideas it disseminates. This is true even if ideologies are followed incompletely or imperfectly.

Nepal is rich in natural resources with the largest natural resources in the world. How can a country like Nepal, who is rich in natural resources, face economic and political disasters? The fate of our country today can be traced to a very wrong revolution, incompetence politician, and their inadequate ideology. Luxury, comfort, and the indulgence of the people of the new Nepal is now turning sad. Living here in this federal system is like being strangled by injustice, suppression, and loot. People are the biggest losers in federalism. Complete failure in Nepal primarily stems from corruption, terrible incompetence, lack of development, and the lack of coordination between federal and state governments.

Uttarakhand Glaciers And Recent Disaster: A Lesson To Our Countr By Dr. A.B. Thapa 3 hours ago

Japan And Nepal Can Both Contribute To World Peace And Prosperity By Masamichi Saigo 6 days, 13 hours ago

Why Upstream And Downstream Linkage In The River System Can’t Be Ignored? By Pratik Poudel 1 week, 3 days ago