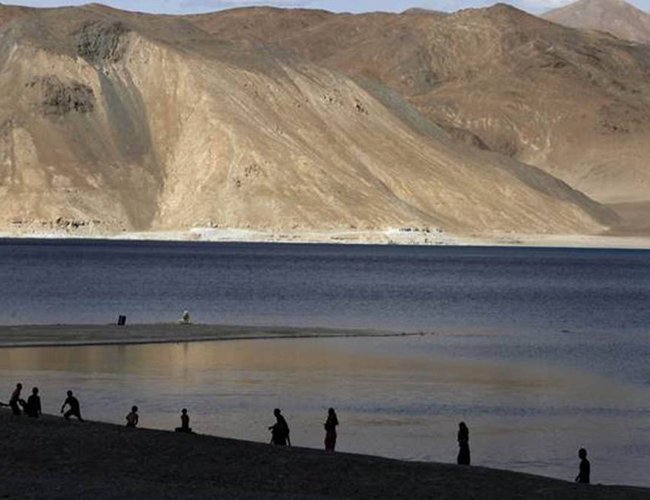 Even as the talks between India and China to resolve the nearly four-month long standoff in eastern Ladakh have been stuck in a stalemate since mid-July, the Army said on Monday morning that China has tried to create fresh trouble at a new point over the weekend.

The Army mentioned that the Chinese troops tried to change the status quo on the south bank of Pangong Tso on the night of 29 August and 30 August, an attempt that was thwarted by the Army.

“On the Night of 29/30 August 2020, PLA troops violated the previous consensus arrived at during military and diplomatic engagements during the ongoing standoff in Eastern Ladakh and carried out provocative military movements to change the status quo,” the Army said in its statement.

“Indian troops pre-empted this PLA activity on the Southern Bank of Pangong Tso Lake, undertook measures to strengthen our positions and thwart Chinese intentions to unilaterally change facts on ground. The Indian Army is committed to maintaining peace and tranquility through dialogue, but is also equally determined to protect its territorial integrity. A Brigade Commander level Flag Meeting is in progress at Chushul to resolve the issues.”

It is significant as while the north bank of Pangong Tso has been a major point of contention between the two sides in the standoff that began in early May, there has not been any issue regarding the south bank of the lake until now.

On the north bank the Chinese troops continue to hold the ridgeline of the Finger 4 spur, which is 8 km west of Finger 8, the spur India says the Line of Actual Control passes through. The Chinese troops have been strengthening their positions between Finger 8 and Finger 5 since the standoff began, and have refused to move back further.

Apart from Pangong Tso area, there has not been any disengagement in the Gogra sector, too.

In the north, in Depsang Plains, the Chinese troops are at a point known as the Bottleneck, which is 18 km west of the LAC. China has blocked Indian troops access to five patrolling points in the area, which is close to the strategically important Daulat Beg Oldie post of India near the Karakoram Pass in the north.

While the two sides have held several rounds of military and diplomatic discussions, there has not been any disengagement since July 14, due to China’s obstinate stand. China has been demanding that any disengagement be mutual, which means that both sides would have to pull back their troops by an equal distance, a condition unacceptable to India as it would give China an advantage due to the better infrastructure and easier terrain on its side.

India has been demanding status quo ante, for the troops on both sides to move back to their April-end positions.

Kanwar Groups Call Off Yatra After UP Government’s Appeal By Agencies 2 weeks, 2 days ago