Nepal’s economic salvation in fact comes from SMEs not from big foreign investments and large-scale industries. 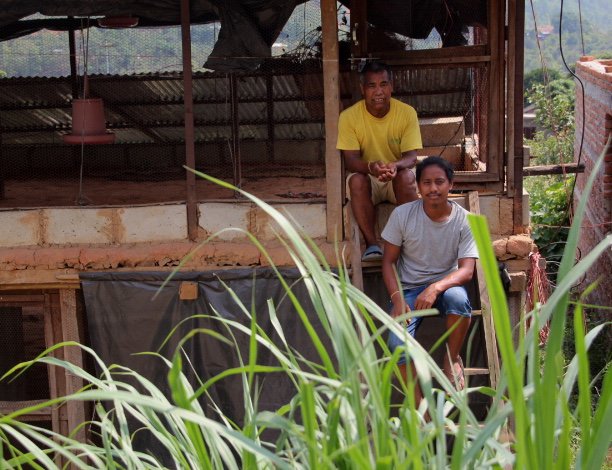 Despite unprecedented social progress and development strides which have lifted more than one billion people out of poverty in recent decades, soaring inequality, exclusion and extreme poverty continue to pose challenges around the globe. It is heartening that Nepal has recently risen up the ranking to a lower middle-income country from a low-income country, millions of people are still struggling to meet basic needs proving lopsided economic growth. Development plans from first to the recent fifteenth, have unfailingly prioritized poverty reduction, employment creation, inclusive economic growth and social inclusion among others. Nevertheless, chronic poverty still remains significantly high particularly in rural far-flung area of the country. In Karnali province, for example,51.2% of the population is multi-dimensionally poor, compared with the national average of 28.6%. Poverty can be seen harsher among Dalits: the so-called untouchables, Madhesi, marginalized communities, indigenous people and women.

Inequality of income and wealth is also substantial in Nepal. Gini index of 0.31 in 2075/76 shows high income inequality in the country. The burgeoning gap between rich and poor is both unfair and unsustainable. There is, therefore, a danger that increasing income inequality may lead to further political and social instability.

Nepal is experiencing a demographic dividend for 40.35 percent of the population lies in the age group 16-40. Unfortunately, Nepal is taking advantage of such youth bulge through their earnings from abroad instead of getting benefitted from use of their labor and skill in their own soil. Youths not in education, employment or training (NEET) also called discouraged youths have become the source of remittance trapping the Nepali economy into the so called ‘Dutch Disease’ a situation where the country’s focus is mainly on remittance overshadowing agriculture and industry.

Against this backdrop, if the government really wants to address the issues of poverty, inequality, exclusion and unemployment, inclusive and sustainable economic growth is sine qua non. Growth is said to be inclusive when it takes place in the sectors in which the poor work (e.g. agriculture);occurs in places where the poor live (e.g. isolated areas with few resources); uses the factors of production that the poor possess (e.g. unskilled labor); and reduces the prices of consumption items that the poor consume (e.g. food, fuel and clothing).Inclusive growth should create opportunity for the unemployed to participate in the economy by creating their own jobs, not mere creation of employment opportunities. The ideas of inclusive economic growth are a major departure from “trickle down” development thinking. Development in fact is meaningful only when it is inclusive and sustainable that benefits all.

Viewed from the perspective of sustainable and inclusive economic growth, agriculture sector in which rural people in general and the poor in particular work, has to be made a profitable venture through agriculture upgrading. Sustainable development of agriculture is the only option if the pace of economic development is to be accelerated, poverty is to be reduced and inclusive economic growth is to be ensured. Studies have indicated that a one percent growth in agriculture sector is 2-3 times more effective in reducing poverty than one percent growth in other sectors. Production driven economy, rather than innovation/knowledge-based economy like Singapore, is the need of the day. South Korea has experienced one of the largest economic transformations of the past 60 years though It started as an agriculture-based economy in the 1960s and became the 11th largest economy in the world in terms of GDP in 2016.Agricultural production and productivity growth in Vietnam facilitated industrial development and was a major factor in downing poverty. Countries like Israel, Nigeria, Brazil, Thailand and Ethiopia are making a big stride in economic front through agricultural development strategy. The agricultural development assisted greatly for industrialization in countries like US and Japan as evident from the significant progress made by them.

Promotion and protection of small and medium sized enterprises, which are labor intensive, use local resources as inputs, provide economic opportunities for low income people and produce output from cheaper locally produced materials is another viable option for ensuring sustainable and inclusive economic growth.

Considering that Nepal is a country of agro -biodiversity having potentials to produce cereal crops to high value exportable products, the structure of the agriculture sector itself has to change like in China. For example, China, is diversifying out of coarse grains into fine grains, out of staple grains in to higher valued crops and out of cropping into livestock and grains. Trade patterns are also changing in line with China’s comparative advantage. Learning from China’s advancement through agriculture development and production industry, Nepal too has to focus on production of high value crops and crops of comparative advantage e.g. large cardamom, ginger, tea, coffee, mushroom, apple, sweet orange, turmeric etc. in large scale and processing as well for value addition and export earnings. So, need of the time is smart farming, innovation and research with adequate investment in agriculture sector together with promotion of Small and Medium sized Agriculture Enterprises (SMAEs). Since most of the primary products that are required in industries are obtained from the agricultural sector, promoting local SMAEs is the most effective and sustainable solution for creating more inclusive growth and are the starting point of development in the economies towards industrialization. Nepal’s economic salvation in fact comes from SMEs not from big foreign investments and large-scale industries. A developed country like Germany is propelled largely by SMEs, not Mercedes Benz and similar large-scale industries.

In the context as discussed above, it is worth-mentioning the initiation of Small holder farmers to promote sustainable and inclusive economic growth of the country. In order to ensure inclusive economic growth, Small holder farmers themselves starting from 1993, in the ownership of their own, have so far created about 900 Small Farmers Agriculture Cooperatives (SFACLs)which are community-based organizations. These cooperatives are actively working in 74 districts of the country covering all three ecological regions and 465 local municipalities providing financial and support services to above 900 thousand households particularly poor, disadvantaged and marginalized comprising women, indigenous minorities, ethnic groups and other backward communities. Of the total members,78 percent are women, Dalits and indigenous minorities being 53 percent. Thus, these cooperatives exhibit the perfect example of social and financial inclusion. SFACLs are established targeting poverty centered isolated areas where banks and financial institutions are invariably seen reluctant to serve. In addition, SFACLs educate the small holder/marginalized farmers to do farming adopting modern farming practices and extend support to the member farmers in agriculture related various issues they face. Israel government’s support in this connection, by providing opportunity to the youngsters of small holder farmers to learn Israeli modern farming technologies has of course been worth appreciating. This program has been instrumental to attract youth in agriculture and creation of employment opportunity in rural areas of Nepal. Moreover, provision of homestay facility by the member farmers of SFACLs simultaneously serving local foods from organic produce has helped promote Argo-ecotourism thereby enhancing off farm income of the small-scale poor farmers. Women members’ involvement in micro enterprises operation has empowered them both financially and socially. Last but not the least, Small and Medium Agricultural Enterprises/industries (SMAE/Is), for example tea, dairy, pulse, rice, seed, mustard oil, managed and run by small holder farmers themselves in thousands in number across the country have helped farmers get reasonable price of their produce through value addition, storage and marketing. Considering that the farm has to get bigger and more efficient small holder farmer themselves have started making big farm by pooling their small plots of land. Rural Enterprise Financing project (REFP) being implemented with the loan support of Asian Development Bank is sure to add a new dimension to the poverty oriented structural transformation (POST) of rural economy as the small holder farmers themselves will be able to set up many more individual and collective agriculture enterprises/industries in rural area. Sana Kisan Bikas Laghubitta Bittiya Sanstha Ltd. (SKBBL) is committed to address the challenges and problems faced by SMEs often called missing middle by providing financial, technical, business development and marketing supports, in addition to linking start-up with the incubation centers.

Given that agriculture sector along with agriculture related local SMEs are sustainable solution for creating more inclusive growth, small holder farmers need to be given adequate incentives along with policy supports for agriculture upgradation apart from encouraging them to set up and operate SMAEs. SMAEs will start creating entrepreneurial culture which ultimately paves the way for industrialization of an economy. At least 900 thousand Small holder farmers of Nepal under the aegis of their own apex wholesale financial Institution (SKBBL) are united together to shape their destiny and contribute towards achievement of sustainable development goals in general and inclusive economic growth of the country in particular.

Dr. Shivaram Pd. Koirala is a CEO of SKBBL

Ending Extreme Poverty Through Responsible Finance: MFIs Could Be Instrumental
Apr 16, 2021
Attracting And Maintaining The Youth In Agriculture
Jun 15, 2018

Water Management In Mountains: Snow Water As An Alternative By Pratima Sharma and Chiranjibi Bhattarai 4 days, 5 hours ago

What West Seti Power Project Can Mean For India-Nepal Ties By Yubaraj Ghimire 4 days, 15 hours ago