The way we perceive activism plays a crucial role in our readiness to stand up for our own rights. 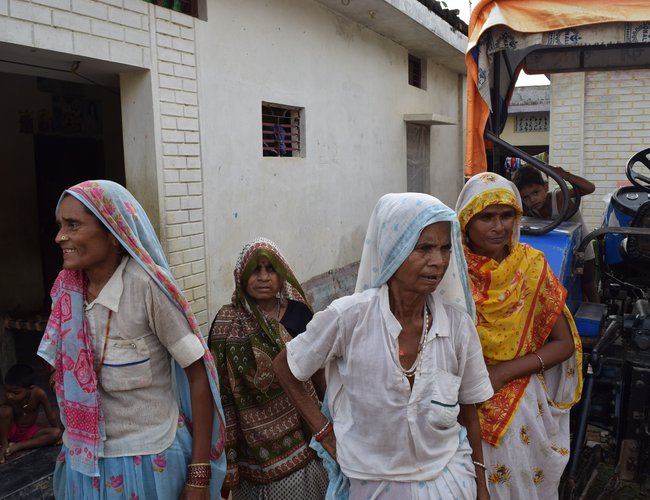 The recent events involving Dr. Govinda KC’s satyagraha invite to reflect on the importance of activism and the consequences of inaction. In solidarity with Dr. Govinda KC, people all over Nepal were staging sit-ins and1-day hunger strikes, gathering in different locations in the capital on daily basis. Nepalis abroad, like the diaspora in the United States, also mobilized, organizing virtual rallies.

However, the question: why wasn’t there a more massive public outcry? remains unanswered. The risks related to public outings in the midst of a pandemic comes to mind as the most probable hypothesis.

- This is the fundamental reason behind fewer people coming to join the protest campaigns–claims Om Prakash Aryal, Supreme Court advocate and member of Dr. KC’s team that negotiated with the government the demands put forward by the Satyagrahi. - I also deliberately avoided some of the protests and suggested limiting the number of participants in some of the events called by our campaign team during this pandemic period. We did not encourage the health professionals to organize mass protests. Intellectual circles, professionals, senior members of civil society spoke to us to share their strong solidarity but did not join public protest events due to the pandemic.

However, as a youth activist Sanjaya Singh KC pointed out, cafes and restaurants in the cities were full at that time which weakens the argument that safety was a primary concern for the people to the same degree it was for the campaign’s organizers.

- Might the oppression of civil rights that Nepal witnessed in recent years have affected people’s involvement? - I asked Om Prakash Aryal.

- I do agree with this hypothesis. On 2074/11/8 BS (2018/2/20 AD) Chief District Officer of Kathmandu had issued restriction order which outlawed protest, demonstration and public assembly in the places other than the seven locations of Kathmandu District specified in the restriction order. Hence, protest, rally, demonstration, public assembly in noticeable places like Maitighar Mandala, Baluwatar, Baneshwor, Ratna Park were banned. Although on 2075/3/22 BS (2018/7/6 AD) Supreme Court issued an interlocutory order to suspend the implementation of that restriction order, Kathmandu CDO is again imposing restrictions on the pretext of Covid-19. A segment of civil society led by Dr. Govinda KC conducted disobedience campaigns for several weekends in restricted areas anyway, and a number of demonstrators were arrested from Maitighar Mandala and Baluwatar area and kept whole day under police custody without giving any written reason thereof. Government authorities and ruling party leadership generally term the demonstrations as anti-government activities – concludes Om Prakash Aryal.

The fact that during the last Dr. Govinda KC’s satyagraha rallies in support of other causes were held in Kathmandu, challenges this hypothesis as well, posing a question whether part of the problem lies in general public not taking ownership of the issues Dr. KC is fighting for.

- General public understands that Dr. KC is a truly selfless activist fighting for justice to the medical students, health professionals, and ordinary people including the rural, poor and marginalized communities – claims Om Prakash Aryal. - His genuine supporters are of mainly three kinds: medical fraternity, civil society and ordinary citizens. And although some people disagree with some of his demands, they defend his benevolence. Thus, public outcry appears when his life would be at real risk due to government’s criminal negligence. Although the essence of his satyagraha is gradually being understood,I do agree that some of his demands are yet to be adequately owned by the people.Since satyagraha is an enlightenment process which may propel the people to change their mindset to accept and own the right cause.

It doesn’t exhaust the topic though as the range of reasons seems to be even wider.

- Politicization divides people,they build their opinions not based on the notion of what is wrong and right but only as per their affiliation with one party or another – says Sanjaya Singh KC. - Maybe, we as a society or as voters have been programmed to elect the wrong people to power. No matter how disappointed we are with the political system, during elections our power to vote is largely used to satisfy our ego based on political affiliations, ethnic orientation, religion, communal-ism or personal interests.

Lawyer Om Prakash Aryal also sees politicization as another reason for the lesser involvement of civil society in the public demonstrations:- A number of groups emerged pretending to be civil society but advocating for ultra-nationalist agendas. Genuine civil society who supports Govinda KC’s cause is reluctant to join the ultra-nationalist groups during demonstrations. Sometimes even the ruling party affiliated forces come to the streets to defend their political masters. It clearly proves the tendency of shrinking civic spaces. In this condition, we strategically choose to remain smaller in number in the public demonstrations but always try our best to ensure that our social cause would be visible to all stakeholders with a view to collaborate with moderate civic forces, while keeping some distance from politically motivated conservative forces.

- I believe political culture and the mindset of the citizens has to be changed first for any kind of positive transformation which we are hoping for in Nepal – continues Sanjaya Singh KC. - We often blame the political leadership for all that goes wrong, but we fail to contemplate and identify the main reason which lies underneath. We hardly realize that those who get elected represent the attitude, beliefs and common traits of the society that we live in. The problem is that an ordinary citizen is more concerned about one's rights but is largely ignorant about their responsibilities. While the only way out of the mess that we are in right now is to realize our power, people's power. The future generations, especially young people, have to rise above political ranks, inclinations and affiliations. The older generation who have almost been in the driving seat for the past four decades have to leave it to the younger ones who are aware of ways to get things done in the context of the XXI. century. If that doesn't happen with the goodwill, the younger generation have to come forward to take control of what they actually deserve, at least for the sake of the nation – advice the activist.

The events around Dr. Govinda KC’s 19th satyagraha highlighted the generational shift in leadership. The young social activists got involved on a more massive scale than the established ones.

The second visible change, very much related to the previous one, is that the movements are grass-root level-driven, not third sector-driven. The new technologies, especially social media, played a crucial role in this transformation. A mobile phone with access to the Internet democratized and decentralized greatly the leadership, making a previously dominant model of an organization counting on infrastructure, staff and special budget for a media campaign obsolete. Today’s activism achieves more (in terms of outreach) with less (resources).

Going back to the cause Dr. Govinda KC has been advocating tirelessly for since so many years: it is true that he became the face of this movement. He has been the one risking his life too.However, no man can carry a revolution through a finishing-line alone. Nor should he.

The rest shouldn’t delegate something that benefits themas well to others to take care of it, be it healthcare system or any other matter. Dignifying living conditions and basic human rights concern everyone equally. Some just decide not to get involved and leave this fight to others. But activism is not an occupation of few, it is a civic responsibility of all.

There have always been three kinds of people: inactive, those prone to action if encouraged, and those who inspire, push, lead, mobilize. While we owe Dr. KC and others of his species - disruptions, doers, change-makers that take the societies to the next level - our gratitude for their inspiration, we will only honor the sacrifices they make and the risks they take by responding their call.

But most of all, when it comes to our own basic rights, it is ourselves we betray whenever we remain passive.

There is a joke circulating in social media: Mahatma Gandhi went up to God and inquired about the status of three monkeys on Earth. God replied: “They are very happy. The blind one has become judiciary, the deaf is now the government and the mute are citizens.”

Which of those conditions is the most dangerous one? The blind and the deaf would be powerless without the mandate bestowed on them by the mute. It is the deafening and enabling silence of the citizens that allows the others to thrive.

Nepal Is Bearing The Disproportionate Burden Of Climate Change By BHARAT RAJ PAUDYAL 1 day, 13 hours ago

Refugees In Nepal: Recognition And Inclusion By Deepesh Das Shrestha 4 days, 7 hours ago

Nepal’s 2022 elections: a step towards democratic consolidation? By Sovit Subedi and Bishnu Adhikari 5 days, 7 hours ago

The Fantasy Of Democracy & Republic Morphing Into Delirium By Kedar Neupane 6 days, 7 hours ago