Despite being the most faithful followers of religious activities, religions have exercised all forms of violence against women- physical, psychological, religious, and symbolic 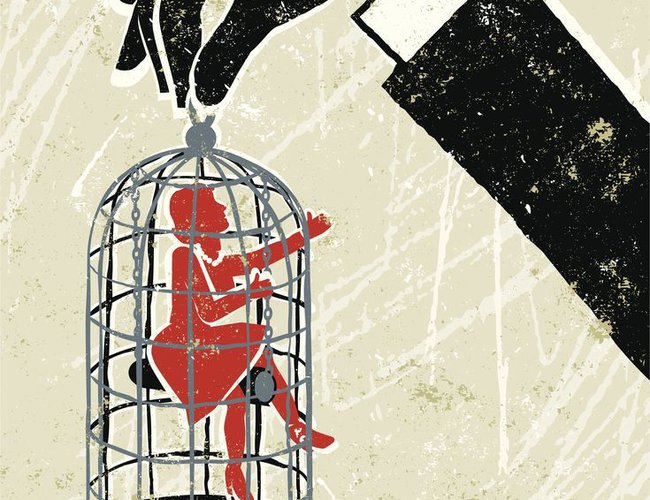 Although the role of women has changed little in comparison to men, there are many areas in which it remains relegated. In the lives of women, whether believers or non-believers, religion continues to play an important role either directly or through its traditional influence in society. There is no society in which women have had dignity and fundamental rights. In the same way, we do not know any religion that does not discriminate. Religions never contradict their societies. No religion believes in feminism, because in none of them have women been recognized for their individual freedom and therefore has not had a prevalent role.

Reincarnating as a woman in Hinduism means that in the previous life a lot was missed and there is something to purge. But then, what about Hindu widows who were previously thrown to the husband's funeral pyre? Women are not masters of their own body- a body which is controlled by the confessors, spiritual directors, or spouses. Women enjoy fewer rights than men in every corner of the world and this is nothing new. However, change seems to be happening slowly. There are already important transformations underway, but there is still a lot left to progress. Patriarchy, with more or less virulence, is still a cruel reality on the whole planet. It cannot be specified how those changes will follow and at what speed. All religions are not able to play a precise progressive role in this change. Religions should help to equalize gender relations and promote and maintain that repudiates unjust differentiation.

Despite being the most faithful followers of religious activities, religions have exercised all forms of violence against women- physical, psychological, religious, and symbolic. Religions are often the ideological-cultural justification for avoiding changes in women's equality and maintaining structures of social control and power maintenance. Women still do not achieve a position as high as men are in religion. Women have been so brutalized in all religions. Holy Scriptures of the Catholic tradition, Wisdom of Sirach 22:3 says it is a disgrace to be the father of an undisciplined son, and the birth of a daughter is a loss. Confucius was a Chinese teacher and a great Chinese thinker says that "Woman is the most corruptive and most corruptible there is in the world”. Muslims have already established patriarchy in their holy book on Noble Verse(s) 4:34 stating “Men are in charge of women by what Allah has given one over the other and what they spend for the maintenance from their wealth. So righteous women are devoutly obedient, guarding in the husband's absence what Allah would have them, guard. But those wives from whom you fear arrogance - first advise them, then if they persist, forsake them in bed, and finally, strike them. But if they obey you [once more], seek no means against them. Indeed, Allah is ever exalted and grand”. The Manusmriti also was known as Manav Dharam Shastra and it says “Day and night, women must be kept dependent on the males of their families. If they attach themselves to sensual enjoyments, they must be kept under one’s control. Her father protects her in childhood. Her husband protects her in youth. Her sons protect her in old age. A woman is never fit for independence.” Rig Veda Chapter 8 Hymn 33 says “The mind of woman brooks no discipline, Her intellect hath little weight. These are just a few examples of how women are viewed through different religions. However, women are the most faithful followers of religions. The religious oppression of women is universal, regardless of the rich or the poor.

Religions perhaps cannot be otherwise given the social role they play as they tend to be conservative. Women always leave bad stops from the ancestral machismo that constitutes us. All religions make women the "scapegoat" that reinforces the macho construction. However, it's time to break those atavistic schemes. Why should the fate of women be contingent on a few misogynistic men but beyond these enormous difficulties? It is an ethical issue, imperative of all society (men and women) to consider these changes.

One of the social trends emerging in the twenty-first century is the progressive "empowerment" of women in our society. Feminism is all theory, thought and social practice, policy, and law that aims to make things clear and end the oppression endured by women and thus achieve a more just society that recognizes and guarantees the full and effective equality of all human beings. Feminism is freeing the mind from the patriarchal system and religion, which are major threats to women. There are different forms of gender violence against women, which are justified in the name of custom or religion and prevent access and enjoyment by women of their basic human rights.

I am not questioning the faith and how it defends religious freedom. Freedom of religion cannot be accepted as a pretext to justify violations of women's rights. God has created women and men equal in dignity. Religions have failed to take advantage of women. The issue is broad and very complex. There are positions and ideological positions in either direction, so this issue is not easy to address. I wonder what the role of religious structures is in all this, and whether they are religious discourses that serve as instruments of oppression of women.

Refugees In Nepal: Recognition And Inclusion By Deepesh Das Shrestha 2 days, 1 hour ago

Nepal’s 2022 elections: a step towards democratic consolidation? By Sovit Subedi and Bishnu Adhikari 3 days, 1 hour ago

The Fantasy Of Democracy & Republic Morphing Into Delirium By Kedar Neupane 4 days, 1 hour ago

Political Rise Of The Alternatives As Loktantra Decays By Dipak Gyawali 5 days, 3 hours ago