Our political system, Democracy, starts from the same approach: the majority imposes its decisions on minorities who, little by little, are becoming disenchanted and moving away from democratic ways and channels 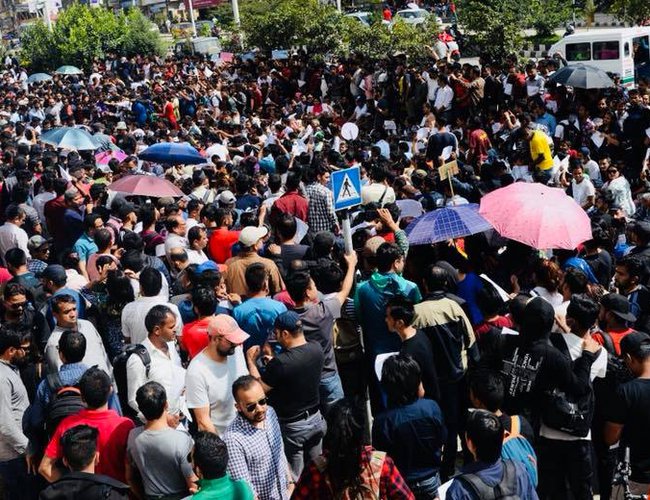 Sociocracy, in which society as a whole has sovereign rights.(Webster's Dictionary) . Its purpose is to solve the fundamental problems that the democratic system currently presents, creating spaces of security and trust in which all people feel involved in the decisions that are adopted.

This form of governance was developed by a Dutch teacher (Kees Boeke), then elaborated in detail by Gerard Endenburg. The term was first formulated by Auguste Comte (1798-1857) to designate a form of government where power would belong to Society (people who share values and interests), as opposed to democracy (mass of the population having only a few values in common).

Sociocracy is life beyond democracy. Our political system, Democracy, starts from the same approach: the majority imposes its decisions on minorities who, little by little, are becoming disenchanted and moving away from democratic ways and channels. Sociocracy involves the involvement of all the people who have participated in a decision; all decisions and agreements in Sociocracy are subject to a review in a certain period of time.

Sociocracy is based on four important principles: A resolution can only be passed if no further objection is raised against it. Circular structures replace line hierarchies. Circles are linked twice and Functions and tasks are divided up in open discussions according to the no-objection principle.

The way things are going in Nepal, it looks like democracy is slowly dying. Many experts are observing that representative democracy, which has constituted extraordinary progress and slowly running out of steam. The growing difficulties of representative democracy are manifold: the increasing complexity of the issues while the problems are treated separately in a non-systemic way; the lack of transparency in decision-making by elected officials; the difficulty of making the interests of elected officials coincide with the interests of voters, the former seeking above all to be re-elected, which encourages them to adopt a short-term vision rather than dealing with problems, etc.

Sociocracy is a democratic and efficient way of governing: decisions are made through consultation with all concerned (horizontal governance) and implementation works quickly and efficiently through the vertical organization.

At the level of a municipality, a region, or even a local level, it seems challenging to consult all citizens. The election without a candidate could be a way of democratically appointing competent leaders for the set mission, having the confidence of all, and assuming a responsibility that is not linked to a quest for power.

Sociocracy is beautiful because of the way it works. Every decision is reached when there are no more objections. Decision structures are parallel to the functional hierarchy. It connects the circles of different levels to each other by a member of both and there is an election without candidates (nomination by discussion then consent, without prior candidates and objective criteria, range of choice not limited by a fixed number of candidates, no losers).

Sociocracy allows everyone to participate; it can be implemented in all types of structures and with people of all ages and cultural levels. With this type of transparent government that respects the individual, people take responsibility and feel motivated to participate and collaborate; this helps to strengthen the social fabric or even recreate it where necessary. This will help to flow information from top to bottom and from the bottom to top to satisfy citizens and society.

Sociocracy helps strengthen the connection between politics and policy and the perception of residents and prevents unilateral interests such as local government processes, budgets or local rulers from being decisive in advance when it comes to decision-making. Sociocracy provides a holistic collection of principle-based collaboration patterns that enable complex problem-solving approaches through gradual change.

The Democracy we are practicing now has a decisive disadvantage, which is particularly serious in small communities: minorities can always be outvoted and in most cases find little or no hearing of their views. Sociocracy offers several approaches to counter this problem. It is based on basic principles that make it possible to take everyone involved with you. The main aim of the sociocracy is the Inclusion of everyone involved in decision-making with Transparency.

Reshaping society in the direction of a desired image of the future should be the common vision of a political organization. Freedom of expression is being severely restricted, television is salting government propaganda, freedom of assembly is being restricted, opposition activities are being restricted, and the independence of the judiciary is being destroyed. A party with money and power always takes over the society whenever elections happen and citizens only receive the information that the government wants them to receive to vote accordingly.