Professor Seijiro Takeshita teaches management, international affairs, and innovation at the University of Shizuoka. He spoke to Keshab Poudel at various issues. Excerpts: 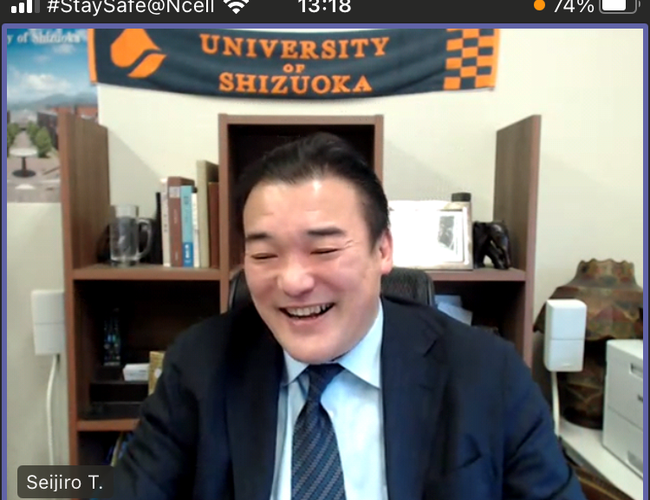 As India and China have been rising militarily and economically, what implications it has in South Asia?

Certainly, there increase in ambiguity and worries. Chinese are increasing their military spending and presence in the past decades, it is causing uneasiness in the region. Look at the last military spending coming through the Chinese, it is clear that they are continually expanding their powers particularly in regards to hegemony in this area. This raises the alarm over the leaders of the free world including the United States. Unfortunately, we had a very negative situation in the past four years as the lead in the free world United States was non-existent. President Trump was busy burning down the bridge built connecting western alliances.

How do you see Chinese power?

China is not only military power, they are gearing up through trade power, communication power and financial power. You can see this in many countries including in Africa. Chinese are trying to influence their hegemony beyond the field of trade. So, this is bringing very negative unrest in the region.

Sandwiched between India and China, how would you see a likely scenario for Nepal?

It is crucial in the region. The aggression of China in the region is very evident. India, which is expected to be another superpower, has not in very good relation with China. One of the important things for Nepal to play a role of a negotiator in between two rising power and to neutralize many of the tensions. Nepal has a very important role to play in between two powers. Nepal can help to ease the tensions.

How it is possible for Nepal?

As Nepal is not a big military power, Nepal can be a good third-party negotiator between India and China. Nepal has a very important role to play in the future. I firmly believe that the clashes between India and China are inevitable in the future. China is not going to back off. Look at what the Chinese are doing in Hong Kong. After looking in Hong Kong, it has sent a weak up call for western countries as well. Given the changing geopolitics, Nepal has a tremendously important role to play in the future.

Given the current situation, a country like Nepal is facing assertive China as a neighbor even recently it has made effort to settle disputes of two communist factions. How do you advise for a country like ours which has two big neighbors?

Being smaller than the two parties is your strength. Your weakness is actually your strength. If you were a big military power, you would not have any power to play any role. However, you have a unique position. The danger here is China is enhancing its trade power and telecommunication dominance and eventually finance.

How do you see Chinese economic power?

I don’t believe economic prosperity could drive oppression or suppression. Chinese government utilizes this. Following the COVID-19, the situation will be different. Regression away from international trade or globalization is not a good way. Countries are outsourcing their investment from China because of aggressions of China. Many countries are trying to go into a trade without China. Japan has decided to subsidize many of the companies which would transfer their base from China to other countries like Vietnam and other Asian nations. Many nations come to realize that concentration in China is a risk. It is very dangerous.

Is it a good idea?

In the global perspective, it is not a good thing to do but it has to be done by a certain degree because of the aggression one has seen. 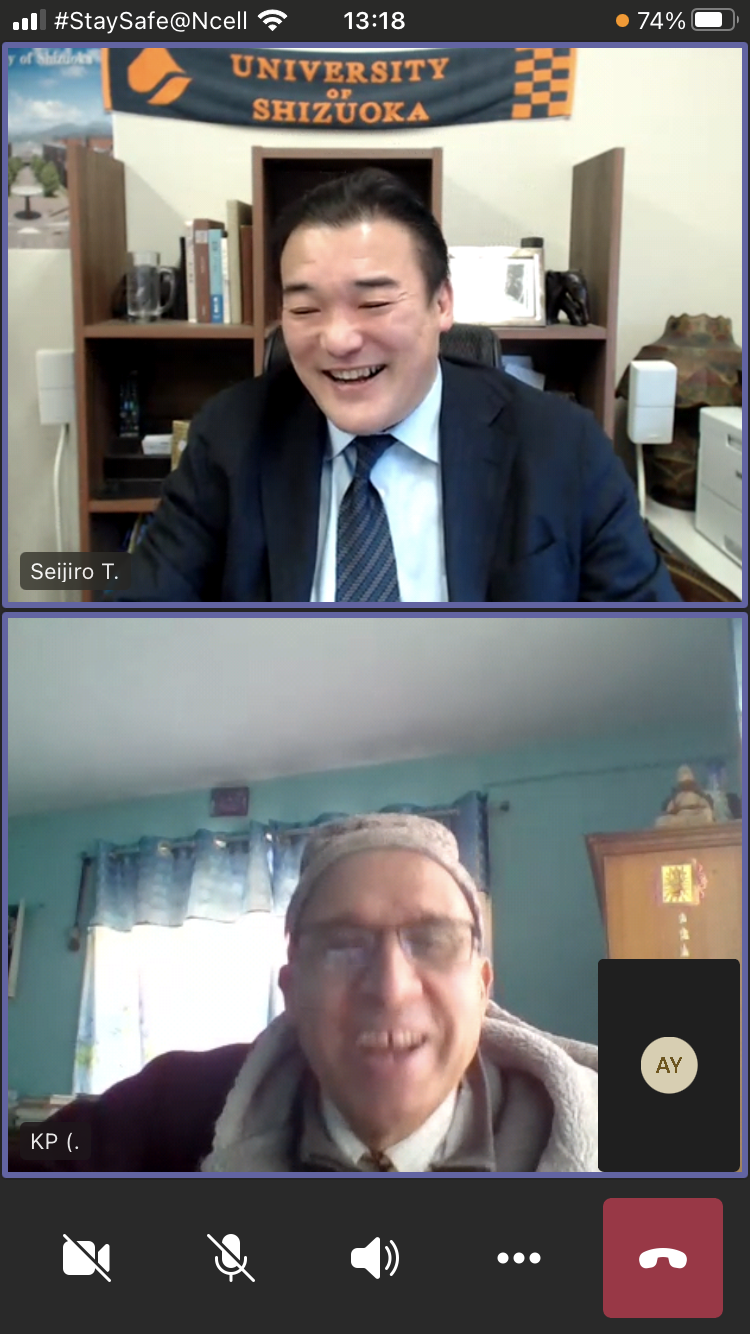 What Nepal’s is the role being in the future?

I think you are a wonderful negotiator and litigator between two gigantic nations. In order to do that, you need to stay neutral. Leaning towards China would mean that exiting away from free world trade which will not be a prosperous move. I am pretty sure that the Chinese will come up with a lot of packages as they have been doing in Africa and other countries. But in the long term, the citizens of Nepal will prefer to be free Nepali. This is so where you need to be very careful trading this trend.

Given your long experiences, professor what do you suggest for a country like Nepal for its survival as a peaceful nation?

As I have mentioned, you need to maintain your neutrality. You have a lot of benefits both geographically and geopolitically as well. This is what history also tells you that you have a lot of confrontations and tensions as well as a good relationship with these two neighbors. As you are in a position not to give a threat to either the parties, you are in very idle positions to a very good negotiator or litigator. Your country can be cushion from the aggression of China.

Since the establishment of diplomatic relations between Nepal and Japan, Nepal has been receiving enormous economic support as well as moral support from Japan. Will it continue in the future?

Along with Japan more and more international alliances of the free world have come to realize the importance of Nepal. From a trade perspective, I have started to realize that the aggression of China is not going to get lower but it will higher. There need to have a coalition of the free world. As many Japanese companies are pulling out of China and going to Vietnam and Myanmar, Nepal also can take benefit by offering space. There needs a strong connection of Asian nations which ward off the unnecessary aggression of China. Japan should try to figure out the situation where helping Nepal should help us.

How does Japan feel a growing alliance between Russia and China and the Indian Ocean?

The Japanese public is extremely naive about the geopolitical situation and growing Chinese threat. Japanese media have just started reporting on the South China Sea and Indian ocean. Japan is a very peaceful country and we don’t accept any conflict.

What Did Nepal Learn From Ghana? The Perspective By A Correspondent 2 months, 3 weeks ago