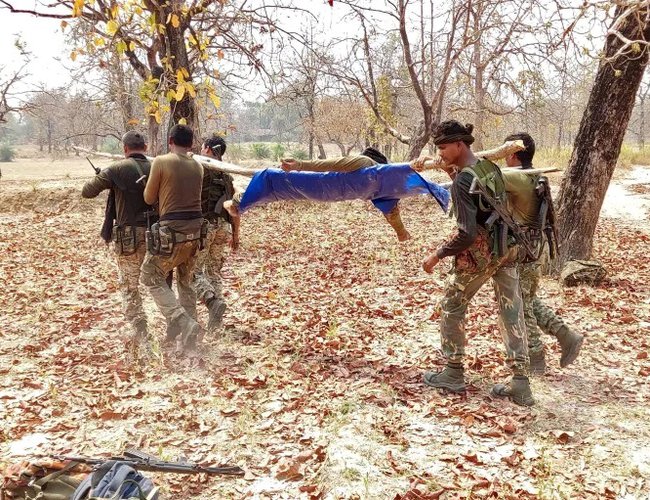 At least 22 Indian security personnel were killed and 30 injured in an ambush by Maoist rebels in the central Indian state of Chhattisgarh, the deadliest incident of its kind in four years.

Officials said on Sunday that security personnel belonging to the Central Reserve Police Force’s elite CoBRA unit, the District Reserve Guard, and the Special Task Force were attacked on Saturday in the tribal-dominated Chhattisgarh state during an anti-insurgency operation.

“We can confirm that 22 of Indian force members have been killed by Maoist fighters,” said a senior government official in Raipur, the capital of mineral-rich Chhattisgarh.

They were killed in firing that lasted for four hours in the border district of Sukma, 540km (340 miles) south of Raipur.

The death toll was the worst for Indian security forces battling the far-left guerrillas since 2017.

On Saturday, senior police officer DM Awasthi said hundreds of police and paramilitary soldiers raided a hideout in Bijapur district after receiving intelligence that a large number of rebels had gathered there. At least five security personnel were killed in the incident.