Insight Into The Political Economy Of Nepal’s Development 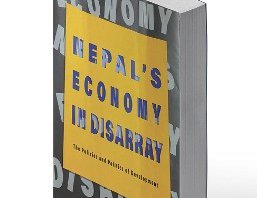 Nepal promulgated a new Constitution in September 2015 following a long period of conflict, instability andlack of direction. The Constitution is a progressive document that declares the State’s commitment to ending all forms of discrimination and oppression created by the feudalistic, autocratic, centralized, unitary system of governance that Nepal characterized in the past.

In its progressive vain, the Constitution also aims at achieving sustainable economic development, stimulated by rapid economic growth, by way of the maximum mobilization of the available means and resources in the country. This is to be done through the participation and development of the public and private sectors and cooperatives and by developing a socialism-oriented, independent and prosperous economy. Such an economy is perceived as a necessity in order to build a society free of exploitation and one in which economic inequality is abolished through an equitable distribution of gains. This economic objective of the State is accompanied by a remarkable commitment towards social transformation and change. This objective challenges the governments under the new Constitution to reorient the national economy and, in place of a stalled and tattered economy, build one that will help achieve the State’s progressive commitments. 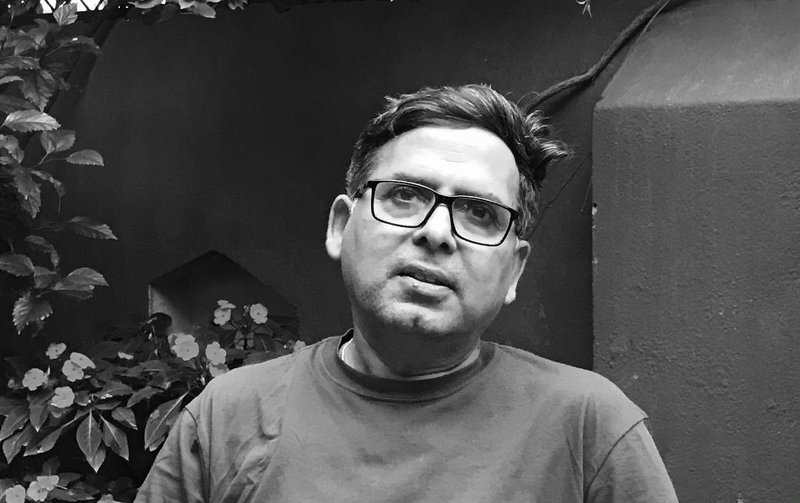 Nepal’s Economy in Disarray: The Policies and Politics of Development (New Delhi: Adroit Publishers, 2019), co-authored by Pushkar Bajracharya, Mohan Das Manandhar and Rojan Bajracharya, provides a timely and accurate context of Nepal’s economic challenges. The objective of the book is to pursue a comprehensive, in-depth and evidence-based inquiry into Nepal’s economy and development initiatives. The reason is very clear. In the words of the authors, “Nepal’s efforts to democracy, citizens’ sovereignty and inclusiveness leading to the federal republican nation within a short period of democracy have been topsy-turvy [a state of utter confusion] with varied effects on development. Even Nepalis populace seem to be confused about how really to attain development and what is the development from our/their own perspective. Have the political leaders/parties in governance and otherwise, exhibited proper vision and adopted appropriate strategies or not? And, have we really failed as a nation-state as is being argued in some quarters?” Obviously, these are critical questions for any student of the political economy of Nepal.

The book is divided into nine chapters: Chapter 1 is an introductory chapter. Chapters II and III provide the background to the pre-1990 and post-1990 scenarios when the system of parliamentary democracy was restored in Nepal. The country’s major economic sectors, i.e. agriculture, industry and market and services, have been separately analyzed in Chapters IV, V and VI. The authors have characterized education and human resource development as the foundation and have discussed this sector in Chapter VII. Then comes the review of Nepal’s infrastructure sector as another foundation of its economy. The book clearly shows that the development Nepal has accomplished in all sectors over the decades is vast, varied and certainly incremental. Despite the progress noted, the book argues, Nepal’s economic development has been slow and unsteady. Corruption and rent-seeking attitudes are deeply rooted in politics and bureaucracy, jeopardizing the development process. The authors claim:“So, even if the words are harsh, it may be deduced that we have not simply initiated development, whatever, little is done due to vested interests or because of unintended outcomes generally bogged down by perspective of retaining to power and signaling the Nepali populace with claims of ‘bigger development’ not supported by investment, activities and initiatives. Finally, the country’s recent political transformation to a federal republic has yet to be properly institutionalized. Further, political instability is a possibility, especially given the increasing inequality in wealth and income.”

The main constraints to accelerating growth, investments and exports are a lack of economic infrastructure, a limited skills base, increasing vulnerability to climate risks and a low emphasis on establishing a sound investment climate and foreign direct investment in the agriculture sector. The focus needs to be on sustainably increasing agricultural productivity through the management of natural resources and investment in physical and social capital, including scaled-up agricultural intensification. Developing climate-resilient export value chains, post-harvesting processes and agribusiness to increase market outlets are also as necessary. Adding value to agricultural produce and generating employment in rural areas are essential components of long-term development. Of course, improving the nutritional status of poor rural people and vulnerable groups should always be a matter of concern.

The link between the development of the agriculture sector and economic growth has also been studied widely. Johnston and Mellor’s heavily-cited paper, “The Role of Agriculture in Economic Development” (1961), highlights the important role that agriculture development plays in overall economic growth through five propositions: Agriculture development meets the increased demand for agricultural products as an economy grows, it leads to an expansion of the export of agricultural products, leading to increased income and foreign exchange earnings, and it provides the labor force necessary for manufacturing and other expanding sectors. It also has the potential to contribute to the necessary capital for overhead investment and expansion of other sectors. Finally, the agriculture sector can also lead to increase cash income for the farming population, which may also be an important stimulant of industrial expansion. 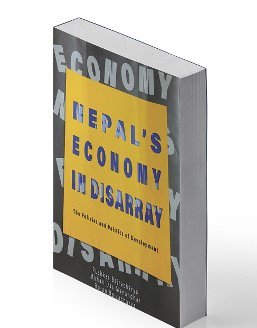 Evidence of this link between the development of the agriculture sector and economic growth can be found in various countries leading in the agriculture sector. For example, although the agriculture sector’s share in India’s GDP has decreased to around 15 percent in the last decade, it employs around half of India’s population and accounts for much of the volatility in the India GDP. Moreover, some argue that agriculture in India plays a vital role in contributing to higher GDP growth and other economic indicators, including employment, poverty reduction, and equal distribution of income.

India’s agricultural sector has a long and rich history. A2012 study found that agriculture had a significant positive impact on economic development (defined as a measure of standards of living and quality of life) from the time period between 1950-51 to 2009-10. During this period, in the 1970s, India also launched the Green Revolution under Prime Minister Indira Gandhi, which focused on introducing high-yielding varieties of rice and wheat for the purpose of increasing food production in various provinces of India, and especially, Haryana, Punjab, and Uttar Pradesh, and leading India to become self-sufficient. This strategy was accompanied by subsidies for fertilizers, pesticides, as well as electricity in order to pump groundwater for irrigation.

The Green Revolution led to yields improving by more than 30 percent in the state of Punjab, while the capital acquired large quantities of grains at minimum support prices in order to distribute them to the poor at subsidized rates. It also had negative effects, however, including a decline in the production of indigenous grains, wide regional and interstate disparities in development as well as a developing water crisis. However, even worldwide, research has shown that the adoption of Green Revolution tactics, like modern varieties of seeds, is associated with productivity growth as well as increased food production, decreased food prices globally, increased average caloric intake, and, correspondingly, improvements in health and life expectancy.

Moreover, since economic reforms were introduced in the 1990s, India has been a net exporter of agri-products, reaching INR. 2.52 lakh crores in agri-exports in the 2019-20 fiscal year. Key agri products exported include marine products, basmati rice, buffalo meat, spices, non-basmati rice, cotton raw, oil meals, and sugar, among others. The major destinations for export were the USA, Saudi Arabia, Iran, Nepal and Bangladesh. Even in the 2020 year, while the export of merchandise took a hit by falling by 15.5 percent year-on-year, farm exports reported a 9.8 percent growth, given the lack of impact on the agricultural sector during the coronavirus lockdowns. India’s experiences with agriculture demonstrate the key role it has played in changing the face of national development and improving the economic conditions of the people.

Another country where agriculture has played a major role in economic development is China, where between 7 to 9.3 percent of the GDP is accounted for by agriculture in the past decade. Farming, forestry, animal husbandry, and fisheries contribute to a significant portion of China's GDP, making it the world's largest agricultural economy. This is substantially greater than in affluent countries like the United States, the United Kingdom, and Japan, where agriculture accounts for roughly 1 percent of GDP.

Agriculture in China has evolved dramatically since the 1978 economic reforms. Four out of every five Chinese people worked in agriculture prior to the reforms. However, when property rights in the countryside became more established, this altered, resulting in the emergence of small non-agricultural companies in rural areas. Rice, cotton, pig, fish, wheat, tea, potatoes, corn, peanuts, millet, barley, apples, cotton, oilseed, pork, fish, and more are all produced in China. Government backing and low labor costs help the country's agricultural exports remain profitable, albeit a disjointed transportation network and a lack of cold-storage infrastructure are a hindrance.

As mentioned earlier, the 1978 reforms were vital in stimulating economic growth in the agriculture sector of China. China’s agricultural sector’s output increased by over 61 percent between 1978 and 1984 and followed after the country adopted a system that stressed individual responsibility in place of communal decision-making and rewards. More specifically, this new system, the Household Responsibility System, allowed households to retain the remaining output after satisfying contractual obligations, which then stimulated the farmers’ incentive to produce and led to an increase in agricultural production. A research study found that over 75 percent of the productivity increase may be accounted for by the payment system changes, while the remainder can be attributed to price increases.

When comparing the pre-and post-1979 periods, it becomes clear the vital role that agriculture development played in kickstarting China’s economic growth. Prior to these reforms, China had focused on growing industry by taxing the agriculture sector and without investing anything back. After the introduction of the Household Responsibility System and in combination with market-oriented reforms, China rose to become one of the fastest-growing economies of the world, and its growth was driven by market and export orientation as well as increased levels of foreign direct investment. This evidence shows that agriculture growth can substantially contribute to the growth and transformation of the economy, even if it does not act as the primary engine of this growth. This goes back to support the thesis that the agriculture sector, whose importance is engrained in Nepalese society as well as the economy, cannot be disregarded and, rather, should be approached as a vital tool for transforming Nepal’s economic development.

Conclusively, the book Nepal’s Economy in Disarray: The Policies and Politics of Development presents Nepal’s economic history and the nature of its development challenges very well. It is one of the prescribed books for the postgraduate students of public policy in Kathmandu University as well. It does not, however, explore the future of the Nepalese economy with clear guidelines.

The authors have noted their determination to“ explore policy prescriptions and reform measures to transform the nation regaining paradise and steer it on a clearer course of sustained growth with equity with proper distribution to ensure a sound quality of life to all Nepali populace.” Accomplishing this objective will certainly add further meaning to the book that is already making headway in the local market.

Nepal And The EU Share 20 Years History Of Partnership On Education By Jutta Urpilainen 9 hours, 21 minutes ago

Be Works By Hemang Dixit 10 hours, 22 minutes ago