China was eager to help Nepal with vaccines, but the government seemed hesitant to request its neighbor. The reason is that it didn't want to provoke India on this emergency health pandemic 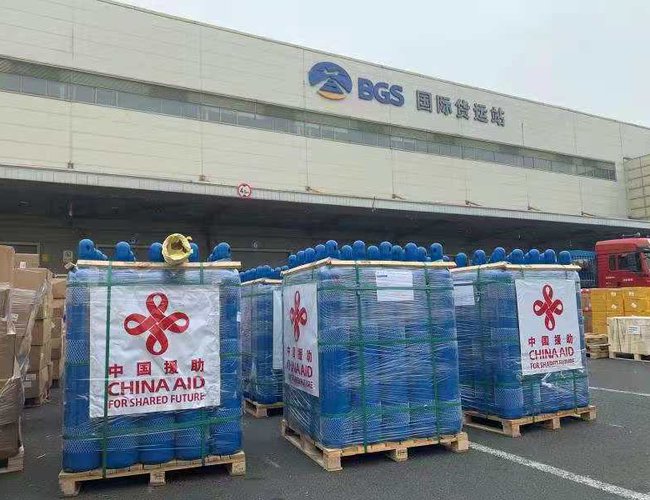 As Nepal struggles for COVID-19 vaccines amid the rising death numbers from Covid 19, China pledged to support on Vaccines and other necessary medical equipments.

Recently Nepal received 800,000 of one million vaccine doses after President Xi Jinping and President Bidhya Bhandari had a phone conversation.

Nepal's vaccines scarcity raised after India was not able to provide 1 million doses of vaccines, known as Covishield, as cases in India was rising to peak and its Supreme Court ordered on prohibition of vaccine exports.

Due to these reasons millions of senior citizens, who received the first dose of Covidsheild few months back are waiting for next dose to vaccinate.

While Nepal's two giant neighbors – India and China – have supplied the country with life-saving medical needs but vaccine diplomacy has also proved tough for Kathmandu.Nepal government was on difficult position from India’s concern not to approach for support from China. China was eager to help Nepal with vaccines, but the government seemed hesitant to request its neighbor. The reason is that it didn't want to provoke India on this emergency health pandemic.

Beijing, meanwhile, will also benefit from its vaccine diplomacy as it competes for influence in South Asia, where India has traditionally been the dominant power in this region.

These measures of China will further effectively support developing countries in their fight against the pandemic and restoring economic development, and provide a powerful boost to the construction of a global community of health.

Aside from the deadly second waves of virus, Nepal's need for vaccines was also driven by the necessity to vaccinate its people after the PM KP Oli government declared mid-term elections in November.

Also Coronavirus variant that is being linked to Nepal has been found in many people in the UK and is a mutated version of the strain identified in India.

Experts have alerted ministers to the new virus which has apparently also spread to several European countries The report in some international media regarding the detection of the Nepal variant of covid 19 virus are not true and authentic recently issued a notice by of the Ministry of Health and Population. The ministry also urged all not to spread such disinformation without acquiring adequate information and verification from relevant agencies.

PM Oli and His Government

President Bhandari, who has a mostly ceremonial role has been highly criticized and opposed supporting PM KP Oli on his every motives and actions. Likewise PM oli and President Bidhya Bhandari jointly are ignoring the values of Constitution in very undemocratic and unconstitutional intentions to remain in power of long period as dissolving the parliament two times in few months. Especially PM Oli is not following the norms of the Constitution and showing characters of an autocratic and dictator ruler, neglecting his opponents and breaching rules of law and citizens rights.

The government instead of focusing more on controlling spread of the virus and saving the lives of the people and managing the hospitals, oxygen, and vaccines, it has dissolved the parliament and announced for costly midterm polls. Thus only hope and trust remain present in Nepali people are now in Supreme Court, Chief Justice Cholendra S. Rana and Judges where hearings are happenings for fair judgment by restoring the House and paving way out for next new government and postponing election.

Further Oli government has not been able to provide economic relief packages for people who need the most like laborers and daily wage workers who are in massive economic hardships and other necessary supports for the safety and protection of frontline medical and security workers. The expenses of health and medical care in private hospitals are very expensive where people find very hard to afford their urgent treatments. As in this time of severe health and economic crisis and Nepali people are not prepared for expensive elections as they do want to vote these old generation of political leaders and aspire for new young leaders who are honest, visionary and trustworthy.

Why Focus On Water Storage? By Dipak Gyawali 5 days, 2 hours ago