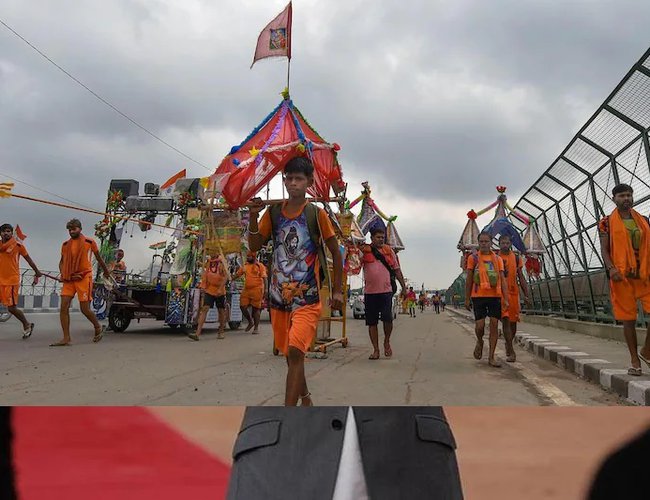 The Uttarakhand government has decided to cancel the annual Kanwar Yatra for the second year in a row in view of the Covid-19 pandemic.

The Uttarakhand government has decided to cancel the Kanwar Yatra for the second year in a row in view of the Covid-19 pandemic. A final decision in this regard was taken on Tuesday during a meeting at the State Secretariat in Dehradun.

A two-week long annual pilgrimage for devotees of Lord Shiva, the Kanwar Yatra is due to begin on July 25 of this year. As part of the pilgrimage, devotees travel to Haridwar in Uttarakhand and other parts of the country to fetch holy water from the river Ganga.

Held at the beginning of the month of Shravan as per the Hindu calendar, the pilgrimage goes on till the first week of August.

"We discussed with higher officials and with officials from neighbouring states and decided that we will not hold Kanwar Yatra at this time. A variant has been found in Gadarpur so we do not want to make Haridwar the center of Covid," Uttarakhand CM Pushkar Dhami told the media.

During the meeting on Tuesday, officials briefed Chief Minister Dhami on the possibility of a third wave and the virulence of the Delta Plus variant. The state government also sought the opinion of experts before taking a call over this year's Kanwar Yatra.