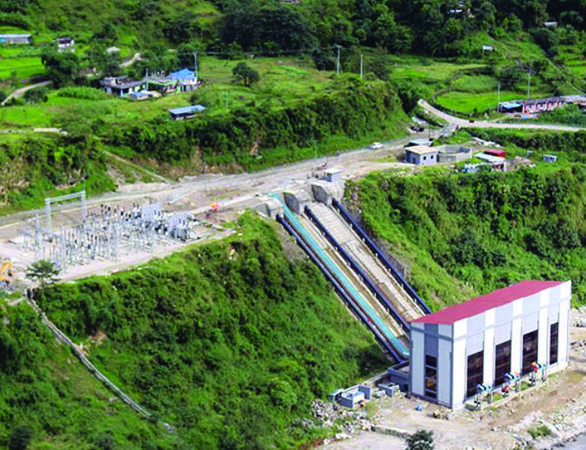 Nearly four decades of national efforts, in making development proposals environment-friendly through the use project-level Environmental Assessment (EA) [Environmental Impact Assessment (EIA) or Initial Environmental Examination (IEE)] tool, did not produce expected outcomes in Nepal as visualised in early 1980s. It has sufficiently generated public awareness at different levels – people-bureaucrats-politicians – but its use terminated mostly in approving reports, with greater realisation of ‘once EA report is approved, environment is automatically managed’.

Enforcement of the Environment Protection Act (EPA) and Environment Protection Rules (EPR) in June 1997 obliged the proponents to prepare and get approval of IEE or EIA reports before project implementation ofall prescribed projects. Threshold, investment, sensitive area, and general criteria were used to prescribe projects requiring IEE or EIA. It worked for over two decades and proponents complied with legal provisions to get ‘environmental clearance’ to implement the projects.

Along with the re-enactment of EPA in 2019and enforcement of both EPA (2019) and EPR (2020), several legal provisions on EAs have been elaborated, hopefully, to benefit from this ‘predictive tool’. Previous ‘flexibilities’ and making project-specific ToR-based EA report might face difficulties due to complexities and inconsistencies in EPR (2020) Schedules. This EPR prescribes over 350 categories of projects,using mostly threshold criteria, of 12 sectors (forests, health, education, tourism, transport, energy-water resource and irrigation, drinking water, housing-building-settlements and urban development, waste management, industry, mining, and agriculture) for Brief Environment Study (BES), IEE and EIA.Nearly 115 types of projects of industry sector require BES, IEE and EIA, followed by of forestry sector (57), and energy, water resources and irrigation sectors (33 types of projects). Health and education sectors have very few projects (3) requiring assessments.

EAs have been carried out in Nepal through ‘learning-by-doing’ approach. National and sector-specific EIA Guidelines were drafted in early 1990s through this approach. The Environmental Impact Study Projectorganised a workshop on EIA in 1984 - first workshop recorded in Nepal– and advanced understanding on benefits of this tool.

As a part of developing human resources, workshops and training were organisedon EIA since mid-1980s.Officials from government organisationsand academe were trained and/or exposed to EA process in 1990s. Since early 2000s, academic institutions provided3 credit hours EIA courses in Master level, particularly in engineering and natural resource management streams. Campuses and schools of, particularly, the three universities – Tribhuvan, Kathmandu and Pokhara universities –offer courses on EIA. Considering this academic offer and possibility of passing masters level by, say, 50 students annually with conservative estimates, over three thousand students might have passed 3 cr. hrs. EIA course. Let us assume that only one-twentieth (150 knowledge-based students) are engaged in conducting EAs, reviewing, implementing enhancement and mitigation measures, monitoring,and auditing activities. Consultants, reviewers and/or implementors are also involved in this process through ‘learning-by-doing’ approaches. Some might have academic degrees, with courses on EIA, from universitiesabroad. This ‘core’ human resource can be considered a ‘good number’ to make project-specific implementable EA reports with clarity on evaluated impacts and corresponding measures along with environment management plan.

In spite of knowledge-based human resources, ‘cut-and-paste’ syndrome prevails in Nepal. Most proponents do not know this problem as s/he might have a single project. For example, if same person or organisation prepares EIA report of, say, hospital and medical college of two separate proponents, ‘cut-and-paste’ is greatly noticed. In general, both proponents do not know ‘copied portions’ in its report and submit for approval in the competent authority through two government ministries, in this case Ministry of Health and Population, and Ministry of Education, Science and Technology. Both Ministries send to the Ministry of Forests and Environment. Such copying is also sufficiently noticed in other sector projects and ‘unethical’ report preparer mostly copies from the approved EIA and its associated reports (Scoping document and Terms of Reference). If two officers review these two reports they might not notice ‘copied information’. The Section Chief, mandated for EA, would know it if s/he thoroughly reviews both reports. It is most likely that decision-makers do not have time to go through the ‘technical reports’.

If nature, location, and sensitivity of the projects are closer, it is most likely that environmental impacts and measures might be of similar nature. For example, hydropower generation projects of, say, Modi Khola basin or Marsyangdi River basin or Trishuli River basin. Still, EIA reports would differ due to location, resource,or object to be impacted by the project activities, value of resource, and priority of conservation needs etc.

Questions arise in ‘derailing’ the EA process, preparing and approving ‘cut-and-paste’ reports, and undermining EA benefits in Nepal. EPR (2020) has provisioned subject specialists to prepare EA reports. Reviewers are selected by the competent authorities. ‘Knowledge-based’ manpower (having academic knowledge on EIA) might have been engaged in preparing EA reports. EPA (2019) has provisioned for ‘blacklisting’ those who prepare under-quality report without complying with the government standards. The competent authority maydisqualify or disapprove the submitted EA reports rather than blacklisting the consultant(s). It questions who ‘owns’ EIA report and its findings. Proponent mayengage the consultant to prepare report. It is likely that proponent may changekey impacts, measures,and conclusion before submission. In such case also, consultant may be ‘blacklisted’ for up to five years.

In Nepal, proponents and politicians mostly consider EA tool a ‘barrier’ for infrastructure and socio-economic developments. Approval of ‘copied and under quality’ reports or issuance of ‘environmental clearance’ has sufficiently undermined its contribution while other countries use it to make development environment-friendly and sustainable.

EA report preparers who prepare complex and under-quality report are equally responsible for ‘spoiling’ the benefits of this tool. Trainers, resource persons and/or academic institutions are also responsible for making EA process ‘confusing’ and complex. What is required to maximise the benefits of EA tool is shared little as compared to what resource person knows or considers relevant to share. In many cases, ‘conceptual departure’ prevails during sharing and learning events. Whatever may be the case, proponents are encouraged to benefit from this tool as it helps to make your investment ‘green’,environment-friendly, and sustainable. Competent authorities should not see the ‘face’ of report preparers but need to see the ‘quality’ of the report while providing environmental clearance. Authorities should ensure environmental monitoring and auditing.

EA, being a predictive tool, informs what will or may happen before approval, what happened during project implementation, and which mitigation measure worked well to bring the adverse impacts to an ‘acceptable’ level. Implementation of EA recommendations would improve not only the environmental condition of the project area but also would contribute to make the project benefits long-lasting. Such impacts and measures may also guide EA reports preparation in future.

Nearly two and half decades of internalising EA process legally in Nepal urge multi-stakeholders – proponent, consultant, organisations issuing recommendations, reviewers, approving agencies, and organisations or individuals implementing benefit enhancement and adverse impacts mitigation measures, conducting monitoring and auditing – to collaborate to make the EA reports project-specific, trusted, and easy to implement. Proponents are urged to implement measures with agreed budget (as contained in the approved EIA report) and competent authorities to ensure environmental monitoring and auditing to start a new era of environmental management through EA process in Nepal.