BIMSTEC: The Journey And The Way Ahead 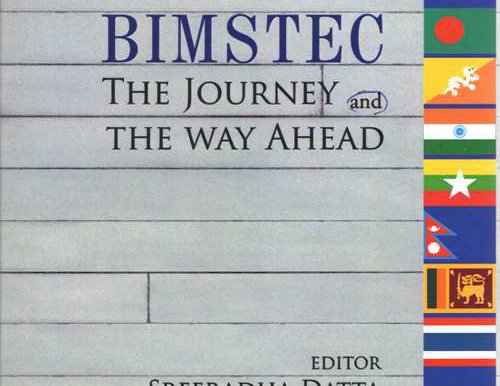 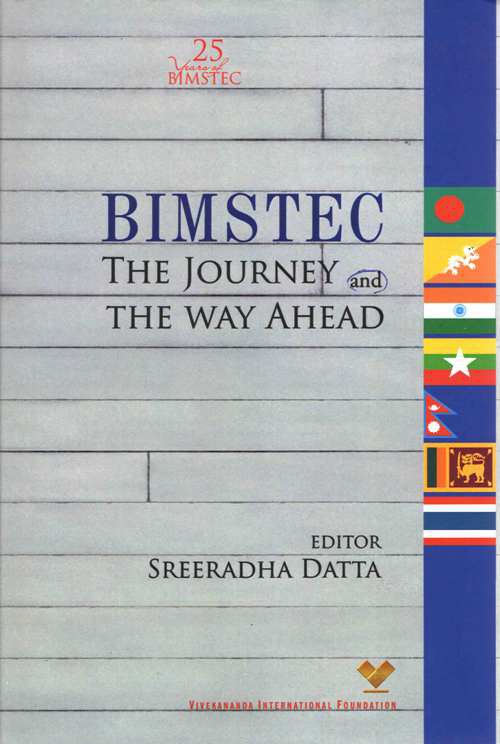 Regionalism in South Asia is often seen as a contested concept. The advent of the South Asia Association for Regional Cooperation (SAARC)in 1985 was a promising start for the South Asian countries to engage in a fruitful dialogue and explore the untapped potential of the members through a cooperative mechanism. However, the size of the countries has presented an imbalanced power structure and the India centric nature has resulted in small-state and big-brother debates. Pakistan’s state-sponsored cross-border terrorism has become the altar of SAARC’s failure in the last 35 years into its existence. Amidst such glooming clouds, the Bay of Bengal Initiative for Multi-Sectoral Technical and Economic Cooperation (BIMSTEC) fills the region with optimism and hope. BIMSTEC was launched in 1997 during a meeting of the trade ministers of Bangladesh, India, Sri Lanka and Thailand. These four members signed a framework agreement to “establish a firm foundation for common action to promote sub-regional cooperation in the areas of trade, investment, technological exchange and other interrelated areas in a spirit of equality and partnership” (p.35).

In December 1997, Myanmar joined the sub-regional grouping followed by Nepal and Bhutan in 2004. While SAARC is purely a regional organisation, BIMSTEC rose as a BIMSTEC interregional organisation connecting South Asian and ASEAN countries. With five members from South Asia, including India, Nepal, Bhutan, Bangladesh, and Sri Lanka and two from Southeast Asia — Myanmar and Thailand — the grouping works as a bridge between the two sub-regions of the Asian continent. BIMSTEC is home to 1.5 billion people, constituting around 22 percent of the global population with a combined GDP of USD 2.7 trillion, making it a grouping of fastest-growing economies that have been able to sustain a growth rate above 6 percent in the last seven years.

Over the years, the optimism and potential with regard to BIMTEC as a promising sub-regional body have been discussed through research and opinions. However, BIMSTEC: The Journey and the Way Ahead edited by Sreeradha Datta provides the most comprehensive account of BIMSTEC. The edited volume brings together foreign policy and national security experts, economists, engineers, environmentalists, academicians, researchers, and journalists. With a total of Twenty-Three Chapters, the volume focuses on a wide range of subjects including the origin of BIMSTC, policymaking in BIMSTEC countries, technological cooperation, disaster management, climate change, poverty, gender mainstreaming, the role of media, Buddhism, Free Trade Agreement, Foreign Direct Investment (FDI), energy cooperation, defence diplomacy, COVID-19, and the challenges faced by BIMTEC at present and in future. Interestingly, unlike past works on BIMSTEC, the volume does not engage in an excessive India-centric view of the BIMSTC. Instead, the authors provide perspectives from Sri Lanka, Nepal and Bangladesh among others. As acknowledged by the Director of the Vivekananda International Foundation in New Delhi that the book “is certainly the first to showcase the work of so many scholars (collaboratively) on this subject”.

True in all senses, a thick volume of 461 pages BIMSTEC: The Journey and the Way Ahead comes at a time when the world is going through a paradigm shift where the power centre in Asia has shifted to China and the latter is aiming to take upon the domination of the West in the global politics. With an ongoing shift, the world is concerned over the coercive patterns used by China, especially in the maritime domain. There are serious challenges looming from China’s strategic presence in the South China Sea and Indo-Pacific region. This is a concern for the BIMSTC members. In his chapter, Prabal K Gosh points that the Maritime Silk Route which is part of China’s ambitious Belt and Road Initiative has “reiterated the need for BIMSTC members to pay strategic attention to maritime connectivity” (p.315).

With the progress of the SAARC held hostage by Pakistan due to its terror menace, countries like India, Nepal, Bhutan, Sri Lanka, Myanmar and Thailand find BIMTEC as the only organisation that can compensate for the losses of SAARC in terms of trade and economy. For instance, India-Thailand “together account for over 90 percent of the interregional trade in the BIMSTEC” (p. 230), 99 percent of Sri Lankan exports take place in BIMSTEC countries, and these numbers become more relevant with the entry of the four-nation sub-regional Bhutan-Bangladesh-India-Nepal (BBIN) which in recent years has seen a tremendous trade growth rate. Therefore, the member countries, especially South Asian members have understood the importance of sub-regionalism through BIMSTEC as it provides a better alternative to SAARC. One may recall, in 2014, Bhartiya Janta Party (BJP) in India had promised to make SAARC a vehicle to improve sub-regionalism in South Asia in its political manifesto. Prime Minister Narendra Modi had gone to attend the 18th SAARC Summit in Kathmandu soon after winning a strong mandate in the elections. However, within a year of the SAARC summit, Pakistan was involved in terror acts against India and the world at large. With intentions to continue the sub-regional dialogue, BJP had replaced SAARC with BIMTEC as a vehicle in the 2019 elections. It clearly indicated the positive intentions of India to continue the momentum.

In October 2016, while hosting the BRICS summit in Goa, India being chair of the group had extended invites to the BIMSTEC members to attend the BRICS-BIMSTEC Outreach summit. It was a well-thought initiative by India as it fulfilled the mounting vacuum in regional cooperation after the 19th SAARC summit, scheduled to be held in Islamabad, was canceled over terrorist attacks in India by Pakistan. The outreach summit was not only lauded by the BIMSTEC member countries but also heads of the BRICS had appreciated the effort of the BIMSTEC as a conduit between developing economies.

Further, other than trade, FDI, and technical cooperation, substantial progress has been made in the area of a common security space to address the issue of terrorism in the region. On March 21, 2017, the first meeting of the National Security Chiefs was held in New Delhi in pursuance of the decisions taken at the BIMSTEC Leaders’ Retreat held in Goa in 2016. Followed by the second meet on March 28, 2018, in Dhaka, BIMSTEC has taken steps in condemning terrorism. These meetings resulted in member countries deciding to hold a joint military exercise to exchange the best practices to address the menace of terrorism. As a result of these efforts, the Armies of the BIMSTEC member countries barring Nepal participated in a joint military exercise in Pune, India in September 2018 which sent a strong message to Pakistan.

While BIMTEC stands as a promising window of opportunities, there is a dire need to prepare action plans to address immediate challenges like COVID-19. “The BIMSTEC countries have been affected heavily…and the region’s current challenge is to secure affordable vaccines, which is adequately available and accessible population” (p. 441). The spirit of the BIMSTEC has already prevailed with Bhutan sending 230,000 doses of AstraZeneca to Nepal on August 06, 2021, and 150,000 doses to Thailand on August 20, 2021, from the surplus vaccine doses after inoculating more than 90 percent of its eligible population. Such instances show that the geography and size of a country is just a number, and cooperation requires political will and a humanitarian approach.

To conclude, the edited volume BIMSTEC: The Journey and the Way Ahead is as promising as the BIMSTEC itself. It provides details on the intricacies of a sub-region, its challenges and opportunities. The volume has a political, economic, technical, humanitarian, and scientific vigor in advocating the BIMSTEC. At the same time, the comprehensiveness of the subject tremendously engages a reader from begging to the last pages. However, in some chapters, the introduction on BIMSTEC looks repetitive but it helps to find a fresh approach of the authors on BIMSTEC. Hence, the volume must serve as the encyclopedia on BIMTEC for the policymakers, economists, diplomats, politicians, security experts, researchers, journalists, and students interested to know all in all of the BIMSTEC. Therefore, the authors and editor of the volume need to be applauded for their rigorous effort and quality presented in the work, and for making a timely addition to the world of knowledge.

Rishi Gupta is a Research Assistant at the Vivekananda International Foundation, New Delhi and a Doctoral Fellow at the Center for South Asian Studies, Jawaharlal Nehru University, New Delhi.

is a Doctoral candidate at the Center for South Asian Studies, Jawaharlal Nehru University, New Delhi.