Economic And Financial Assessment Of MCC

Therefore, MCC Compact needs to be amended to build transmission and distribution infrastructure in order for Nepal to be able to increase electricity consumption in the country 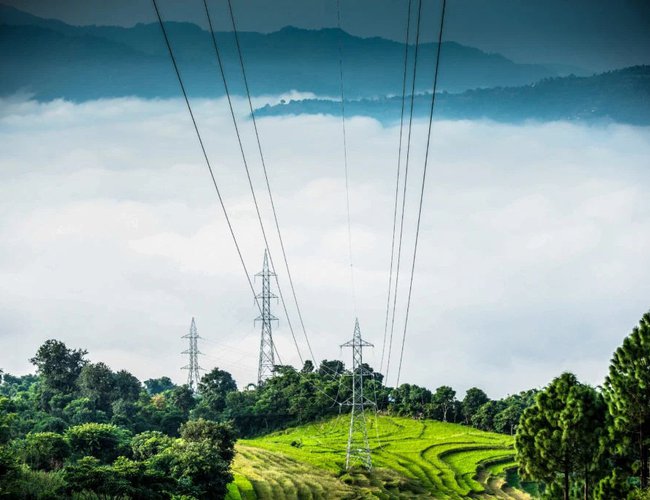 The grant from Millennium Challenge Corporation (MCC) to Nepal of US $500 million has two components: “electricity transmission project” with a budget of US $400 million and “road maintenance project”, estimated to cost US $52 million. There is a budget of $49 million for monitoring and evaluation and other administrative expenses. The plan of electricity transmission projectis to build/erect a 315 kilometer long transmission line from Lapsiphedi to Ratmate in Kathmandu to Butwal via Damauli. Nepal Electricity Authority (NEA) has already signed an agreement with Power Grid Corporation of India to connect Butwal in Nepal with Gorakhpur in India by another 135 kilometer long 400 kV transmission line.

Main objective of the electricity transmission project is to build/erect infrastructure to enable Nepal to export electricity. The aim of MCC is said to be to alleviate poverty of 29 million Nepali. Million dollar question is: would the poverty in Nepal be reduced by exporting electricity to India?

Nepali political leaders pontificate that they would metamorphose Nepal into Singapore, which is well-nigh impossible without increasing electricity consumption to Singaporean level, which is 8,000 kWh per capita. For that purpose, Nepal's system would need 50,000 MW installed capacity. While Nepal’s economically feasible hydropower potential is only 43,000 MW.

Some wonder how Nepal would be able to consume electricity on such a scale. There is a huge quantum of unmet and latent demand for electricity in Nepal. The unmet demand manifests in a number of industries that depend on diesel generators. The industries in operation still need 270 MW after 30 MW was made available to Hongshi Cement Industry. Similarly, faremers in Tarai use diesel pumps lift ground water for irrigation; installed capacity of which is 700 MW. There are many other instances of unmet demand.

Nepal has both surplus electricity and huge quantities of unmet and latent demand for electricity. The phenomenon is due to a lack of reliable transmission and distribution infrastructure in most parts of the country.

But a 400 kV transmission line from Dhalkebar in Nepal to Muzaffarpur in India is already operational and the plan is to build another one from Butwal to Gorakhpur in India under MCC.

This would lead to the monopsony trap; single buyer for Nepal's electricity, since there is no infrastructure to market Nepal's own electricity in the country.

Correlation between Electricity Usage and Poverty 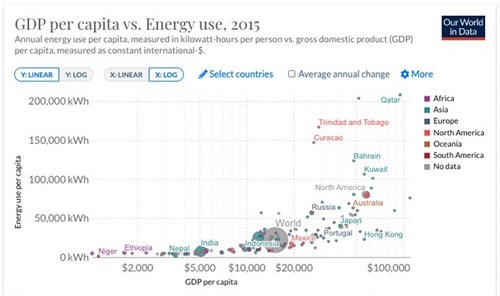 It is obvious that an increase in electricity consumption is not just for the sake of increasing it. Electricity acts as a driver of economic growth in all sectors of the economy. For example, electricity plays an important role in increasing the production and productivity of agriculture, including by enhancing access to irrigation even in hilly terrain. Availability of irrigation makes intensive farming possible, which would generate round the year employment to the farmers that are currently employed in planting and harvesting seasons only. Increased agricultural production and productivity also means Nepal would be on the path to attain food security.

Electricity also helps add value to agricultural produce by being able to store the produce safely for a long time which would enable the farmer to fetch a higher value. Similarly, with the availability of electricity, it becomes possible to set up agro-processing industries, which would in turn generate additional employment, increase production in the country and help reduce balance of trade and payment deficits.

Industrialization means generation of employment. too. Over 6 million youth of Nepal are employed abroad (no data available on employment of Nepali youth in India). Being able to bring them “home” would itself result in a great value addition to the economy.

Industrialization increases production, which can displace import and increase export; both of which would result in significant reduction in trade and payment deficit. This too would add value in the economy in a significant manner.

Tourism is touted as the largest source of convertible currency for Nepal. Availability of electricity in nook and crannies of the country would succeed to attract high value tourists and also lengthen their stay in Nepal, contrasted with “budget” tourists that mainly visit Nepalleading to increased revenue from tourism.

Mainly LPG and firewood are used in kitchens in Nepal. A country like Nepal, with “abundant” hydropower potential and not producing a single drop of fossil fuel, should strive to displace imported LPG. LPG also emits carbon-monoxide, which is the cause of a number of ailments. Moreover, studies have proved that it is cheaper to cook on electricity than LPG. The chart below proves that cooking on electricity is cheaper by up to 50% compared to LPG: 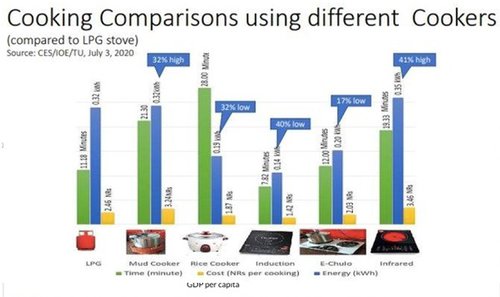 Displacement of LPG would also result in win-win scenario for the consumers, NEA and the country. Itbenefits consumers due to cost effectiveness. NEA would benefit by being able to sell spilled energy, while the country would benefit by the decrease in the balance of payment and trade deficit.

Similarly, the firewood used in rural kitchens causes indoor pollution, which is mainly responsible for poor health of rural women resulting in unnecessary sickness and hospitalization etc. According to an informal estimate, the rural populace spends about 500 million working days in a year in the collection of firewood. If such time could be used for income generating activities, both the people and the country could prosper. This is another form of latent demand for electricity.

Value addition in the economy

A study commissioned by SARI energy program under USAID on “economic impact of poor power quality on industry” in 2003, amongst others it had concluded that “the industrial sector average value addition per unit of electricity use is approximately 86 USCts/kWh.” Therefore, exporting electricity from Nepal is tantamount to depriving Nepal of value addition in the economy by 86 US cents per unit for a meager average export tariff of 3.65 US cents per unit (equivalent to Rs 4.33/kWh).

Accepting MCC grant to build/erect 400 kV transmission line through to Butwal, which would in turn be connected to Gorakhpur in India to export electricity at low rate meanswe would not have adequate electricity to increase electricity consumption here and we would also fall in monopsony trap. Further, it is unconscionable to spend almost 3 times more than the cost at which NEA could have built the said transmission line. It is also not acceptable to cripple the only electric utility of Nepal to receive an annual grant of Rs 11 billion, which is less than 1% of Nepal’s annual budget. It is also obvious that Nepal’s poverty can be reduced by increasing electricity consumption in all sectors of her economy rather than exporting electricity.

In this scenario Nepal would be cursed to remain underdeveloped if she were to accept the MCC grant in order to be able to export her electric resources. Therefore, MCC Compact needs to be amended to build transmission and distribution infrastructure in order for Nepal to be able to increase electricity consumption in the country and NEA should be allowed to execute the transmission and distribution infrastructure works at reasonable cost such that per capita energy consumption in Nepal could be raised and also drive Nepal’s GDP upwards.

The opinions expressed in this article are those of the author. They do not purport to reflect the opinions or views of New Spotlight.

China’s Rapid Transformation And Lessons To Learn By Krishna Silwal 2 days, 10 hours ago

Youths In Nepal Elections: From Social Media To National Platform By Sangya Dhakal 4 days, 9 hours ago

Skeleton In The Sandook By Hemant Arjyal 5 days, 7 hours ago

An Overture Filled with Confusion By Dr. K. Uprety 6 days, 14 hours ago