There isn’t sufficient electricity available even to meet current suppressed demand, as installed capacity in NEA system in fiscal year end was merely 787 MW while peak demand was 1,200 MW. 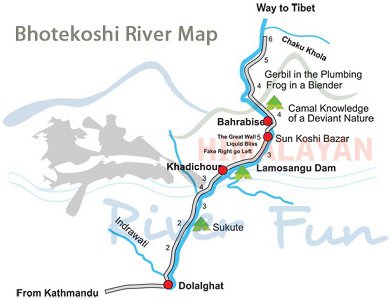 Nepal is “famous” for being rich in water resources.However, water flows rarelyfrom taps of urbanites, comprising 17% of total population (in 2011) and remaining 83% in rural areas don’t even have taps at household level.Electricity generated from water resourcesis also notavailable in adequate quantum; consequence: those with access to electricity (45% of the populace) suffer from severe load shedding and rest languish in load shedding 24/7. While hydrocrats can think of no other use of Nepal’s water resources but for generation of electricity (hydropower), that too for export.

There isn’tsufficient electricityavailable even to meet current suppressed demand, as installed capacity in NEA system in fiscal year end was merely 787 MW while peak demand was 1,200 MW. Nepal actually needsabout 6,000 MW currently to attain“normal” economic growth and double of that to attain accelerated economic growth; to create employment for those who have emigrated in pursuit of jobs, to increase production to displace import and to increase export (in order to improve both balance of trade and payment deficits), for electrification of transportation (to displace petroleum products) and also to displace LPG from kitchens (at the moment homemakers are suffering from severe shortage of LPG and electrification of kitchen will also break import dependency syndrome).

Hydrocrats haven’t appreciated that energy has many sources, but there is no alternative to water. Water is essential for drinking and sanitation, for irrigation (although there is plenty of saline water in the world – more than double of landmass – it cannot be used for irrigation), animal husbandry, etc. While energy can be generated from sources ranging from unclean/un-renewable like petroleum product, coal, etc. and clean/renewable sources like sun, moon, wind, biomass, animal (including human) excreta, besides water. Essentially water resource can be put to multi-dimensional uses but there is no alternativeto water, mainly fresh water.

Restriction on consumptive use

With license granted for generation of electricity, the people in upper riparian areas would not be allowed to extract or divert water for consumptive purposes like drinking and sanitation, irrigation, animal husbandry, etc. and no water would be available for thesepurposes(including fishery) in dewatered area after its diversion for hydropowergeneration.

It needs to be acknowledged that while conducting EIA or IEE current use of water in upstream and dewatered areas for irrigation is studied but irrigation in un-irrigatedland isn’t taken into account. Similarly, no EIA or IEE so far has even visualized hydrogen economy. The problem lies in the present practice of working out installed capacity by looking at head and flow of water (minus extant demand for consumptive uses) and not contemplating future demand for consumptive uses (hydrogen economy isn’t even accounted forin such studies).

Competitive use of river

Similarly, recreation tends to be mutually exclusive with hydropower generation. Best example (actually worst) is Middle Bhote Koshi hydropower project with installed capacity of 102 MW. This project is sited at one of the world’s top 10 whitewater rafting sites(National Geographic has ranked it as 7th) and there is no other comparable site anywhere else in Nepal.

After this particular hydropower project is built, the rafting site will be completely destroyed.Nature has bestowed Nepal with this site and hydrocrats are hell-bent on destroying it. They are unmindful of the fact that if artificial rafting site needs to be built, it would cost a huge amount. An example is Lee Valley White Water Centre (previously known as Broxbourne White Water Canoe Centre) in London, which was constructed to host the canoe slalom events of the 2012 Summer Olympics, at the cost of $50 millionequivalent to Rs 5 billion, one third of the cost of this project (Rs 14.5 billion).

Therefore, it will be prudent to build this project at around 70 MW installed capacitywithout having to sacrificeworld’s 7th top whitewater rafting site. Unfortunately, even GoN (particularly Tourism Ministry) in general and tourism industry in particular (with some exception) doesn’t seem to be bothered about destruction ofNepal’s natural heritage. If one were to compute benefits to Nepal’smacro economy from rafting based tourism and cost of building similar rafting site elsewherein Nepal and compare the figure with hydropower generation (hydropower projects can be built at millions of hydropower sites in over 6,000 rivers), Nepal gains more from saving the rafting site than mindlessly wrecking it by building hydropower project on that particular site, especially because just reducing its installed capacity can save the rafting site.

Certain use of river have complementarity like reservoir project not only generates electricity but the lean season augmented flow from it can help increase cropping intensity (one crop a year in rainy season versus more than 3 crops including in dry season) by irrigation which is important to achieve food security.

Similarly, with theconstruction of reservoirproject navigation becomes possible in the reservoir as well as in the downstream area of the project. If Nepal builds Upper Karnali project as a reservoir project Nepal can have inland navigation in the reservoir in districts like Achham, Dailekh, Kalikot etc. and in Surkhet, Bardia and Kailali district in downstream of powerhouse. Moreover, Nepal can even have access to open seas through Ganga River in India and the latter too will similarly benefit from lean season augmented flow.

From this perspective GoN needs to conduct comprehensive options assessment (COA) with regard to competing and mutually exclusive uses of water for purposes like drinking and sanitation, irrigation, animal husbandry and fishery, hydropower generation, recreation, industrial use, navigation and customary uses – identified by acronym DIFERINO, prior to deciding to allow use of any river for any purposes including hydropower generation.

To conclude, certain uses of river results in more benefits to the country’s macro economy than hydropower generation. Besides, people’s lives depend on river for water, food and energy. Under economics and econometrics no value of life can be assessed/attributed, for which water and food is of vital importance. If there is no life, then there is no meaning of hydropower generation. Therefore, under COA economic linkages (backward, forward, investment and fiscal linkages) needs to be analyzed/assessed and value of water and food for human life determined before deciding to put a site to a specific use.

Why It’s In India’s Interest To Quell The Political Crisis In Nepal By Ranjit Rae 1 hour, 5 minutes ago

Mind Your Plate By Areet Narang Bastola 6 days, 3 hours ago