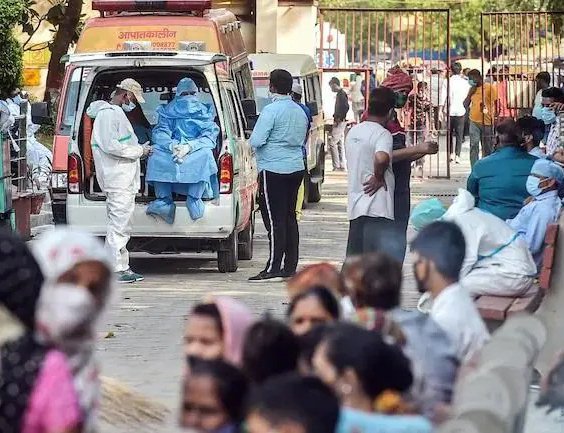 India recorded a slight uptick in its daily coronavirus caseload, recording 3,688 new infections in the 24 hours ending 8 am on Saturday. The country also recorded 50 deaths, taking the toll to 5,23,803 reports Indian newspaper.

According to media report, there are 18,684 active cases in India, which comprise 0.04 per cent of the total infections, according to data released by the Union Ministry of Health and Family Welfare.

There has been an increase of 883 active cases in the last 24 hours, while 2,755 patients were discharged on Friday.

In other news, a month after External Affairs Minister S Jaishankar raised the issue, China on Friday announced plans to permit the return of “some” Indian students stranded here for over two years following visa and flight restrictions imposed by Beijing after the pandemic.

Also, China is facing a ”tsunami” of Omicron, a senior official said on Friday, as the country reported over 20,000 Covid-19 cases with its largest city Shanghai continuing to reel under lockdown for over three weeks while over 21 million people in capital Beijing underwent third nucleic acid test amid the growing list of “high-risk areas.”