We Are Yet To Discuss Our Annual Report In The House Of Representatives: Chairperson Bishnu Prasad Tharu

At a time when there are growing complains on the apathy of Tharu Commission in dealing with Tharu related issues, Chairman of Tharu Commission Bishnu Prasad Chaudhari spoke to Keshab Poudel on various issues related to Tharu commission and its accountability issues. Excerpts: 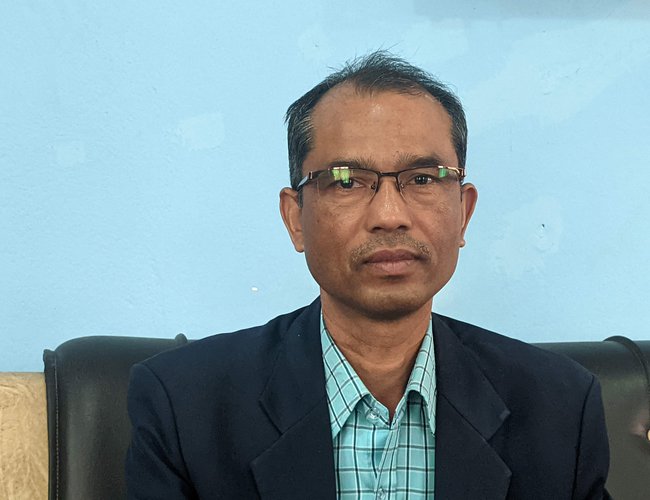 Although your commission has constituted almost four years ago, it is yet to show its visible presence taking Tharu’s related issues. How do you look at it?

First of all, I would like to inform you that Tharu Commission has been actively working in different parts of the country addressing the issues raised by Tharu community. As majority of Tharus live in terai and inner terai, we have been launching the programs in those areas. This may be the reason our commission is invisible from main stream media of Kathmandu.

How have the commission spared its time in the last five years?

I was appointed as a chairperson of the commission three years ago. Since my appointment as a chairperson of the commission, I have already submitted three annual reports to the President and President has handed over it to the government to present them in the House of Representatives. After the tabulation by the government, House of Representatives endorsed them and sent to Women and Social Welfare Committee for further discussions on the recommendations given by us.

Have you ever attended the meeting of the committee in House of Representatives?

I had a privilege to attend the first meeting three years ago. I was summoned by the committee as per the constitution. We held intense discussion on the first report. However, the committee did not summon us for last two years.

Where do the commission and commission’s members are accountable?

At a time when the committee of House of Representatives do not summon you to discuss your recommendations, have you’re ever made any efforts to present your reports at provincial and local level?

We have also submitted our annual reports to provincial levels. However, we are yet to go to local levels. Since there are no such provisions in constitution and law, we are unable to officially participate in such discussion. The provision is that even the Committee in Upper House doesn’t have authority to direct us. Without the amendment of Proceeding of House of Representatives, things cannot be change.

At a time when traditional commissions like Elections Commission, Commission of Investigation of Abuse of Authority, Human Rights Commission and Attorney General have been tabling their report at provincial levels legislature, why your commission cannot do it?

As you sad that you are accountable to the people, how are your relations with Civil Society Organizations?

We have been working with various Tharu related Civil Society Organizations. We have doing some works to protect and promote Tharus culture, indigenous knowledge language and other such heritage. We are also working to establish Tharu Museum to protect our heritages. In all these activities, we have been close collaboration with CSOs.

How is the response of people?

We have been receiving hundreds of complains from Tharus communities related to language, discriminations and protections of their culture, language and heritages, land rights issues, exploitations and so on.

How do you reach to them?

It depends on cases by case. If they require our presence, we send commission’s member. If the cases related to administrative issue, we deal with administrations. We use our different jurisdictions depending on the cases.

What do you think the major concern of Tharu Community now?

One of the major issues right now is related to reservations. Despite separating Tharu as separate cluster in the constitution, Nepal government is yet to separate Tharus in appointments and recruitments in different government offices including civil service, military and police. We have raised this issue in all three annual reports requesting the government to pass the act. The government is yet to respond to it. As the Election Act has already recognized us as separate cluster, I don’t understand why the government is passing similar law to provide separate reservations. Due to the lack of law, Tharus are now to fight along with Madheshi cluster. Last year Tharu Civil Service Organization also filed a petition in the Supreme Court demanding to give Tharus in separate cluster as provided by the constitution. Court also directed the government to pass the new law as soon as possible.

What are other challenges faced by the commission?

Lacks of budget, employees are other challenges of the commissions. The government provides us just a limited budget to fee the salary of employees and office barriers of the commission. The government does not provide us additional budget to implement and launch any programs related to welfare of Tharus. The government needs to allocate budget for us to do research and organize program to raise the awareness. Despite a largest ethnic group of the country, there are rampant poverty, discrimination and exploitation against our community. We have been raising these issues through our annual report and recommending the government to take certain actions.

Don’t you ask more budgets for the commission?

We have been requesting with the government to increase the threshold of annual budget. We have also held meeting with different levels during the formulation of the budget. The trend is so far not in our favor. The commission hopes that they will provide us additional resources.

How do you prove that you are accountable to the people?

GBIA Will Be A Game Changer: Dhakal By NEW SPOTLIGHT ONLINE 1 month, 2 weeks ago

Our Reports Show What Muslims Need: Ansari By Keshab Poudel 3 months, 1 week ago

This Visit Helps To Enhance Understanding The Role Of Parliamentarians: Veronique Riotton By Keshab Poudel 3 months, 1 week ago 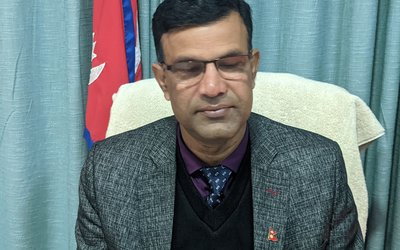 Government Has Bakradrishti On Madheshi Commission: Datta By Keshab Poudel 4 months ago 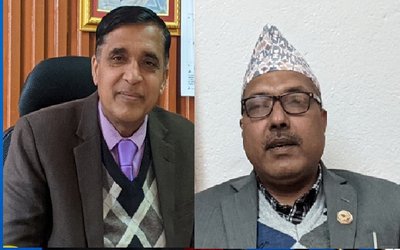 We Are Waiting To Go To Finance Committee: Paudel, Committee Will Invite Commissioners Soon: Dahal By Keshab Poudel 4 months, 1 week ago