The Informal Sector In Nepal: Myth And Reality

The Informal Sector In Nepal: Myth And Reality 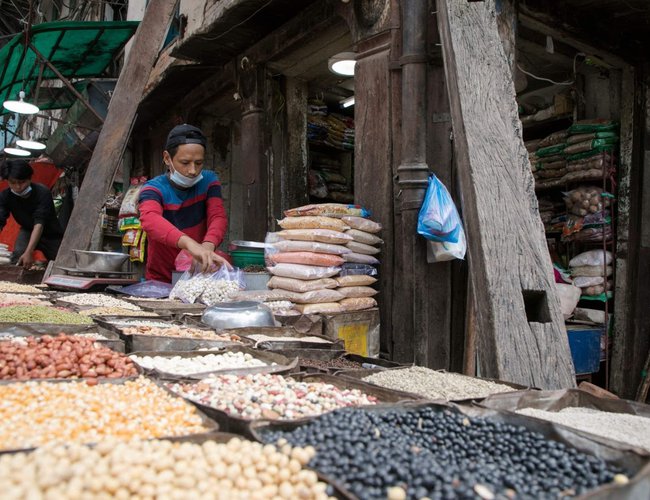 News headlines such as 'Banks lacking deposits but caught with millions daily on the way, swell the informal economy' .The informal economy includes those economic activities that reduce costs and include property relations, professional licenses, labor contracts, financial loans, and social security systems are excluded from the benefits and rights enshrined in laws and administrative regulations.

It is estimated that more than 70 percent of the economically active population in Nepal is involved in the informal economy. The informal economy consists of activities that have a market value but are not formally registered.

The International Labor Organization (ILO) estimates that nearly 2 billion workers, or more than 60 percent of the world's adult labor force, work in the informal sector—at least part time. The informal economy is a global phenomenon, but there is great variation within and across countries.

A balanced approach to addressing the informal economy is important, as it currently represents the only source of income and a critical safety net for millions of people. It is important for policy makers to address the drivers of informality in each country to implement policies that help to gradually reduce informality, including social exclusion and incentives for individuals and firms to operate informally. An attack on the sector motivated by the view that it operates illegally and evades taxes is not the answer. Due to the changing patterns of employment, the informal economy is expanding rapidly. However, workers in the informal economy face many challenges and obstacles as the government is not in a position to regulate it. As a result, workers are subject to exploitation and are deprived of many fundamental rights at work.

Having fewer workers outside the formal economy can support sustainable development. The informal economy, which includes activities that have a market value and if they are recorded would add to tax revenue and GDP, is a widespread phenomenon worldwide.

Informality spans different situations within and across countries, and it arises for a number of reasons. On the one hand, individuals and firms may choose to remain outside the formal economy to avoid taxes and social contributions or compliance with standards and licensing requirements.

This is related to the common but erroneous assumption that informality arises primarily from firms and individuals "cheating" to avoid paying taxes. On the other hand, individuals may rely on informal activities as a safety net: they may lack the education and skills for formal employment or be too poor to access public and financial services.

Especially in countries with emerging market economies and developing economies, the high incidence and persistence of informal labor is seen as an obstacle to sustainable development. Informal firms do not contribute to the tax base and remain small with low productivity and limited access to finance. As a result, economic growth remains below potential in regions or countries with large informal sectors. Informal workers are more likely to be poor than workers in the formal sector, because they lack formal contracts and social security and are less educated.

The prevalence of informal work is also linked to high inequality: workers with similar skills earn less in the informal sector than their peers in the formal sector, and the wage gap between formal and informal workers is higher at lower skill levels. Addressing informality is vital to support inclusive economic growth and reduce global poverty. The Covid-19 pandemic has only reinforced this sense of urgency: its impact on informal activities worldwide has highlighted the need for governments to provide a lifeline for large segments of the population not guided by existing social security programs.

Designing effective policies to address informality, however, is complicated by its multiple causes and forms, both across and within countries.

Improving access and quality of education is the most powerful way to reduce informality. Education reforms aimed at both enhancing equity of access and ensuring that students remain in school until the end of the secondary cycle (and with adequate technical and vocational training opportunities) are particularly important.

Tax system design should avoid inadvertently increasing incentives for individuals and firms to remain in the informal sector. It is generally recognized that simple value added and corporate tax systems (with no or minimal exemptions and reductions) with low rates, as well as low payroll taxes, help reduce informality. Complementary social security systems, including progressive income taxes and protection for the poor, help address distributional aspects. Policies that increase financial inclusion by promoting expanded access to formal (or bank-based) financial services can help reduce informality. Lack of access to finance is a key constraint for informal firms and entrepreneurs, hindering productivity and growth of their businesses. Countries with greater access to finance tend to grow faster and have lower income inequality. A range of structural policies can help increase incentives and reduce the costs of formalization. Labor market rules can be simplified to ensure greater flexibility and facilitate the entry of informal workers into formal employment. Competition policy can promote the entry of small firms in some sectors by eliminating monopolies. Eliminating excessive regulations and bureaucratic requirements also helps.

Digital platforms, including government-to-person mobile transfers, can contribute to inclusive growth by bringing financial accounts to the unbanked, empowering women financially, and helping small and medium enterprises grow within the formal sector.

Informality critically influences how quickly economies can grow, develop, and provide economic opportunities for their populations. Sustainable development requires a reduction in informality over time, but this process will inevitably be gradual because the informal sector is currently the only viable source of income for billions of people. Half of the businesses in Nepal are in the informal sector Thereare 34101 street businesses which employ 45330 people, says a Central Bureau of Statistics report.

These informal enterprises play an important role in the economy, especially in terms of their contribution to job creation, but they are part of the economy that is neither taxed nor monitored. The Analytical Report of the Informal Sector recently published by the Central Statistics Department showed that 49.9 percent or 460,422 firms out of the total 923,027 business establishments operating in Nepal are unregistered, informal establishments.

According to the report, out of the 322 million employed in the country, 25.8 percent i.e. 832 thousand 187 people are working in the informal sector. These informal enterprises play an important role in the economy, especially in terms of their contribution to job creation, but they are a part of the economy that is neither taxed nor monitored.

Thus, countries or regions with high informality also tend to fall short of their potential. Moreover, they do not collect enough taxes, and cannot provide basic goods and services to the entire population, which reinforces informality. Second, informal workers are more likely to be poor and earn lower wages than their peers in the formal sector, both because they lack access to social security and credit, and because they are less educated. Third, due to lack of equal access to education and health services, women are more likely than men not only to be in informal employment, but also to be in the most insecure and low-paid categories of informal employment.

The informal economy is growing in Nepal and it is also causing social problems. Informal businesses account for about 70 percent of enterprises in Nepal and are the main source of income for most of the labor force. Within this group, urban informal sector workers and self-employed households in urban areas are more vulnerable than rural households who may turn to subsistence farming.

Most informal firms operate with limited savings. Before we forget the informal sector for the weakness of economic growth, we need to understand the realities and positive aspects of the informal economy, which are unfortunately neglected.

The informal economy, mainly in developing and transition countries, is the most dynamic segment and creates huge employment and income opportunities. Informality is only one type. Informality is very diverse and often more widespread than expected. Some have dual characteristics of formal and informal economies.

They may be registered but they employ a portion of their workers without offering written contracts. This makes the distinction between formal and informal economies difficult—in other words, the distinction is more a question of continuity than of sharp division.

The two are intertwined and their status changes, largely from informal to formal. This is not to romanticize or demonize the informal sector.