Political Rise Of The Alternatives As Loktantra Decays

This is not the only scandal in a long litany of mal-governance, not just of this coalition government but of the previous ones as well. 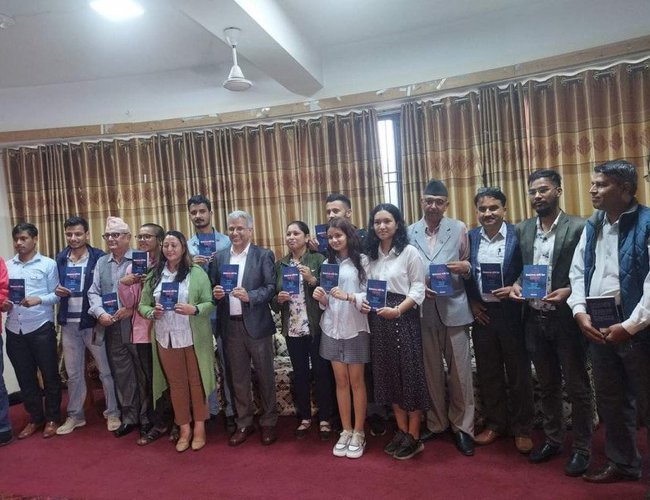 The kleptocratic coalition of Deuba-Prachanda-Madhav and etcetera – birthed by an extraordinary Supreme Court mandamus – has done just that by house-arresting the chief justice. An impeachment move was initiated against him by the coalition even as he was about deliver a judgement against Madhav and etcetera Baburam in a major corruption case. Given the fragmented nature of the parliament, there was little chance the impeachment would garner the required two-thirds majority. Hence the hearing was delayed until the penultimate moment before the ending of the parliament session, after which it could not even be put up for a vote. To prevent the chief justice from returning to the Supreme Court, he was placed under house arrest. This has prompted people to ask how a system that cannot even give justice to a chief justice can keep them safe and happy.

This is not the only scandal in a long litany of mal-governance, not just of this coalition government but of the previous ones as well. Through excessive party interference ever since the monarchy was sidelined, it has debased the civil service, the police, the judiciary as well the parliament itself and the neutral position of its speaker as well. Another latest is the insult heaped on the office of the president by throwing the president’s 15-point questions on the citizenship bill into the dustbin. Indeed, it is not for nothing that people have started calling this 2005 Delhi Deal midwifed Loktantra a loot-tantra kakistocracy. This has given rise to a serious nation-wide soul-searching that is questioning what bonanza was promised and what anarchy was actually delivered by the big political parties ruling the roost during the last decade-and-a-half and their never-retiring leaders for the last three decades.

The public revulsion is widespread and a revolt is looming on the horizon. The local elections saw the unexpected rise of independent young mayors as well as a swathe of independent candidates who lost only by a small margin, a fact which indicates how much contempt the people have for the Kangress, EhMaLaise and the Noida Maoists as well as their leaders. Its most important result has been to galvanize even more youths to step into the political arena. The coming general elections on 20th November, if it is held at all, will see a flood of independent and rebel candidates as well as new parties, many of them questioning the very basis of the current dispensation: secularism, federalism and republicanism. It is forcing the people not only to question the legitimacy of the current dispensation but to also re-think democracy and ask if good governance is not more important than the kind of “democracy” we have, especially when the latter has delivered nothing but wholesale corruption, scandals and mal-governance. This, and the total loss of any organizational and moral control over their cadres, is what is scaring the daylights out of Nepal’s old, multiple times failed leaders.

Jumping into the fray to drain this swamp – and just in time with a great Dussain gift to the politically oriented – is former BBC journalist and former chief of Sajha-Bibeksheel party Rabindra Mishra with his book outlining his political manifesto Bichar Bhanda Mathi Desh (“Country above Ideology”). Written in a fluent and argumentative style, this book not only exposes the weak foundations of Loktantra and the fraudulent behaviour of its captains but also outlines his view of the political course corrections necessary to save the country from impending disaster. Coming at a time when political parties are preparing their election manifestos, which in the past have been a recital of cheap promises never kept and a meaningless ritual, this book sets the bar high and will force parties to be more explicit about their politics and the policies they would pursue. (Lest we forget, Deuba’s Kangress held its 14th general convention in December 2021 but failed to address ANY policy issues! It promised to do so with a special “policy convention” in six months but again has failed to.)

More importantly it will force Mishra’s (so far) own party Sajha-Bibeksheel as well as new ones like Rabi Lamichhane’s Swatantra to prove that they are not just new, cheap clones of Maoist ideology-carrying and BP, Krishna Prasad Bhattarai politics-rejecting Nepali Kangress. To argue that they carry the same 12-Point Delhi Deal Maoist-appeasing politics but are young and new will hardly be sufficient to sway voters frustrated with the current dispensation. The same questioning – what is your real politics and how is it different from that of the failed parties – will also apply to the wave of independent candidates. They better go through Mishra’s manifesto book to prepare their convincing countervailing answers, if any!

Mishra argues openly, after what he says was much soul-searching and reflections, for getting rid of what life-long democrat PM Krishna Prasad Bhattarai called “imported concepts unsuited to Nepali ethos” of secularism, federalism and republicanism that have given the country only instability and mal-governance. He instead argues for reclaiming the country’s Hindu-Buddhist identity, bringing about effective decentralization and restoring constitutional monarchy. It is his latter stand on monarchy that distinguishes this book from Mishra’s earlier position before the local elections presented to his party for discussion while he was still its chair.

He also argues eloquently for a welfare state – and by default the need rescue socialism from our fake socialists in power – that appeals immensely to me as a self-styled Green Democratic Socialist. I must here clarify some Nepali terms that have distorted the debate with great harm to Nepali welfare and environmental policy. Like Mishra I am not a rajabadi (royalist): I am a Dipak-badi and you reading this are a You-badi as you must be! I am also not a rajtantra-badi (for royal rule) but a prajatantra-badi (democrat for people’s rule). And as a democrat, I argue for rajsanstha (institution of constitutional monarchy) as an above the party referee, upholding values that need to be kept out of politicization and electoral competition.

The current brouhaha over Queen Elizabeth’s passing away with its surfeit coverage in the Western media has also forced Nepalis to rethink republicanism. The current British Westminster model, which the Maoists revolted against claiming it was a butcher’s shop displaying goat’s head and selling dog’s meat (and to which they returned in 2006, presumably to indecently benefit personally from selling dog’s meat to a gullible Nepali public!), is something India as erstwhile Raj colony copied and which Nepal unquestioningly imported. Britain, as columnist Badrinarsingh KC writing in the Nagarik, is neither secular, nor federal nor a republic, its King swears to uphold the teachings of the Anglican Church, and its prime minister and all parliamentarians swear loyalty to the King and God of the Church!

That such long-term traditions are essential to uphold not only this kind of a Westminster dispensation but any nation with its own tradition and historical values has come as a shock to many, including the more honest among our revolutionary lefties. And they are also shocked by the hypocrisy of the British and its ambassador Andrew Sparks who in a clear breach of diplomatic protocol (Mishra describes this and more in his book) advocated publicly for Nepal giving up its Hindu identity and going secular. They might also remember how equally hypocritically the Catholic Pope of Rome was when he berated the UK for secular tendencies even while congratulating Nepal for doing the same! Longitudinal surveys conducted by Interdisciplinary Analysts for a decade from 2004 showed a consistent 60% support for Nepal retaining its Hindu identity, a support that increased in the latter years to 74%! It, and other survey findings regarding monarchy and federalism as well, are described in a chapter of mine in a book Nepal-India Relations edited by our former ambassador to Israel Dr. Anjan Shakya.

Honest seekers of truth would be helped immensely in their soul-searching if they read, in addition to Mishra’s book, the research conducted by university of Pennsylvania professor Mauro Guillen in 137 countries between 1900 and 2010 which shows that constitutional monarchies outperformed republics in economic development. This is because – says the professor from a state that held the US’s first two Constitution Convention that declared US a republic independent from the British – monarchies better protect property rights, are more open to international trade, and reduce self-serving executive discretion by imposing long-term views on politicians.

All this is not to agree with Mishra a hundred percent. His assertion that countries don’t have dharma goes against all our Eastern traditions that maintain they do – they have to uphold raj dharma, without which governments degenerate into kleptocracy as currently. His assessments of King Mahendra, and especially King Gyanendra are still imbued with the very bikrit baambad (vulgar Marxism) he critiques. And he also does not see the value, in the path ahead, of restoring the 1990 order as the least violent of options. But that for further democratic debates with him in the days ahead!