Refugees In Nepal: Recognition And Inclusion

At present there are 6,300 Bhutanese refugees living in two camps of Beldangi and Sanischare in Jhapa and Morang districts of Province 1. The remaining refugees, most of them elderly, either want to return to Bhutan or stay in Nepal. At the same time, the camps have now been transformed into sustainable settlements. 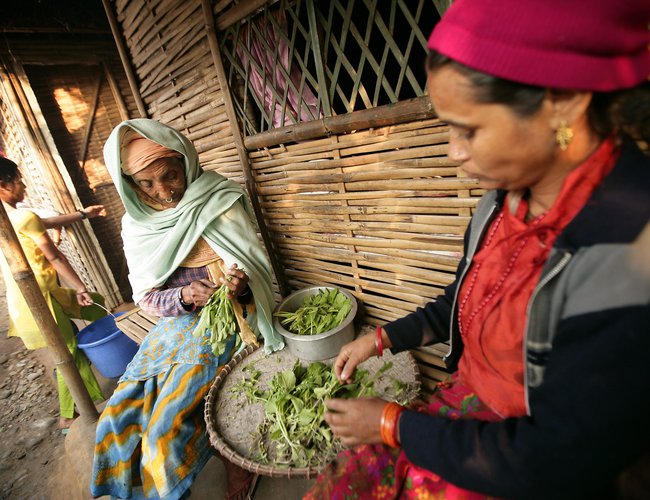 Despite being one of the poorest countries in the world, Nepal has a progressive history of hosting refugees in its territory on humanitarian grounds for decades. Providing safety and protection space for refugees dates back to late 1950s when Tibetans, who fled China were given asylum in Nepal by King Mahendra. The challenges for finding long lasting solutions for Tibetan refugees still remain amidst the shrinking protection space due to geo-political sensitivity. However, Tibetans have intermingled well with Nepali society and are living in Nepal with relative ease. It is interesting to note that Nepal has not ratified 1951 Convention Relating to the Status of Refugees and its 1967 Protocol nor has formulated any national legal framework to deal with refugee issues. But Nepal has accommodated refugees with open arms and continues to do so.

Fast forward to early 1990s, more than 100,000 Bhutanese refugees of Nepali origin arrived in Nepal and were accommodated in the seven refugee camps in eastern Nepal. The government of Nepal in coordination with UNHCR, the UN refugee agency and other stakeholders provided support for their protection and well being. Nepal was undergoing internal political turmoil and its socio-economic development was still in its infancy when both Tibetans and Bhutanese refugees were granted asylum in the late 1950s and early 1990s respectively. Nepal was struggling to meet the development aspirations of its citizens when those big refugee movement took place. Nevertheless, no stones were left unturned in managing the refugee crisis. Thanks to the international community, the government with support of the UN agencies and development partners was able to look after the refugees.

At present there are 6,300 Bhutanese refugees living in two camps of Beldangi and Sanischare in Jhapa and Morang districts of Province 1. The remaining refugees, most of them elderly, either want to return to Bhutan or stay in Nepal. At the same time, the camps have now been transformed into sustainable settlements. The local government has been working on Bhutanese refugees' inclusion in public services, in the sector of health, education and social protection as well as enhancing their livelihoods opportunities and self reliance. The local municipalities in coordination with the district administration office, NGO partners, provincial government and federal government are providing the necessary support and opportunities for refugees to live a dignified life. Refugee children now study in government schools together with Nepali students. They are covered in the national health insurance scheme introduced by the Health Insurance Board. Likewise, refugees now have access to medical care at local hospitals at par with host community members. During COVID-19 pandemic, the Ministry of Health included refugees in the national vaccination campaign, making Nepal the first country in the Asia Pacific region to provide COVID-19 jabs to refugees. In the camps of Beldangi and Sanischare, refugees are involved in income generating activities and even started small scale businesses. Likewise, many refugee groups together with host community members are engaged in commercial agricultural and livestock farming in coordination with local ward offices and municipalities.

Despite those positive developments, the fate of remaining Bhutanese population still hangs in balance. While the local solutions are being pursued, Nepal's official position on offering local integration opportunities for Bhutanese refugees, who do not want to return to Bhutan is unclear. Today, refugees are surviving depending on limited assistance and are facing many hardships to meet their daily needs. As efforts are underway towards local assimilation of remaining Bhutanese refugees, it is high time the government address their plight. Bhutanese refugees share similar cultural, linguistic and religious ties with Nepal. They have lived in Nepal for more than three decades as stateless people. They should be seen as contributors to the local economy and development rather than a burden to the society. According to reports, a task force committee formed by the Ministry of Home Affairs a few years ago has recommended the government to provide work permits, driving license and livelihoods opportunities to those remaining refugees who wish to stay in Nepal. The report has been submitted to the Cabinet and is pending approval. For those who want to go back to Bhutan, the Government of Nepal should mobilize its diplomatic channels and take initiative to restart dialogue with Bhutan for their dignified and safe return. Nepal now has an opportunity to resolve the Bhutanese refugee crisis and end the agony of remaining refugee population, who are torn between local integration and repatriation.

Mr. Shrestha is a communications expert and has worked for UNHCR Nepal.

China’s Rapid Transformation And Lessons To Learn By Krishna Silwal 2 days, 6 hours ago

Youths In Nepal Elections: From Social Media To National Platform By Sangya Dhakal 4 days, 5 hours ago

Skeleton In The Sandook By Hemant Arjyal 5 days, 3 hours ago

An Overture Filled with Confusion By Dr. K. Uprety 6 days, 10 hours ago