Nepal is expected to focus on adaptation, mitigation and scaling up mitigation ambition, loss and damage associated with climate change impacts, finance, and mountains during COP27/CMP17/CMA4 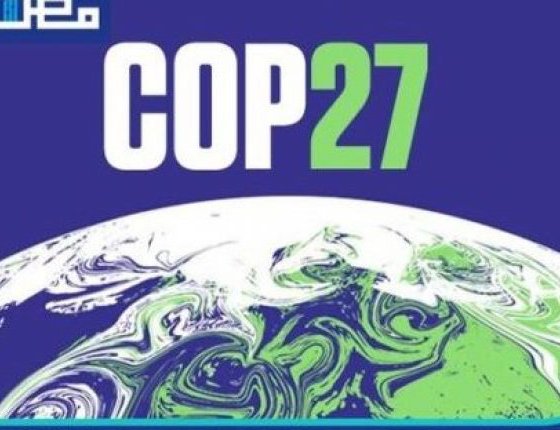 Nepal is expected to focus on adaptation, mitigation and scaling up mitigation ambition, loss and damage associated with climate change impacts, finance, and mountains during COP27/CMP17/CMA4. Delegates will also participate in other agenda items such as the development and transfer of technologies, capacity building, LDC matters, gender and climate change, etc.

The provisional agenda of COP, CMP and CMA does not have agenda on mountains although Article 4.8 of the Convention provisions for funding and transfer of technology to meet the specific needs of the countries with, inter alia, areas prone to natural disasters, fragile ecosystems, including mountainous ecosystems, and landlocked countries, relevant to Nepal. As per Article 4.9 of the Convention, developed country Parties should provide funding and technologies to least developed countries (LDCs). Article 4.9 is partially implemented by adopting the LDC work program, establishing LDC Expert and LDC Fund in 2001. Nepal has also accessed LDC Fund to adapt to and build resilience to climate change impacts.

Nepal has regularly included climate change impacts on the mountains in its statements in high-level segments of the COPs. At the 2009 Copenhagen Climate Change Conference, the then Prime Minister announced the 'Mountain Initiatives' (MI). Before and during Copenhagen Summit, Nepal organized a regional conference on 'from Kathmandu to Copenhagen' in August-September 2009, a Cabinet meeting at Kalapatthar with Sagarmatha declaration in December and a rally with summiteers at the prescribed area at Copenhagen city in December 2009 to draw the attention of the international communities and leaders on the adverse impacts of climate change in the mountains, peoples, livelihoods, and resources. The then Prime Minister also handed over a 'black stone' to the then US President in New York. To advance MI and let the international people know about her initiatives, Nepal started organizing side-events on the mountain agenda from 2010 onwards during COP sessions, mostly in partnership with ICIMOD. Nepal also organized an international conference of mountain countries on climate change in April 2012 which was inaugurated by the then President, and statements were made by the Prime Ministers and deputy PM, including Ministers or high-level delegates from participating mountain countries.

During the last 13 years, the government and development partners signed a compact on climate change (an understanding between the Government of Nepal, Ministry of Environment and development partners on ways to address climate change challenges) in September 2009, declaring the 'Kathmandu Call for Action' in April 2012, made Rara declaration on climate change and environmental threats: protecting lives and livelihoods of mountain people in October 2014, Sindhupalchowk (Gufadanda) declaration in January 2019, Nepalgunj declaration in June 2019, and Mustang Advocacy Summit in September 2022 with the declaration of Sustainable Mountain Solutions. The President of Nepal inaugurated the Gufadanda and Nepalgunj conferences immediately after her participation at the High-level segment of the CoP24 at Katowice, Poland in December 2018. Furthermore, Nepal has flagged the impacts of climate change at the UN Summits and events. Nepal's Head of Delegation at the UN General Assembly in September 2022 stressed on 'disproportionate burden of climate change Nepal is bearing, including melting of glaciers, and impacts on people, lives and properties. These events have contributed to drawing the attention of the climate partners to the impacts of climate change in the mountains. Despite these efforts, Nepal may wish to officially table 'climate and mountains on the COP's agenda. This issue is well matured and it would be appropriate to consider pushing it as a separate agenda item in collaboration with other mountain countries, Parties to the UNFCCC.

The then Joint Secretary and chief of the Environment Division of the Ministry of Forests and Soil Conservation, Mr. Tara Bhattarai attended the last meeting of the Inter-governmental Negotiating Committee (INC) which adopted the UNFCCC text in May 1992 in New York. During the last 3 decades (1992-2022), a total of 30+ Ministers, 26+ Secretaries and 17+ Joint-secretaries offered leadership on environment/climate change. One of the Ministers provided political leadership for over 3 years and one of the technical Secretaries led climate change for 5 years. Recalling bureaucratic leadership, Secretaries from administrative and technical streams leading climate change were almost equal. About 60 percent of the Joint-secretaries were from a technical stream. From 2009 to mid-2017, climate change activities were pushed for accessing funding and implementation. However, major climate change projects were blocked from mid-2017 and mid-2019- the black years -at the bureaucratic level. Reviewing the published initiatives, climate change took the momentum from 2009 to 2014, 2016 to mid-2017, 2019 and 2021.

Nepal offered leadership in climate change negotiations from 2013 to early 2017 being chair of the LDC coordination group, LDC Expert Group and the Adaptation Fund. These four years were effective in accessing climate funds and connecting to several organizations to inform the impacts of climate change in Nepal. Senegal is chairing the LDC Coordination Group for 2022-2023 and Ms. Madeleine Diouf Sarr has over two decades of continuous engagement in climate negotiations. She is the first woman to chair the LDC Group since it began negotiating as a bloc in the UNFCCC process in 2000. In Nepal, the government replaced the seasoned Joint Secretary of the Climate Change Management Division who functioned as the Chair of this Group in 2013 and till October 2014 with a completely new official in the climate negotiations for basically COP20 in December 2014. Although the new office was the Chair of the Group, Secretary Dr. K. C. Paudel led LDC negotiations in a professional manner.

During negotiations for the chair of the LDC Coordination Group in late 2011, Nepal was repeatedly questioned for the non-continuation of high-level officials in climate negotiations. In 2012, a 'core group' concept was developed and approved by the government to start a process for developing and mobilizing a 'specialized team' within the government for the UNFCCC process. It worked for 5 years and then disappeared. Non-continuity in the negotiation process, considering nominations as an incentive, the practice of taking 'overload' international commitments such as net-zero emissions by 2045, country ownership over such ambitious commitments, and under-functional national policies to comply with the international commitments have always been a challenge in Nepal's climate negotiation processes and in accessing climate finance. It is necessary to develop and mobilize a 'permanent negotiating team' of experienced and new/young officials to contribute to and benefit from the UNFCCC process. The government may form 'teams' of experienced in-country officials for developing proposals and accessing funding, and 'implementing projects.

China’s Rapid Transformation And Lessons To Learn By Krishna Silwal 2 days, 8 hours ago

Youths In Nepal Elections: From Social Media To National Platform By Sangya Dhakal 4 days, 6 hours ago

Skeleton In The Sandook By Hemant Arjyal 5 days, 5 hours ago

An Overture Filled with Confusion By Dr. K. Uprety 6 days, 11 hours ago