Over 70 Killed In India Bridge Collapse

Over 70 Killed In India Bridge Collapse 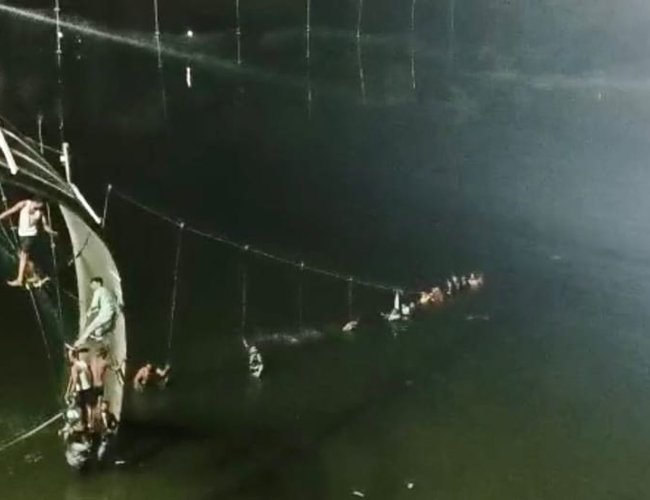 A pedestrian suspension bridge has collapsed in western India, throwing people into a river. Local media report that more than 70 people have died.

The accident occurred in Morbi in the state of Gujarat on Sunday.

Local footage shows some people swimming for safety or clinging to parts of the bridge.

Multiple local media outlets report the bridge reopened just days ago after renovation. They added that the death toll could climb further as a large number of people were crossing the bridge at the time of the disaster.