How Hospitable Are Our Hotels?

One of my serious complaints in hotels and restaurants is price. They are too expensive 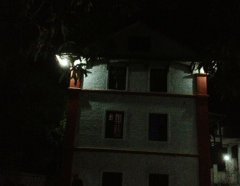 "Which is the best hotel in your area?" I asked over the phone to my friend in Dang.

After learning about its basic amenities, we decided to stay there. We reached Madhuban at night. The 80-year old house, renovated as a hotel, was glowing with light.

On the very first glimpse, it attracted me. There was a nice bar in the middle of its courtyard. Some people were enjoying their drink in that a-little-cold evening. Everything was exceeding my expectation, until I entered the room.

The bed covers were untidy. The bathroom was oddly uncomfortable. There was just one towel lying inside.

I was sharing the room with my friend.

"One more towel, bhai," I requested the waiter.

"One room, one towel," he quipped.

This was not the first hotel of this kind I happened to be in my travel. Many hotels spend unnecessarily on outer decoration, but they never think about the comfort of the guests while they are staying inside. They don't use simple design or focus on comfort. Comparatively, Pokhara and other evolving tourist destinations are doing better in this regard.

During my all Nepal trip last month, I had the chance to experience a variety of hotels. Chitwan is one of the famous tourist destinations. I stayed in a very big hotel there, but its room was smelling smoke. A heavy chain smoker should have stayed there. I had the same situation to face for another night in Butwal. That hotel room was smelling cigarette too.

My two consecutive nights of hotel stay were spoilt. I couldn't sleep. The next morning, I had sore throat and dizziness. When I asked the hotel boy in Chitwan about room, he tried to assure me of having used the air freshener. But the odor of burnt tobacco was too strong to go away.

On my way back to Kathmandu, I stayed in Butwal again in a different hotel named Singapore Guesthouse. It was so nice and pleasant. The price was affordable for its neat and clean atmosphere. We reached almost at mid-night, yet the hotel staffers were so helpful. The hotel was under construction.

The next morning I spoke with the front desk staff about the hotel. I noticed that they were influenced by Singapore in many ways, their attire, attention and responsiveness to the guests. Due to their charming behavior, I bothered to offer some suggestions so they could make their hotel among the best. I told them cleanliness would come next to godliness. Nice behavior and cleanliness would always attract the guests.

There has been an encouraging trend in Western Nepal of opening nice hotels with all facilities. Nepalgunj's Siddhartha Hotel and Kitchen Hut, and Dhangadi's Devotee Hotel are the examples of best hotels of this region. In addition, there are new hotels of excellence that are opening in the recent days, giving professional services to guests.

Hotels are where the people can rest and enjoy after their hectic work and travel. If the hotels have nice, smiling staffers, they will surely attract the guests to visit again and again. I rate Siddhartha Hotel in Nepalgunj in the first such rank where guests can feel special, right from when they step in. What I like the most about it is the people, who are always ready to serve.

Sometimes, I had to go to Siddhartha Hotel at mid-night too. The staffers always offered me food.

"Have you had your dinner, sir?" they used to ask me. "Would you like me to get some order for you?"

And you don't need to serve all the time. In many hotels, the staffers are desperate to leave early. They often insist the guests to order as soon as possible. Almost at 10, restaurants are deserted. Why not to give services to the guests for long? Why not smile when you're serving them? In a hospitality business, even you can charge for your smiles as well.

One thing, I don't like in the good looking hotels of our country is the refilled water bottles served at restaurants and rooms. It is disgusting that the practice may easily pass on the diseases to others. If separate water jars and utensils are used to serve water, hygiene will come as a bonus to the nice gesture.

Some hotels are full of noise going on at mid-night till early morning. Politics, too much of it, I feel, is another spoiler of the hotel business. The staffers are the members of the Maoist party. They look arrogant and are not serving nicely. Since the imposition of the service charge in hotels and restaurants, the quality has gone down severely.

One of my serious complaints in hotels and restaurants is price. They are too expensive. They don't care about the volume of the business. If they target the middle class of the society, that will definitely increase their business volume and profit margin. Because of the price, most people have been discouraged.

On a positive note, comparatively, many small hotels outside Kathmandu are cleaner and better than those in the valley. But they need professional management training and encouragement.

I can always feel the vibes of the hotels. The first step of the hotel or the blink upon hotel staffer can make a difference. What happened to me in Madhuban Hotel that night? It was a nightmare. Even my friend on the next bed noticed my frightened state. The colorful lights at the hotel wall and entrance are no guarantee of peace and comfort inside it.

Nepal's Over Dependency And Sluggish Development By Hari Prasad Shrestha 4 days, 2 hours ago