There is already a persistent opposition from some people who will lose their everything in the up-gradation of the hydropower project from 75 megawatt to 102 megawatt. 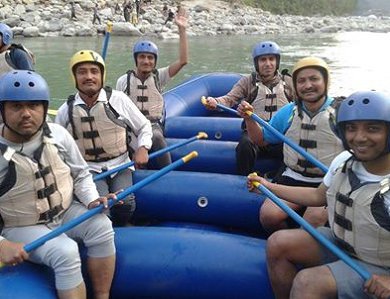 It is easy to show a bias on the issue of whether to save environment and tourism or develop hydropower projects in Nepal. The country is underdeveloped and energy-starved. Both tourism and hydropower promise opportunities for economic development. These are the pillars of any economic revolution in the country. These are facts that need to be stated and there is not much room for analysis and personal opinion about them.

Development has its costs. There are groans and moans of victims who will be created by Bhotekosi upgradation in Sindhupalchowk. There will be stories of cracked houses and fields because of blasting. There is already a persistent opposition from some people who will lose their everything in the up-gradation of the hydropower project from 75 megawatt to 102 megawatt. Their livelihood will be annihilated at the cost of supposedly larger interest called hydropower development. Questions arise whether there is enough protection of individual rights and property rights and community rights. Or, such rights are curbed and sacrificed in the national interest.

We were at Sindhupalchowk to celebrate the weekend and to see how the conflict between upgrading of the hydropower project and its adverse impacts on environment and tourism, particularly white water rafting on the world's seventh best river, was playing out.

Before we left Sindhupalchowk there was a gathering at Borderlands Eco-Adventure Resort for an interaction between the locals and lawyers. Thirteen lawyers had been to the Bhotekoshi to observe the impacts of the hydropower project. We were exploring the possibilities of getting maximum benefits to the locals. Whether 75 megawatt hydro project is enough or construction of 102 megawatt project is desirable was the question facing us that afternoon? What is in the interest of local people? Who can tell it better? Who has seen the consequences?

In this case development definitely has its costs. People will be displaced and environment will be affected leaving one of the best rivers for white water rafting in the world to a barren and useless beach. Moving families from places where people have lived for generations isn't easy. Not for those whose livelihoods are dependent on agriculture and river Bhotekoshi. Moreover, it is a forced displacement. It is not a desirable one for many of them.

These questions are important to be answered for the fact that if a decision is made in favor of up-gradation of hydropower project the experience I had this weekend, many will not be able to have it on the banks of Bhotekoshi in near future. I will be one of those lucky few who will be trying to convince others that I had such exhilarating experience this weekend.

Megh Ale hosted us at Borderlands Eco Adventure Resort for two days. The resort looked well kept but for one fact that there was a huge boulder right in the middle of the resort. The boulder which came down as a result of blasting above while constructing the road crushed one of the cottages. Luckily no one was hurt. In that peaceful environment there is a constant fear that something unpleasant might happen because of the blasting done above.

On a lighter note we reached Borderlands Eco Adventure Resort in the evening. We had our dinner and then we danced to the music till late in the evening till we were tired. Once we were in our tents the sighs of Bhotekoshi penetrated the silence of the surrounding hills. It made a persistent effort and made us realize the chase of infinity that is inherent in silence.

The next morning we went to inspect the place where the flow of Bhoteksohi would be stopped to build dam and the tunnel to divert the water. There are two possibilities there: to construct the 75-megawatt hydropower which would not affect eco-tourism, or to build the 102-megawatt hydropower which will divert water further down which would take away the charm of rafting in Bhoteksohi.

After the interaction with the locals and hearing their stories I came to realize everyone has Bhotekoshi dreams and expectations from it in their own ways. How fair it is to shatter others' dreams in pursuit of one's own is a question that needs immediate answer to the people dependent on river Bhotekoshi?

On our way back we did a bit of rafting ourselves to experience it. I must admit it was more than fun. It was a way to blend with and befriend nature. Very rarely one gets to be with nature so close.

However, I also noticed the untreated sewerage that is thrown directly into the water. The stink of it made me disappointed. Nobody has learnt from the mistakes that Kathmandu has made in throwing untreated sewerage in the Bagmati river making it one of the most polluted rivers in the country. Everyone in the country looks at Bagmati with disgust but none has learnt to refrain from making another similarly polluted river. I have never understood why people follow the development pattern of Kathmandu which is a catastrophic development.

The political, social, cultural, economic, developmental, policy and legal issues need serious contemplation before the course of Bhotekoshi changes. There is the need of political will and vision for development and tourism, awareness of social and cultural impact, economic benefits and losses and sustainability and guarantee of fundamental, individual and community rights.

The Impact Of Disaster Prevention Education Implementing SFDRR In Nepal By Kazuo Arai 6 days, 15 hours ago

Commentary On The Preamble Of Padma Shamsher's Government Of Nepal Act, 1948 By Dr. Bipin Adhikari 1 week, 5 days ago

Why Nepal’s Policymakers Are Obsessed With Hydropower? By Pratik Poudel 1 week, 6 days ago