A Trek To The Lesser Trodden Ruby Valley

It took us thirteen hours to reach Somdang from Parbati Kunda. It wasn’t an easy trek navigating thick snow. Several times we feared for our lives. 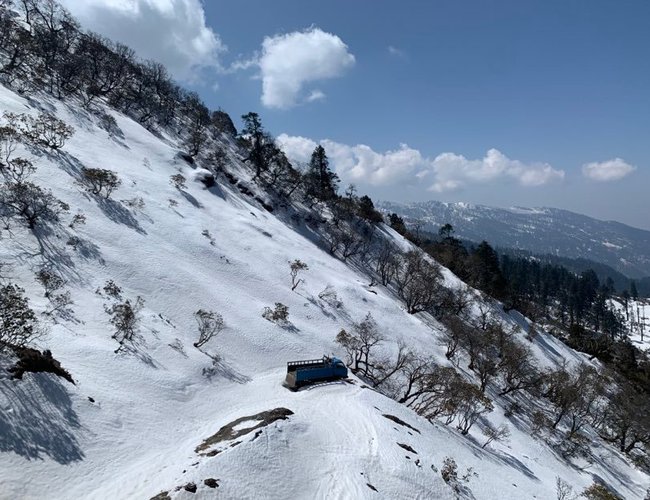 The journey started last Thursday, on March 10, 2022. I was welcomed by Bhimshen Pandey at Devighat. His mother had passed away two years back. His sister is studying in Kathmandu. His Dad prepared two meals. The dinner and the next day’s lunch. Bhimshen and I wandered around in the hills meanwhile. The next night we spent at Dhunche. We walked from Dhunche to Syabrubesi the next morning. Blooming Rhododendrons were a pleasant sight and promised a great trek in the coming days. We also got a truck ride for the last two kilometers. We were accompanied by Manish Jung Shah at Syabrubesi. We boarded the same bus in which Manish had reached Syabrubesi from Kathmandu. We got down at Gatlang and walked to Parbati Kunda. That’s where we spent the night.

Manish and Bhimshen have interesting lineage. Manish would have been the reigning king of Nepal had his forefather King Rana Bahadur Shah not married his third wife with the promise that their son would be the king. Because of the politics within the royal family, the first heir to the throne missed his opportunities to serve Nepal and its people. His ancestors gradually lost the royal title and Manish has been an ordinary citizen of Nepal. Bhimshen Pandey too has an ancestor who contributed to the formation of Nepal. Kazi Kalu Pandey was a trusted Chief of Army Staff of Nepal. Trekking with them added flavor because of the importance their ancestors occupied in Nepal’s history.

It took us thirteen hours to reach Somdang from Parbati Kunda. It wasn’t an easy trek navigating thick snow. Several times we feared for our lives. We were navigating snow that was thigh high or even more. At several places there were snow-slides. Crossing them was a nightmare. It was our first experience walking in the snow and that too without proper gear. We were not sure how deep the snow would be until we placed our foot each time on them. However, the sight of the magnificent peaks was encouraging. Our energy never diminished because of the Yak Cheese we ate that we bought in Parbati Kunda in the morning. Nonetheless, it was a never-ending ordeal. We reached Somdang around eight-thirty in the evening. Tamang duo had come to meet us with a flask full of hot water two hours short of the destination after it got dark while we were climbing downhill to Somdang from Bhanjyang. We took a rest the next day. We were intimidated by the earlier day’s trek and the trek that would follow. We had local delicacies ‘Dhindo’ and ‘Gundruk’ that evening.

The next day was worse. We got lost in the jungle and didn’t find our way back until almost sunset. Realizing the need for a guide we had hired Chuwang Tamang at Somdang to take us to Tipling. We had to cross Pangsang Pass at 3850m (approx.). That we did relatively comfortably in four hours. The view of Ganesh Mountain, Paldor Peak and Langtang with others often captivated our attention during the walk.

But the nightmarish ordeal started with two wrong decisions. In order to avoid the snow, we took a path that would lead us to nowhere. Even after realizing there was no path we continued instead of returning back to the main road. With every step, we were getting further away from the road that would lead to Tipling. We were deep into the snow-covered forest without enough water to drink and only whatever food we had carried. We were following a track that would just vanish. Soon we ran out of water to drink. In desperation, we filled our water bottles with snow. But the snow would form ice instead of water. There was no respite.

With no road ahead of us, we were forced to create our own path in the forest that was covered with snow. We still had the option to return back to a Kharka, a shed and spend the night there. But we decided to cross a stream and were determined to find the road. Chuwang was continuously fretting that he had us in trouble. We used two legs, two hands and all the fingers in the steeps and to navigate the forest. Our stamina and willpower were tested at that moment. Manish was lagging behind. He got stuck in the snow and was barely clinging to a stem of a plant in a steep hill. He said that at that point he felt like a wounded soldier in a war who would tell his friends to proceed and let him die as he guarded while he momentarily lived in peace. It was scarier when we reached a cliff.

Chuwang came with the good news that he had found the road but we had to climb down a cliff. It looked like a cliff where Mountain Ghoral would look down from. Manish resigned. The sunset beyond the horizon was beautiful. That was the only pleasant thing at the moment. Nothing had worked for us that day. Was Chuwang really saying that we could climb down that cliff? He said he could. He was carrying our bags as well. He had been carrying three bags including his all day long. Looking down I wasn’t convinced I would be able to balance looking at the steepness. I would certainly not reach down in one piece.

We had no option. It was a point of no return. We couldn’t go back. Going back was equally nightmarish. And there was nowhere to go. It was all jungle behind. However, there was hope in climbing down this steepness. We could see the road. But it wasn’t very near. Chuwang had been like a snow leopard the entire day. Even our lionhearted Bhimshen Pandey was already intimidated by an unending jungle journey. If Chuwang could climb down the cliff there was no reason he couldn’t. And if he could I could as well. And if I could Manish could as well. We were inspired by each other.

It wasn’t difficult for our Himalayan Thar Chuwang to climb down the cliff with our bags. Bhimshen took an alternative path. He slipped twice but nothing serious happened. Many times I took help with my butt and spine as well. My pair of legs, two hands and ten fingers weren’t enough for this downhill. I was off-balance. Cautiously we descended. More so, the sun had set and it was getting dark. Manish was motivated by the possibility of sliding. But there was a risk of sliding for two to three hundred meters without stopping. However, he too managed well. By the time darkness overpowered light we were hopeful that the death game was over. Fortunately, we didn’t roll to the stream down below into pieces but reached safe and sound.

But we were far from reaching Tipling. What was estimated to take a 6-7 hours journey would take us fourteen hours. I had started doubting Bhimsen Bhai’s judgment. I had to tease my brains from then onwards. I had to start thinking independently. We took a relatively lesser hours’ walk the next day to Chalis Gaun. We enjoyed the company of an ever-active and wonderful lady host. From Tipling the menacing snow-covered path was over. We enjoyed a friendly conversation over a warm afternoon sun in a relaxed environment.

The next day we headed to a hot spring at Tatopani. We had walked hard to enjoy a leisurely morning in the hot spring but were a little concerned with the cleanliness. Nonetheless, our muscles were relaxed in the warm pool. We did a bit to clean the hot spring but it wasn’t easy where people were habitually least interested in maintaining cleanliness. After a man spat his cough in the pool we had to conclude our stay. It was also time because we also had spent a couple of hours letting the soap contaminated water out and refilling the pool with fresh water. In short, it was time we left. A couple served us lunch. We tried nettle greens with rice and vegetables. Omelete was our all-time favorite. We didn’t feel like spending the night there for a couple of reasons. The cleanliness of the rooms, the overwhelming number of people and Borang was just a couple of hours walk from there. 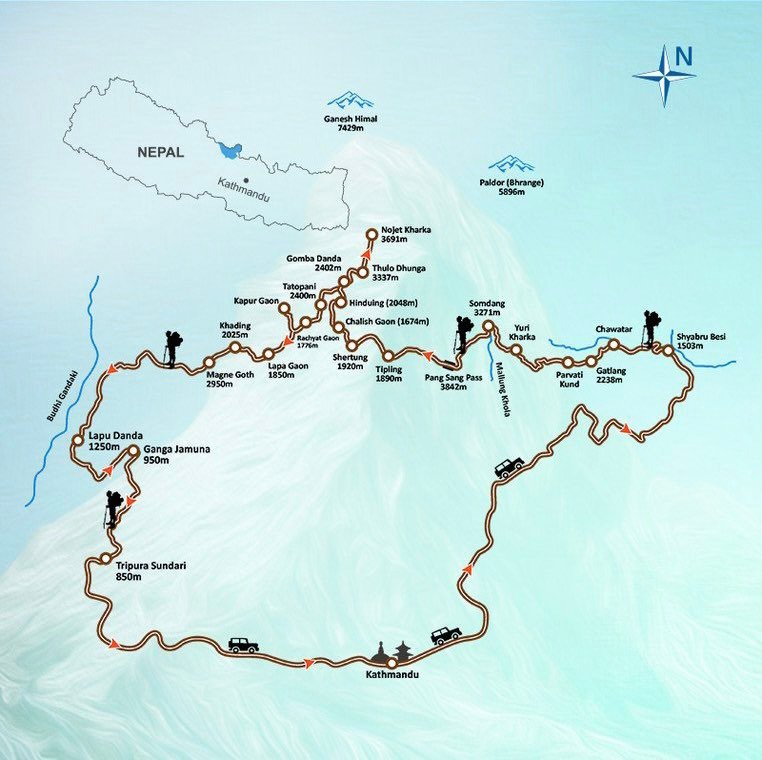 From Borang we were told we could find vehicles. We took a motor road to Borang along the Ankhu river. We also swam in a chilled tributary to the Ankhu river. There are a few hydropower projects being built in that area. I reached Borang well before sunset. Manish and Bhimshen reached at nightfall. After persuading Manish and Bhimshen, we had left Tatopani around 1 pm. We stayed at Lama Hotel in Borang. It was a comfortable stay. The simple dinner was delicious. During a light conversation with the locals, I got to know that Borang like Chalis Gaun was an ancient village. I am sure Tipling had its history as well. But we had reached Tipling tired and late into the night to make any meaningful conversation.

It hurt to know during the trek that many families had forsaken Buddhism and Hinduism and embraced Christianity. I don’t have a prejudice for Christianity but I believe that the height and teachings of Buddhism and Hinduism that meditation gives peace cannot be belittled. Moreover, development is related to science and education and not religion. We were told that families have been lured with a better education at better Christain schools in Kathmandu.

Xavier Marg which crosses Pangsang Pass is also open for vehicles. Of course, a lot of Ruby was found while constructing the road. In fact, a young lad who studied at St. Xavier’s School told us that the road was more serpentine because the precious ruby guided the dozer operator. Xavier Marg was built with the help of Xavier Network. The young graduate rightly boasted his contribution to constructing the road.

The ride from Borang to Dhadhing Besi cost us Rs. 1200 each. It was off-road. We were powdered by dust by the time we reached Dhadhing Besi six hours later. But the road passed through jungles. I couldn’t help but imagine how beautiful the drive would be on a smooth road that navigated through the lush green forests.

Walking in the streets of Dhading Besi I did feel a bit out of place but it was nice to be back in civilization. The streets were smooth and there were things money could buy. From Dhadhing Besi Manish and I took a ‘HIACE’ to Kathmandu. It was less than a three hours drive. We had interesting conversations with fellow travelers during these three hours trips. It was nice to cozy up with the people after deriving mixed feelings after a nine-day trip to the Ruby Valley. With proper landmarks placed and inappropriate (we were told Baishak) season Ruby Valley has immense potential for tourism. In the meanwhile engaging a local guide would be wise if one intends to trek. People are friendly, warm and seasoned by experience. 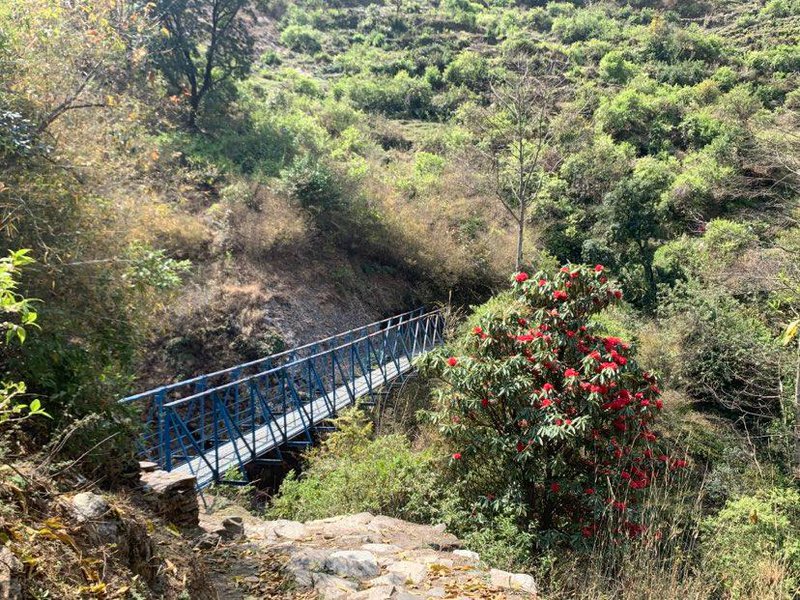 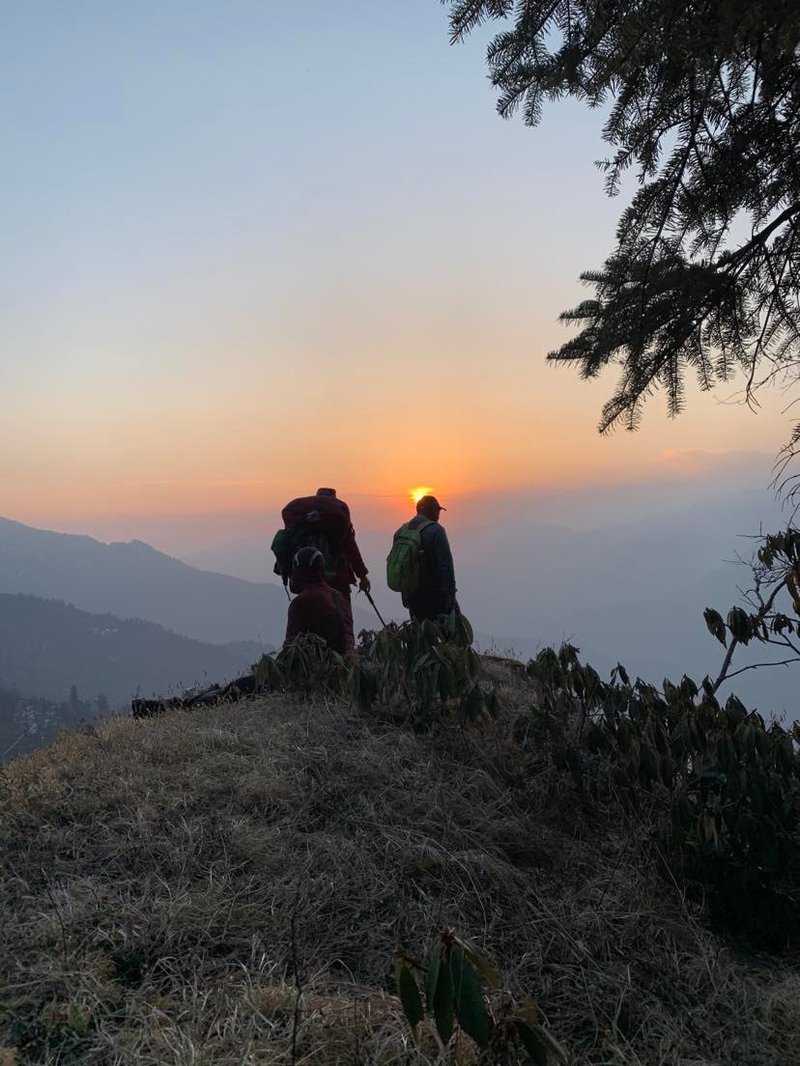 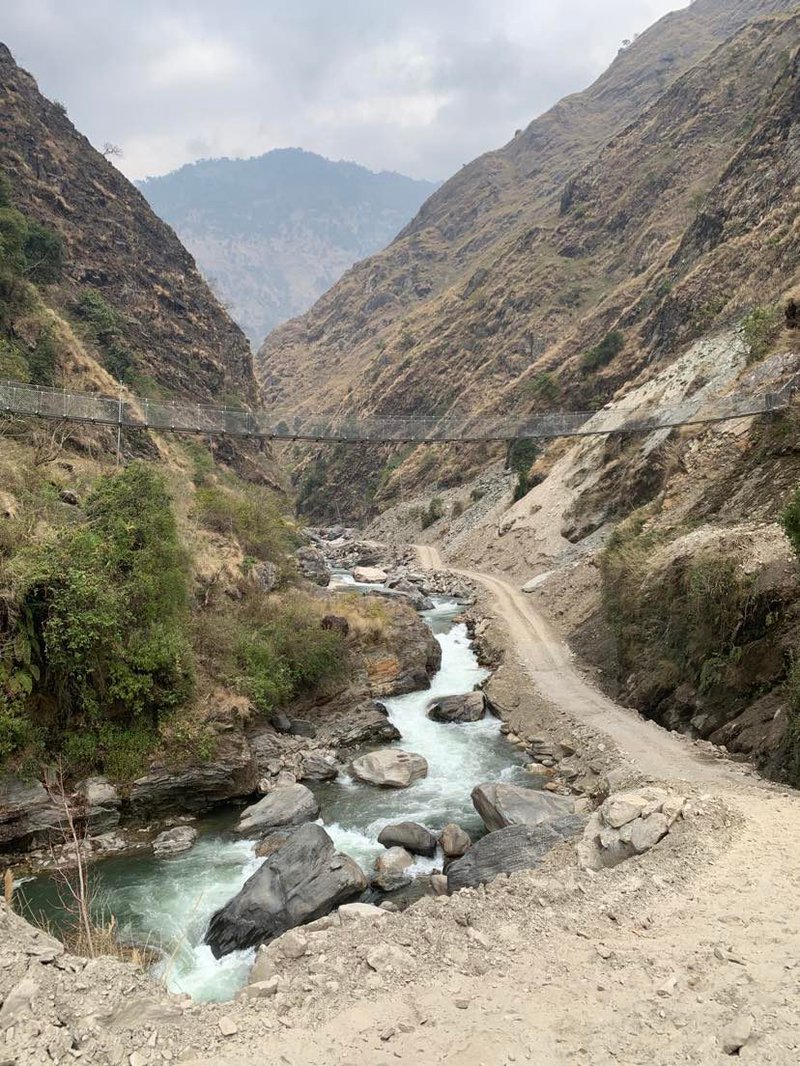 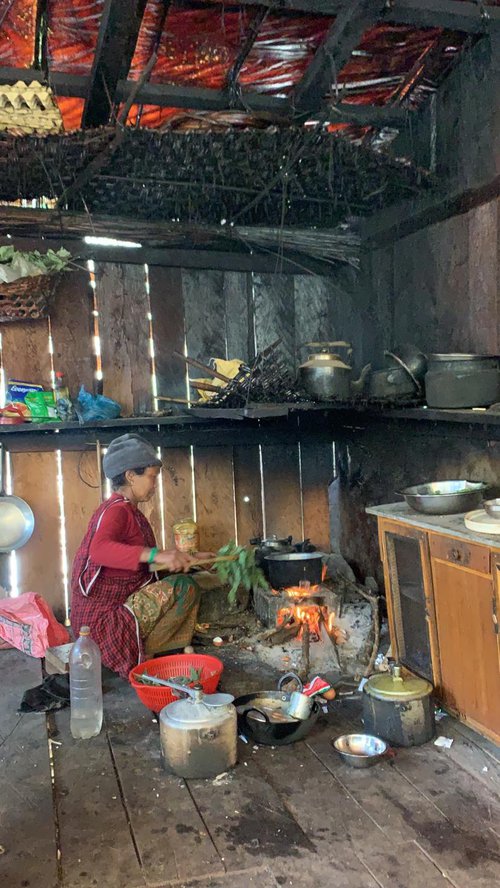 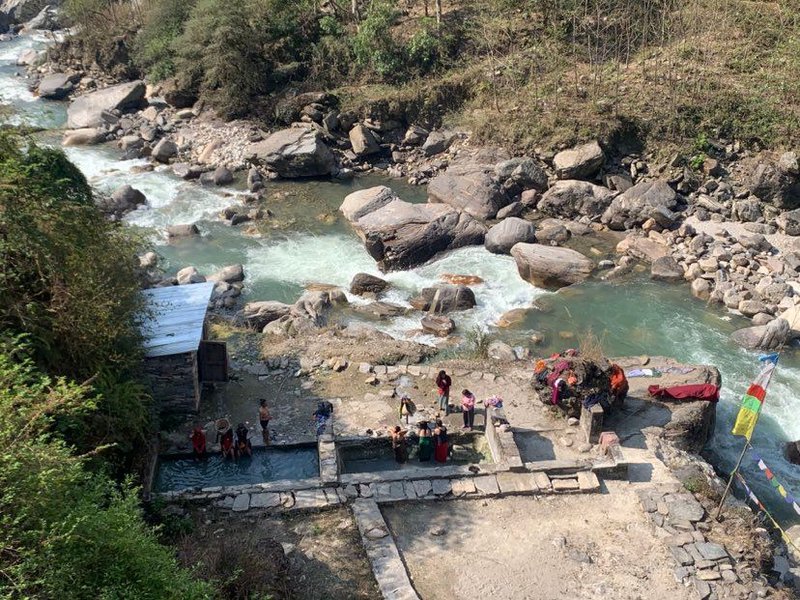 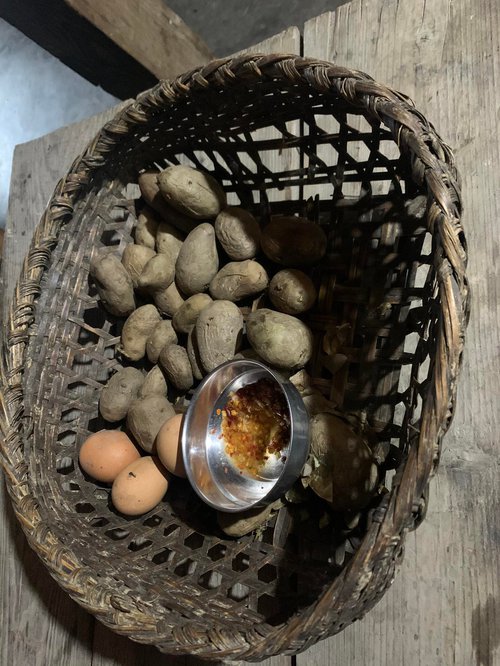 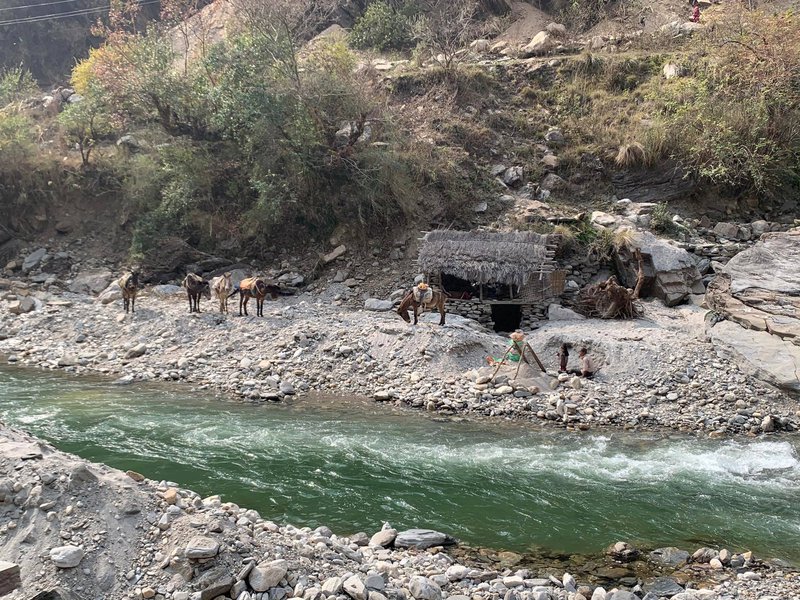 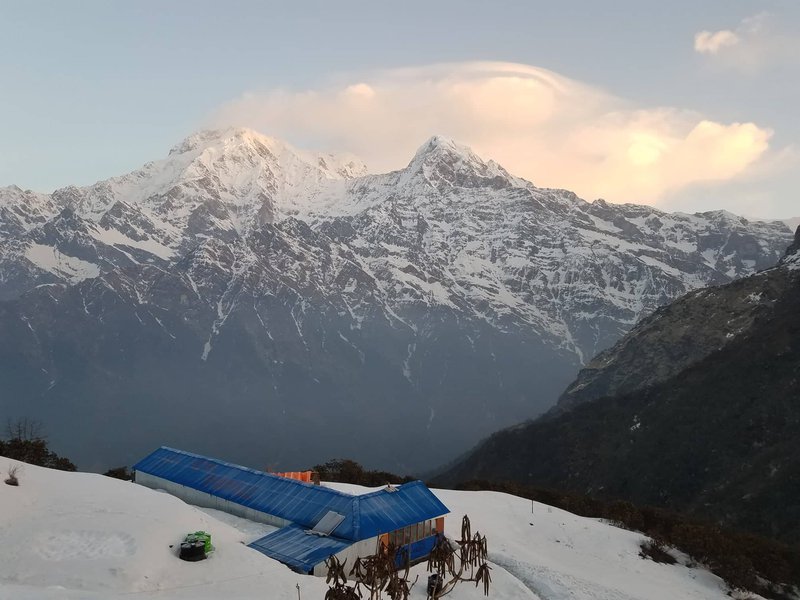 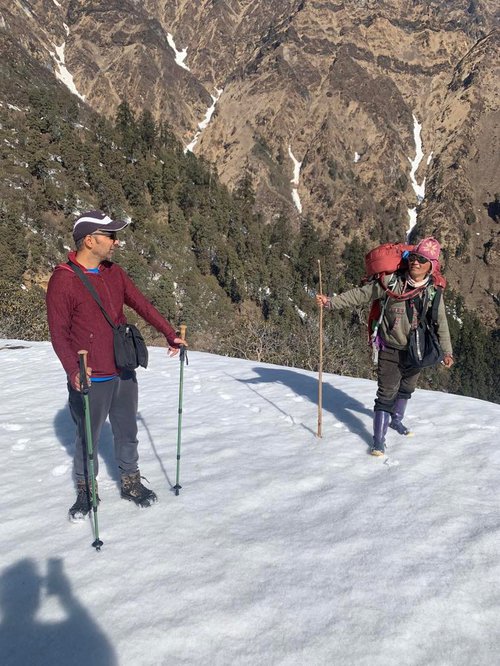 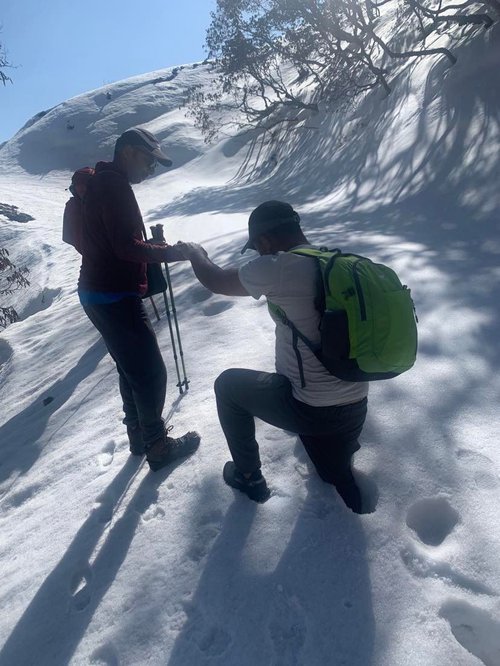 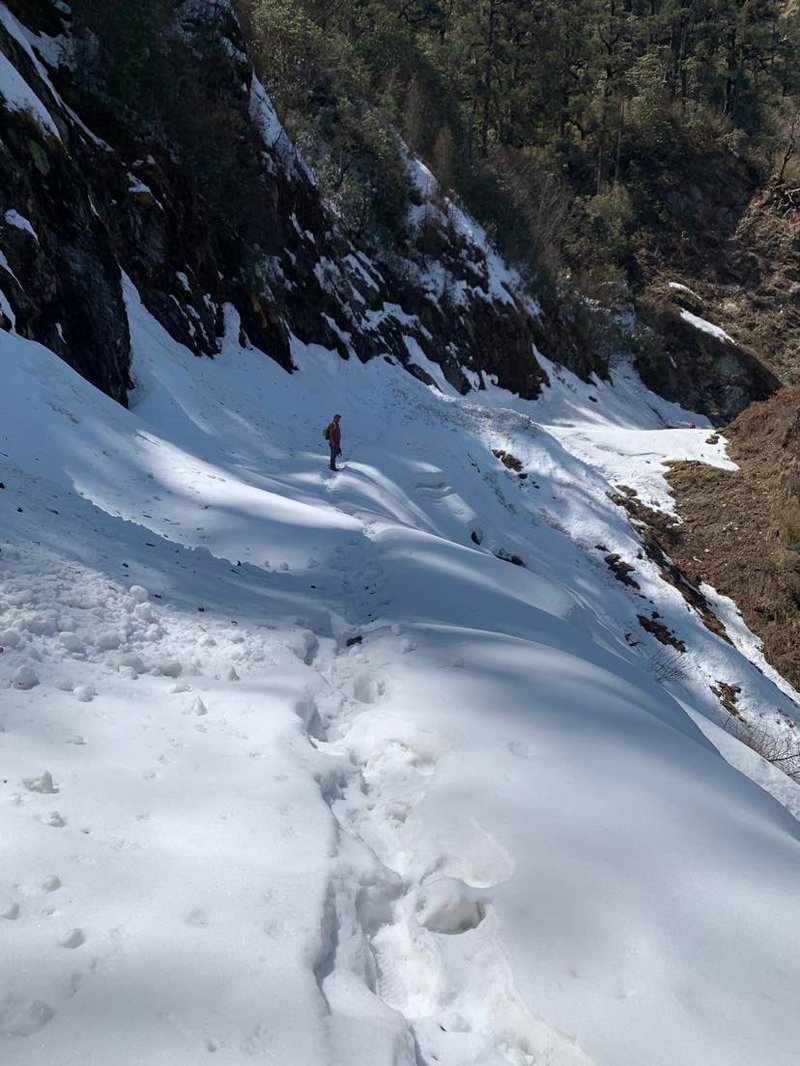 Conferment Of The Order of Japan’ Decoration As Very Special To Me By Himalaya Shumsher Rana 3 days, 10 hours ago

Long History Of People-To-People Exchange Between Japan And Nepal. By Yutaka Kikuta 3 days, 13 hours ago