The following day my mood improved when I read in a Nepali daily that Nepal had, during the last five months, added as much as 40 Mega volts of electricity into its National Grid. 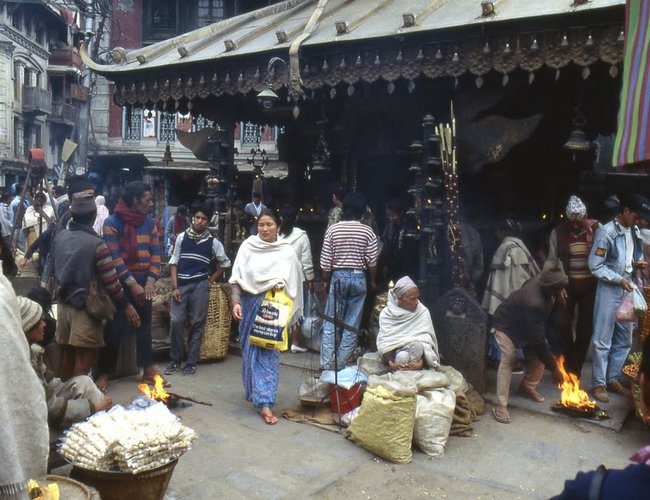 I was reminded that we are well into the Meenpachas during the first week Poush when we had a taste of load shedding during the early hours of the morning.  My mind reverted back to the news I had read stating that Nepal had requested India to delay by two months the proposed hike in the electricity rates for the electric energy that it was supplying to Nepal.  I was truly depressed thinking of what this winter would hold for me.  The following day my mood improved when I read in a Nepali daily that Nepal had, during the last five months, added as much as 40 Mega volts of electricity into its National Grid.  The paper mentioned that this had been done through the seven medium and small projects such as Thapa Khola, Upper Mai C, Saba Khola, Puba Khola, Faba Khola, Saardi Khola and Garjara Khola.  My mind flashed back to the days when Arun Three was in the news and a famous American Corporation based at Houston in Texas, with it Nepali supporters was vying for the project.  There was opposition with the accompanying slogan, "We shouldn't put all our eggs in one basket," and the alternative of having smaller projects scattered all over the country was touted as being the answer.   It must have been the blessings of the Almighty that prevented American concern from getting a foothold in Nepal.  Enron fell by the wayside and it is all past history.  Now there are Micro Hydro programs in different parts of the country and all these have been cited as successful.

However the many who came forward wanting or claiming to be the right ones picked up licenses and whiled away the time, looking for a 'sucker' they could sell the project license and earn without having even lifted up an aggregate, mixed it with sand and concrete and poured it on the steel skeleton of the hydropower project.  Some of these 'Fly by night' operators or their concerns have come and gone and some are perhaps still here, aided by their supporters in our motherland.

The 1200 Mega Watt Budhi Gandaki hydel, a storage type project which lies in the districts of Gorkha and Dhading is the largest in Nepal.  The lake so created is estimated to be fifteen times the size of Phewa Tal and is forecast to be a tourist attraction of the future.  The Pushpa Kamal Dahal government had awarded this project to the China Gezhouba Group Corporation (CGGC) in May 1917.  Subsequently the Ministry of Energy signed the agreement on 5th June in the same year.  Then the Agriculture & Water Resources Committee and Finance Committee of Parliament directed that the agreement be scrapped.  Following the change at the helm of state affairs, the Sher Bahadur government terminated this contract on November 13 and Deputy PM Kamal Thapa stated on the 24th of the same month that Nepal would build it on its own.  Apparently the state owned Nepal Oil Corporation (NOC) has been collecting Rs. 5 on each litre of diesel, petrol and aviation fuel in the name of infrastructure tax and has even collected more than Rs. 13 billion from us consumers during the course of the last 16 months.  Whilst thankful for this information I am a little flabbergasted and feel that what we commoners in this land need is a bit of transparency of what is taking place.

This project has been listed as a component of the Belt and Road Initiative (BRI).  There has been some reports in the papers this, together with the Diamer-Bhasa Dam project in Pakistan and Adame in Myanmar, all awarded to the same CGGC, have been recently cancelled.  Was this due to the likely prospects in the long run or due to external reactions?   This brings many thoughts in one's mind as to what external forces or influences were responsible for this.  Will this decision be taken negatively by our Northern neighbour?  What are the chances that the recently elected Left alliance, once it forms its government will not reverse this decision again?  Seeing the enthusiasm for the railroad from the North to Lumbini one cannot guarantee that this decision will not be reversed.

The good news in all this gloom is the assurance of the Nepal Electricity Authority (NEA) that the event of the past week, when electricity was not supplied to the consumers was not an indication of the prospects of load shedding this winter.  Apparently the current peak hour requirements is met by the 220 Megawatts from the private producers, 464MW from NEA's own resources and 372MWs as import from India.  Disquieting information is that three projects with a capacity of 57 MW and due to be completed in April 2018 cannot supply the electricity to the National Grid. The Kabeli BI,  Ewakhola and Lower Hewakhola Projects cannot supply the electricity as the transmission lines for this purpose are incomplete. Is  this not an example of our incompetance?  However the NEA's assurance that domestic users will not be subjected to load shedding during this winter and the electric supply from India till mid April 2018 is good news for us.  Thank God for his kind mercies!