Nepal embarks on bold and realistic yet pragmatic initiatives 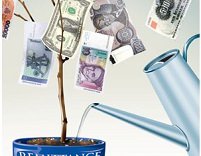 It is only prudent government of that will support high domestic demand, sustain flow of remittances, generate high employment, and mobilize substantial public spending on infrastructure. This means alluring domestic and foreign direct private investments, strengthening program delivery capacity, timely implementation and spurring strong bank credit growth. The challenge will be how to surge business optimism in politically and economically unstable environment and stimulate productive economic activities for economic acceleration. Robust growth needs to spread across all sectors, and not sporadically limited to traditional sectors for Nepal needs an economic Marshal Plan for there is no other short-cut process to keep millennials at home.

Sadly, governments’ economic performance deliveries are not inspiring for investment platform appeared short sighted and narrow coupled with poor implementation. Undesirable control and corrupt practices are serious impediments. These do not lend enthusiasm to investors’ partnership with government in economic process. Political transformation seems convoluted and future economic thrusts may still be lost in transition to federalism, with mis-diagnosed economic ailments and priorities. This will be worst if economics become a hostage to perennially embroiled relationships with major economic houses India and China, and our inability to adapt to changing global economic scenarios and emerging trends.

Without real wealth creation jobs creation is not feasible and sustainable. If 1,500 individuals, as reported by media, are leaving Nepal on daily basis annual job creation for 540,000, with decent wages, will be a mammoth task in a country where there is hardly any sustainable economic stimulus plan for the purpose. The debate will continue but new jobs creations will not match the burgeoning youths supply for a long time to come.

Let’s face it. Youth emigration will continue until there will be a massive economic development stimulus under Marshall Plan implementation. It is not going to happen with governments obsessed with politicking for their benefits and political glorification. Remittances constitute one third of Nepal’s annual budget and significant chunk of foreign exchange. Without remittances, Nepal’s economy could have long ago collapsed for imports have sky-rocketed while exports continue to plummet.

Given the fact that our attitudes towards diaspora also require some purification and perception change for their contribution is economically significant. Migrant youths are generally seen with less respect and dignity by fellow compatriots in Nepal for the state has failed to recognise their contribution in nation’s economic health. Remittance is the most important element in our national budget context. This alone should have been an honourable reason for government declaring them the real heroes of country. Migrant workers are patriotic people dedicated to work ethics. They send hard-earned money to their families at home for sustaining households and livelihood. In an era of global interdependency diaspora is an important cog in Nepal’s economic wheel.

Well, we must accept the reality and change attitudes towards migrant workers who have played more significant role than any other age-groups in national economy. Government’s policy focus should be, thus, on skills training and export of quality work-force. To do so, it must grant more scholarships to youths attending institutions for acquiring technical and vocational skills as priority over other sectors. Technical skills are a major component needed at various levels of economic ladder and it is crucial for youths’ employment at home or abroad. This will change socio-economic profile of work-force and of country and will contribute positively to economic transformation. Low standards of education propagate low standards in economy.

Migrant Worker experience in other countries

OFWs (Overseas Filipino Worker) in the Philippines are treated with high respect and nation values their hard work and contribution in nation building process. Government honours them as the "Heroes of Country". Every year, at year-end, Philippines President personally welcomes returning migrants at the Manila International Airport and thanks them for their contribution to nation. Country is proud of OFWs even though remittances do not exceed 10% of the national budget, unlike in Nepal it is above 30%.

Nepal is a victim of its own contradictions shrouded in our ambiguity and dilemma in maintaining good neighbourly relations. Forging economic alliance with India and China, as natural partners, should have been a top priority without getting embroiled into never-ending disputes over manageable issues.

Nepal is obsessed with imaginary threat to sovereignty for we are being conditioned to think that way for the gains of political parties. Switzerland, small country like Nepal, is surrounded by big military and economic powers like Germany, France, Italy, and Austria, is a sovereign country and has prospered having survived through two World Wars. Likewise, Singapore, surrounded by murky sea waters has become one of the richest and financially meritorious country in the world. Why can’t we achieve something similar in Nepal? When will Nepali political leadership overcome sovereignty propagation and take up economic agenda as priority to build this nation?

Foreign direct investments do not tamper with sovereignty for as it has not been happening in other countries around the world, including reclusive states like China, Vietnam, Cambodia, Philippines, Rwanda, Ethiopia, and Nicaragua to name a few. Even communist Chinese have welcomed foreign direct investment and investing in several other countries because they have surplus funds. India does not have that kind of surplus funds and hence clings on to its regional petty political issues.

China has, undoubtedly, outsmarted India with the revival of ancient Silk Road project metaphor. India is, understandably, unhappy for it would not want to subscribe to China's ambitious global project because both are keen on extending influence along the same territories and competing with similar aspirations. India cannot replicate this for it does not have the funds and it is marred by many internal socio-political contradictions.

With massive foreign direct investment China, Korea, Japan, Vietnam, Cambodia, Indonesia, Singapore, Thailand, Malaysia have not lost sovereignty. On the contrary, political standing of these countries have risen and their citizens are treated with dignity and respect. In Nepal, sovereignty has been an effective mantra to condition people’s mind-set while polarizing population for political intrigues and manipulations. This is contributing adversely to economic progress. Make country economically secured and liveable by improving economic standards and quality of life before demanding patriotism from poor citizens. Patriotism becomes strong only with economic security.

Mystic glorification, devoid of economics, will not guarantee economic security of citizens now or in future for people are inter-connected globally by technology and live in interdependent economies. Millennial majority aspire, and nation owes to them a better economic future. We have no other better choice other than becoming economically stronger unless we want to remain in bronze age like situation of the past era.