Tens Of Thousands People Assembled To Protest Guthi Bill, Agitators Call For Vigilance Against The Government

Tens Of Thousands People Assembled To Protest Guthi Bill, Agitators Call For Vigilance Against The Government 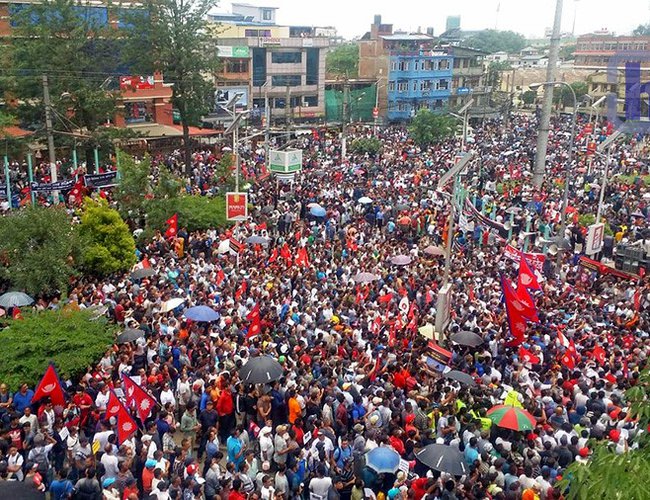 Angered by harsh words of Prime Minister KP Sharma Oli and his ministers, tens of thousands of people from Kathmandu Valley and other parts assembled at Maitighar Mandala protesting against the government move to cease the Guthi.

Speakers stressed the need to be more vigilant against the possible move of the government to reintroduce the bill again. "This government does not have any value and they can do everything to destroy our religion and culture," said People's poet Durga Lal.

Assembled from Kathmandu, Bhaktapur and Lalitpur, this is the largest demonstration against any regime in Kathmandu. They also criticized prime Minister KP Sharma Oli for not sensitive towards the Guthi system and heritage of Nepal.

All the speakers are critical about the words used by Prime Minister K.P. Sharma Oli and other ministers. "This is the just beginning, we will pull out this government if it continues to attack our culture and religion," thundered Malla K.Sunder.

With direction from Prime Minister Oli, Land Management Minister Withdraw the bill yesterday. However, the agitators demanded to scrap the bill after all.

Convener of NIPJSC Ganpati Lal Shrestha demanded the apology from prime minister Oli and his minister for hurting the faith of people of Kathmandu valley and rest of the country.

Due to the massive rally, the traffic across the Nepal was virtually interrupted. Conducted by Sujib Bajracharya, NIPJSC Convener Ganpati Lal Shrestha also addressed the rally.

"Ours agitation is people's agitation and they will not let anybody to encroach upon our religion," said Shrestha. 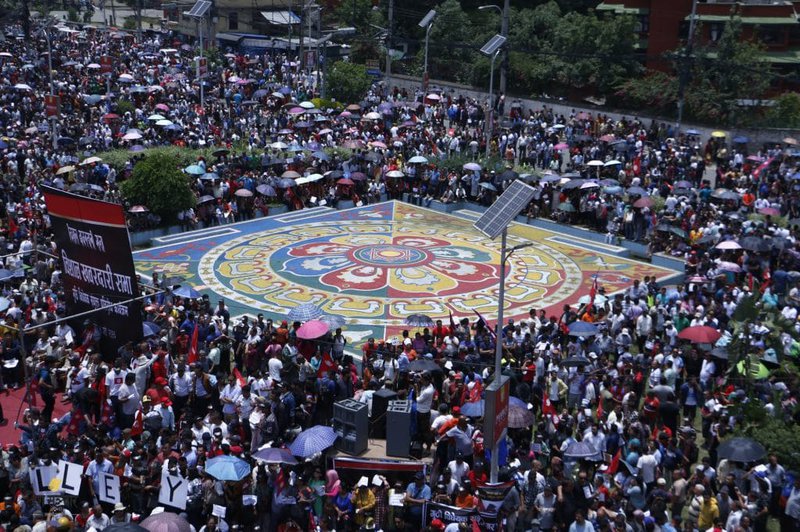 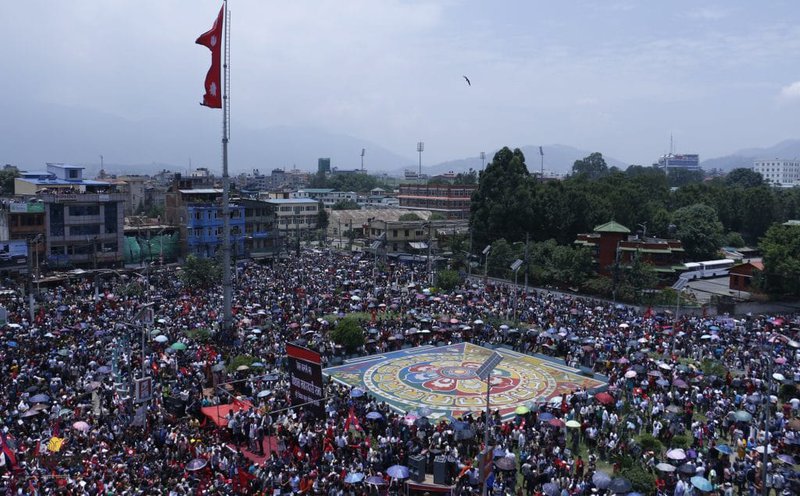 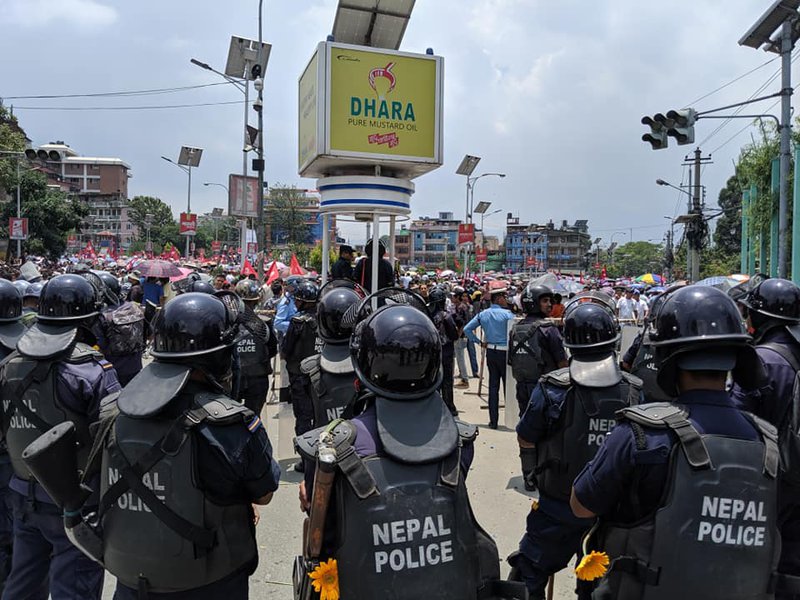 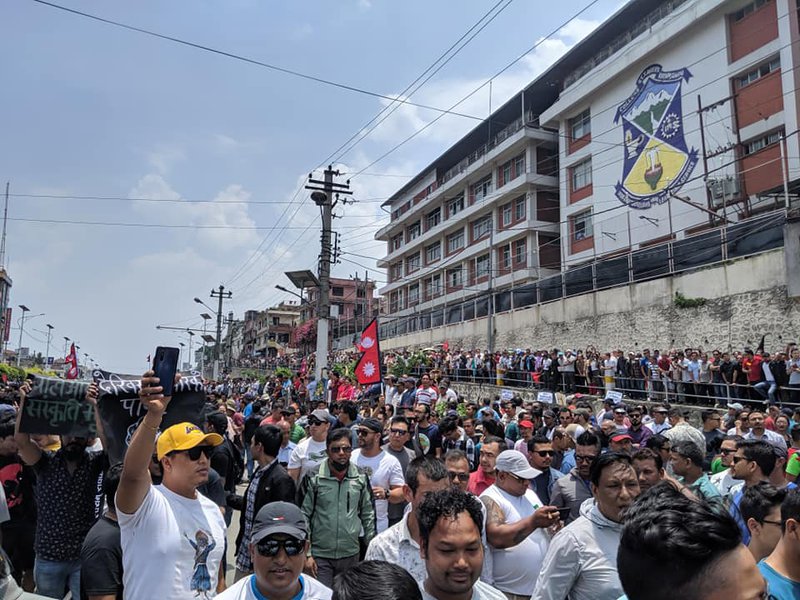 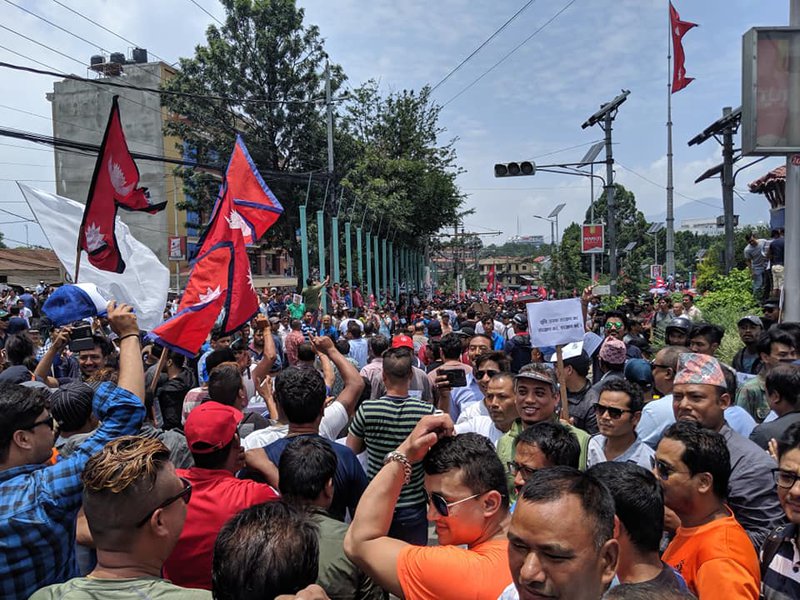 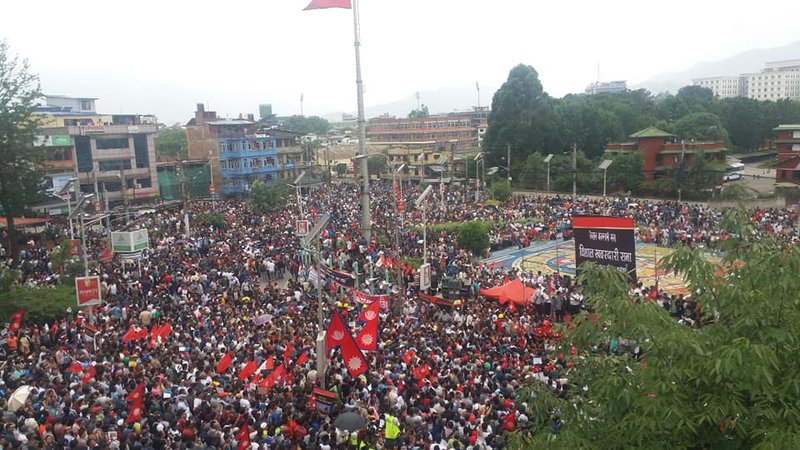