Sunaulosansar, a NGO, supported the constructions of private house in Brabal Village of Rasuwa district 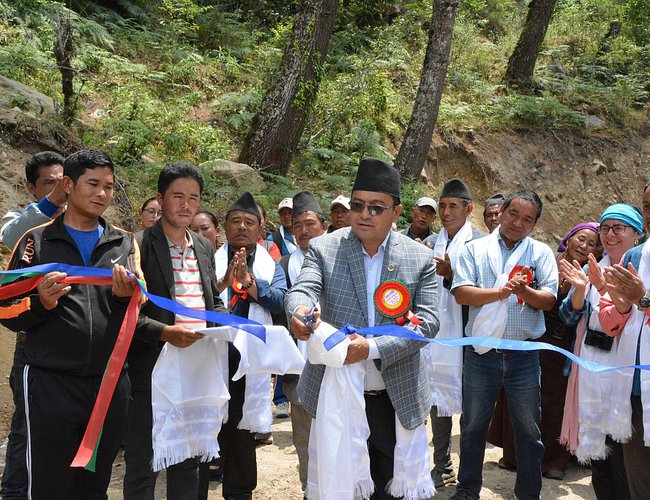 The two earthquakes on 2015 have hit some regions of Nepal hard. One of the areas was the Langtang region in Rasuwa district. In the village of Brabal, which lies at 2,300 m altitude, away from the regular trekking route and above Shafru Bensi, 87% of the houses were destroyed.

The residents had to life under plastic tarpaulins for years and suffered further hardships, such as lack of supplies of materials due to the Indian border blockade, transport problems caused by land slide blocked ways and never-ending approval processes. As part of its earthquake relief project Sunaulo Sansar NGO, a local non-governmental organization was able to rebuild 24 houses in Brabal. The financial support and help were provided by the people of South Tyrol - Italy, Switzerland and Germany.

Each villager received materials such as sand, cement, steel and corrugated iron needed for a one-storied, earthquake-resistant house with 3 to 4 rooms, as well as transport and labor costs for qualified workers. On their own, the residents of Brabal had to allocate glass, wood, stones and materials for interior decoration (room insulation, floor, etc.). Additional costs for a two-story construction, had to be borne by the new homeowners also.

Stones and intact wooden windows, which were collected during the deconstruction, were often re-used for the new houses’ construction. Particularly noteworthy are the solidarity and cooperation of the villagers. They helped each other in all kind of works such as fixing electricity, wood sawing or building window frames and doors. Those households who had damaged houses in Brabal, but intact homes in Shafru Bensi or Kathmandu were considered as not needy and therefore received no support from the organization. Well - after 4 years and 2 months, the inauguration of the rebuilt private houses took place in June 2019 during a festive celebration.

The ceremony was carried out in the courtyard of the monastery in Brabal. After serving snacks and introducing the guests of honor; the president of Upper Rasuwa, the mayor of Gosainkunda Rural Municipality Ward No. 5, the district representative of Langtang National Park, Brabal's mayor, representatives of German Nepalese Help Association, Chairman and the Buddhist Lama of Thulo Shafru as well as the donor and supporter Thomas Pfaender, who arrived from Germany, were presented with a khada and a guest of honor pin.

After the opening speech, all guests and villagers went to the entrance of the village. The unveiling of the project signboard and the slicing of the inauguration band were conducted by the President of Upper Rasuwa, who got a big round of applause. Back to the monastery courtyard further speeches were given by the guests of honor. The mentioned perspectives for village development, such as the approved budget for the complete asphalting of the road to Thulo Shafru, the implementation of a homestay project sponsored by Langtang National Park, the construction of a view tower and the promotion of regional apple growing, conjured a smile on the villagers lips.

Afterwards, a certificate of project participation and a symbolic lock were handed over to the new house owners. The celebration ended with a delicious Dal Bhat meal and subsequent photo session. About the organization: Sunaulo Sansar NGO is a non-governmental organization with its main office in Kathmandu, Nepal, and was founded in 2008. Sunaulo Sansar is Nepali and means "Golden World" This name is intended to express the preciousness of the world and of all people. Golden things are valuable and shine brightly. The world and all people are unique and "worth their weight in gold".

The organization aims to support children, families and needy people in remote areas, especially Langtang region. Projects are chosen carefully and concentrate mainly on the fields of education and health. “Help for self-help” is one of the main principles of the organization. Children from poor backgrounds get the opportunity to attend school through a sponsorship. As part of a village development project, a community shower house was built for all villagers. Students in public schools are supported with books, notebooks, pencils, and school uniforms. An environmental concept is intended to sensitize students and villagers in matters of environmental protection, sustainability and ecological thinking. The chairman and the members of the organization are committed to ensure that the donations reach the local people directly. They travel to the areas themselves and hand over materials to those affected. Transparency and regular information are provided by the annual sustainability reports. 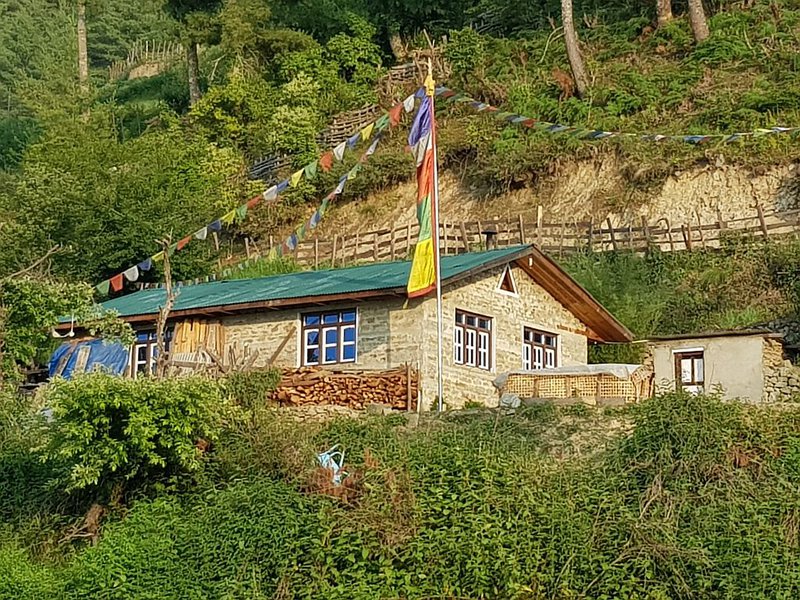 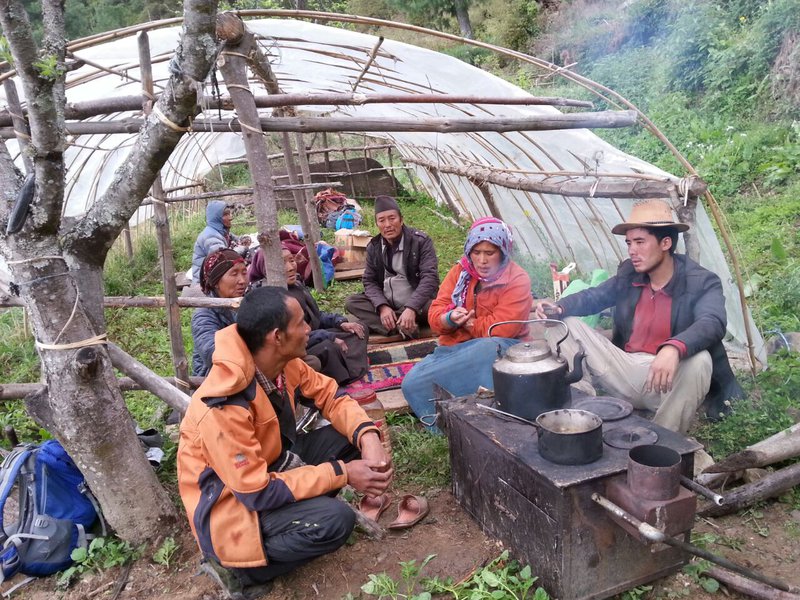 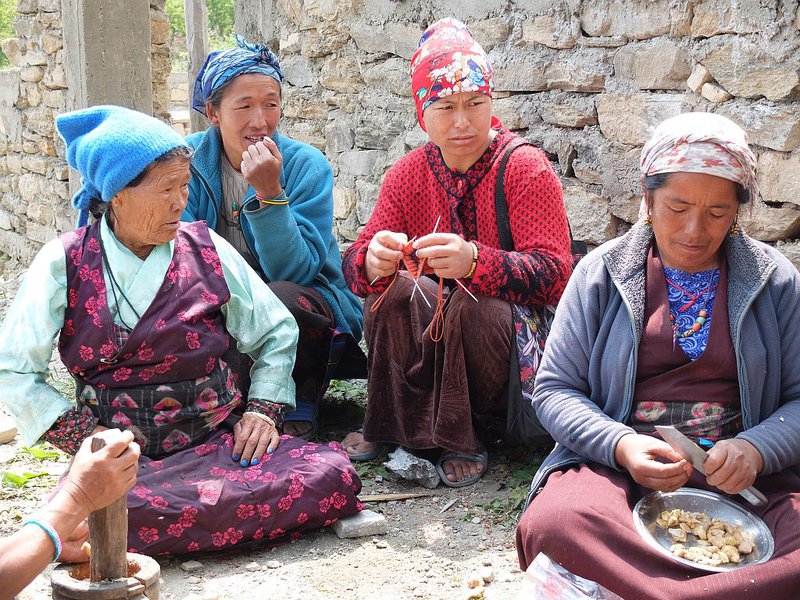 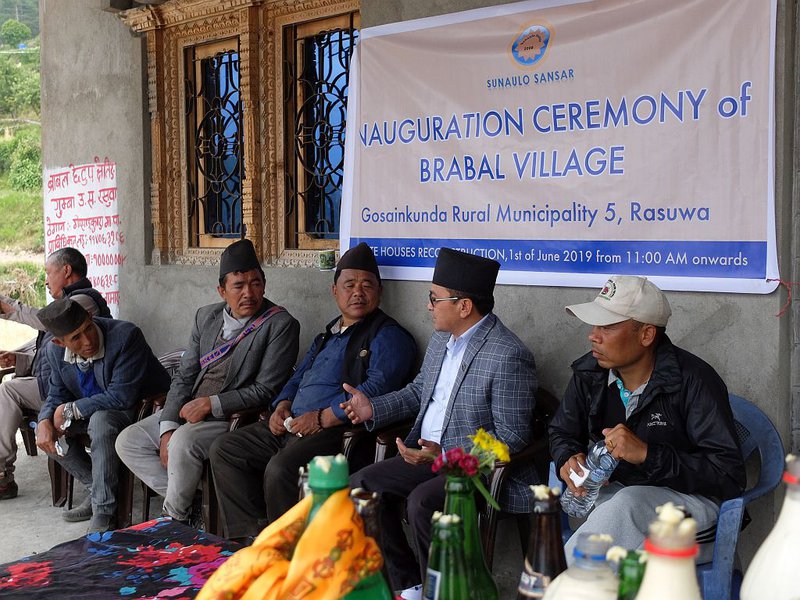