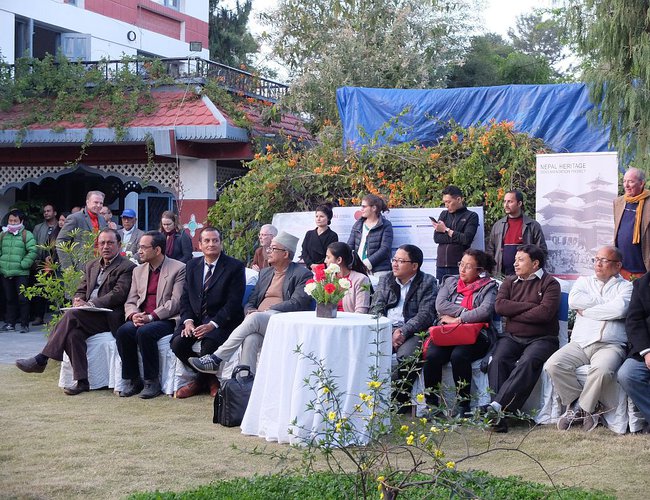 Three German research units bundled under one roof Nepal and its various ethnic groups as well as cultural richness have been a treasure for international researchers, explorers, geographers, and anthropologists for many decades.

The German research scheme in Nepal with a long history has already undergone various transformations. The first research project was launched in 1959 with government support and with assistance of the Fritz Thyssen Stiftung.

Six years later, the Thyssen House opened its doors and was predecessor of the Nepal Research Centre, which was established in 1967 by contractual agreements between Nepal and Germany. 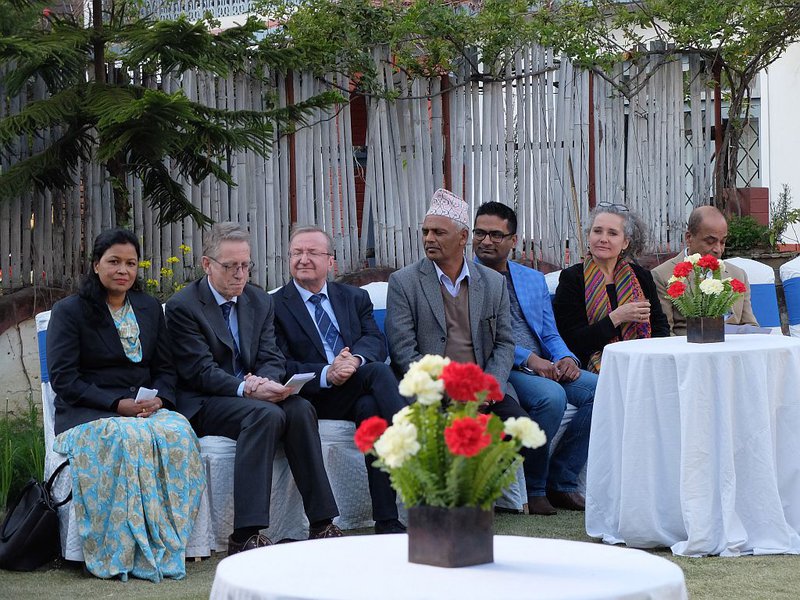 Since 1987 the South Asia Institute of Heidelberg University (SAI) has a branch office in Nepal. The location in Patan bundles now three research units under one roof and accommodates also the research units “Documents on the History of Religion and Law of pre-modern Nepal” of the Heidelberg Academy of Sciences and Humanities and the „Center for the Study of Manuscript Cultures” of Hamburg University. The affiliated „Nepal Heritage Documentation Project“, a cooperation of Heidelberg University and SARAF Foundation has a separate office at Mangalbazaar.

Nepal Research Bhavan is home to an extensive and open accessible library containing numerous books, magazines, manuscripts and other documents. In the beginning of March 2019, the Nepal Research Bhavan was opened together with a two-day conference on "Masters & Servants: Slavery, Bondage and Unfree Labour in Nepal's History" and the exhibition "Opposite Dreams" by ArTree Nepal. The professors of the Heidelberg Academy of Sciences and Humanities, Thomas Holstein and Bernd Schneidmueller, as well as the directive professors and local representatives of the respective research projects, visited the opening ceremony and the conference. Representatives of the National Archives of Nepal, Tribhuvan University, Department of Archeology and SARAF Foundation were also present during the opening ceremony. The project "Documents on History of Religion and Law of pre-modern Nepal" under the direction of Axel Michaels, a professor of Classical Indology and Religious Studies at Heidelberg University is involved in the studies of various historical, administrative and legal documents, the systematic investigation of this unique textual corpus and the development of an open access digital database. 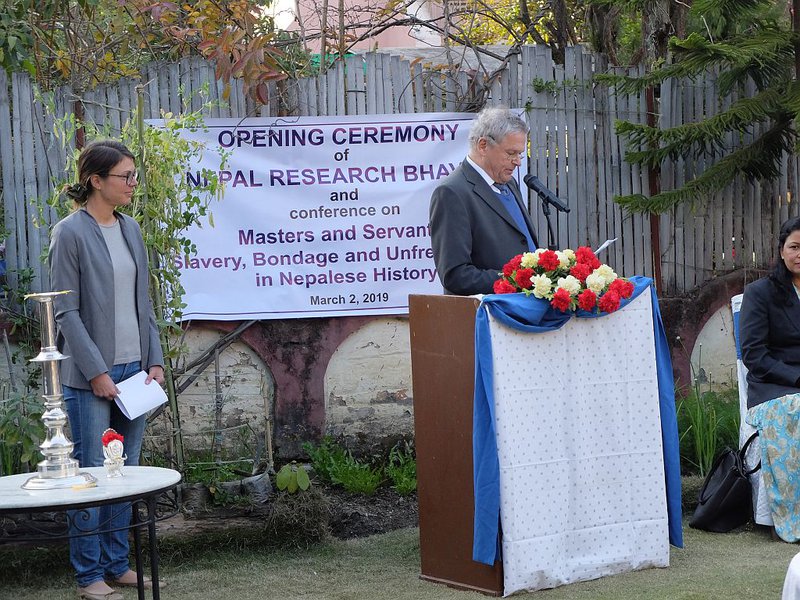 Christiane Brosius, a professor of Visual and Media Anthropology at the Heidelberg Center for Transcultural Studies is director of the Nepal Heritage Documentation Project, which focuses on recording of endangered monuments and intangible cultural heritage of Nepal. With her background in Art History and Art Education she has got involved with local art projects and published the book “Breaking views – Engaging Art in Post- Earthquake Nepal“ in cooperation with the visual artist and art educator Sanjeev Maharjan.

The preservation of the palm leaf manuscripts in Nepalese archives and libraries is the main project aim of the Center for the Study of Manuscript Cultures of Hamburg University, represented by the project coordinator Dr. Bidur Bhattarai. On the initiative of Dr. Nadine Plachta, Resident Representative of SAI branch office, the Nepal Research Bhavan hosted the exhibition "Opposite Dreams” by ArtTree.

ArTree Nepal is a team of contemporary artists who want to foster meaningful dialogue. The artists focus on critical subject matters that have social significance. With their mixed media art, they urge the audience to reflect on discrimination, injustice, exclusion and instability.

A good example of this approach is the exhibited art work “Labour´s Helmet” of the series “I Have to Feed Myself, My Family and My Country…” by Hitman Gurung. Ten golden helmets, which hang on the wall, shall draw attention to Nepali migrant labours that have to leave their families in order to earn a living in foreign countries. 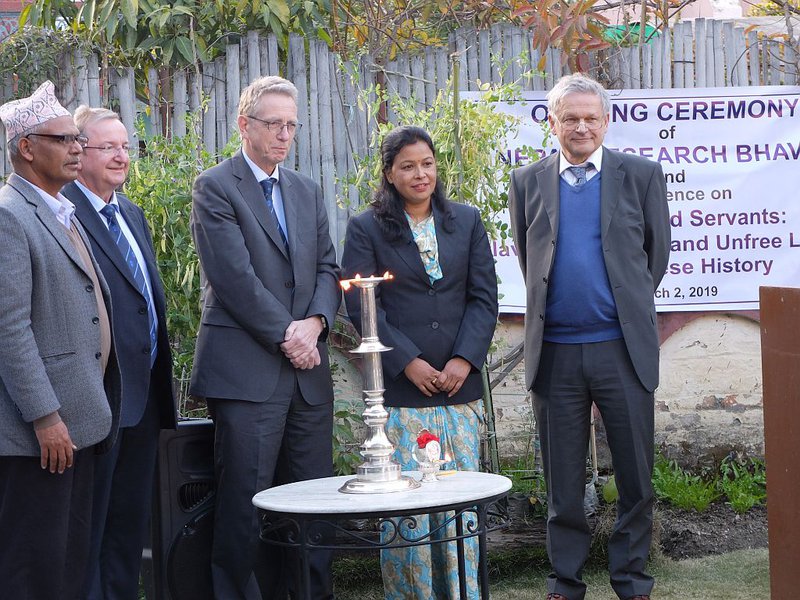 Ganga To Mississippi: Walking With The Rainbow By A Correspondent 4 months, 1 week ago