Donor Should Not Involve In Local Capacity Building And Governance Agenda In Nepal: Shailendra Sigdel

Shailendra Sigdel, an Independent Management Consulting Professional, has over three decades of experience in governance sector. Executive Director of Foundation for Development Management with a demonstrated history of working in the management consulting industry, he has skills in Policy Analysis, Organizational Development, Public Policy, Economic Development, and Capacity Building. Strong business development professional, a graduate from the University of Birmingham, Sigdel spoke to New Spotlight on current political and structural transformation in Nepal. Excerpts of his interview: 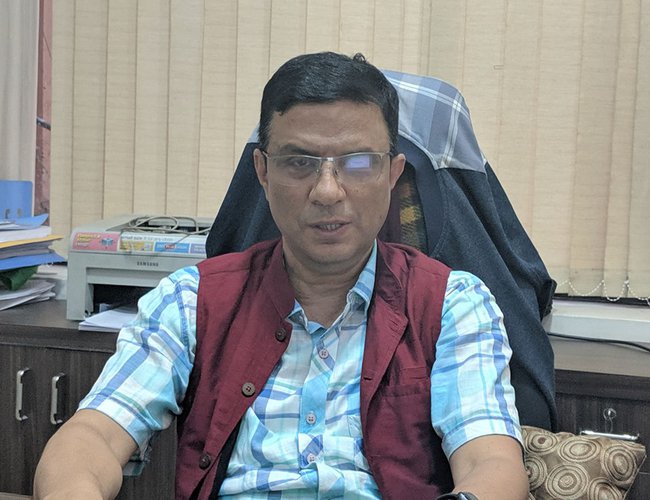 How do you see the present state of governance?

Nepal has been transforming from the unitary to federal state with three tires of government. Naturally, Nepal is in an early stage. There are some good and some bad experiences. Visiting almost ten districts in the last six months, I have seen positive signs. Local levels and provinces are in the process of building institutions.

As Nepal has been receiving support from Nepal's friendly countries in all political transformations, don' t you think Nepal needs such support again?

Look. I have a very different perception regarding this. We need the support Nepal's donors want to give, particularly in the areas of operationalizing the institutions. We have enough experiences and consultants for this. I don't think Nepal needs support in the process like governance reform. Even recently published International Development Cooperation Policy has clearly visualized the areas for donor's support.

Nepal's current budget has allocated huge money under concurrent title and there is a big budget gap for institution building. Don't you think donors support can supplement us?

Donors can support us to build the infrastructures of local levels and provinces which are in the dire needs. What I mean is we don't need budget to launch Gender Equality and Social Inclusion, Governance and Capacity Building training. We are ourselves capable to do this. My experiences of working more than three decades have shown that donor's investment has not brought desired changes in these sectors. Of course, some consultants have benefited from this. However, these programs have very little implications. Although recently released International Cooperation Policy urges donor agencies to support Nepal's infrastructure building process, some donors have already brought the projects in the governance, training. capacity and JESI sectors. Big donors like USAID, DFID and Swiss Development Cooperation have already launched the projects in these sectors. I don't find any rationale as these are no more the priority areas of the government. 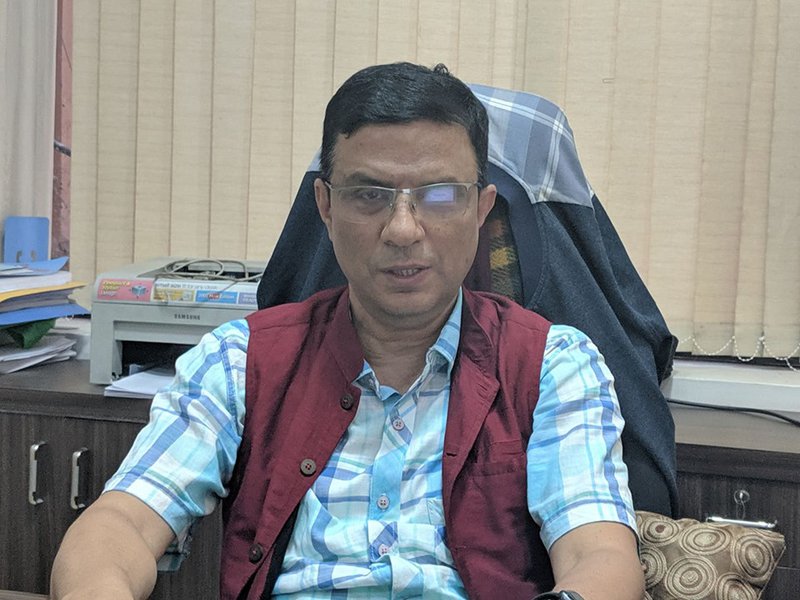 The challenges currently at the local and provincial levels are different than what donors see. They can support the basic themes. Since many Rural Municipalities and Municipalities do not have buildings to carry out their functions, donors can support them to construct the buildings and other basic facilities to operationalize their programs. Giving support to make policies is neither sustainable nor wanted by local levels.

How do you see the achievements?

Nepal has made major achievements in the last three years. One of the achievements was holding the elections of local, provincial and central levels. After the elections, there are now functional local level governments. Nepal has now certain basic level institutions. Whatever one says, what I find is that the elected representatives have commitments and determination to do something for the country. We can see enthusiasm and encouragement. Some elected local representatives have been implementing even their own vision. Of course, some are still lagging behind. Local level leaders are complaining that they don't receive support from central and provincial governments to implement their visions. They have many excuses.

As an established governance expert, how do you see the current state of delivery system of local level and provincial level governments?

Despite the existing legal and policy constraints, some local level municipalities are doing really well. This is not because of the institutions but quality of individuals. Following the visits of some local levels, what I drew was the conclusion that leadership is very important. In municipalities, where the political representatives are dynamic and visionary, they have been producing quite good results. Waling Municipality and Tillottama Municipality are two good examples.

How do you see the local levels?

Local levels are now unable to recruit the employees because of lack of Provincial Level Public Service Commission and they don't hire more because of lack of authority. However, Waling and Tillotama have been filling the employees by recruiting them on contract basis. They are recruiting young professionals. They also pulled the old staff. The mayor of Waling has developed a new scheme for solid waste management. He is generating 8 to 9 million rupees in revenues from solid waste.

What does the constitution say?

The constitution of Nepal has specifically stipulated the roles, responsibilities and rights of all three tires of government. There is more confusion because of lack of acts, regulations and policies. If there are exclusive functions, the government should provide exclusive acts without any delay. In the sectors like health, education, registration of day to day affairs fall under the local level. The current problem is provincial level government because it is the new entity. Since the local government has existed there for long, they don't have to face institutional problems. However, provinces are recently created and they are new.

How do you see the situation?

The situation is that neither local level government respond to province nor the central government. Federal government has its own institution. The provincial level does not have any existence capacity. The quality of legislature at provincial level is less competent than the local and central level. For instance, sixty percent of the members of province 2 cannot write their name. There are ambiguities of roles and responsibilities. The tendency of the institutions to see themselves as supreme is also creating the problems. There is yet to have the rapport as visualized by the constitution among three tires of government. This is the biggest challenge.

The leadership of provincial government is very crucial to build the rapport between center and local level. If the chief minister is dynamic. he or she is there to bring the results. The chief minister of Province 6, Shanker Pokharel has been performing extremely well. In province 7, they don't have human resources. They are running the provinces with 3 or 4 staff

How do you see the commitment of Leadership?

There is commitment on the part of the leadership to do something. However, there is no conducive environment even if they do have a lot of budget. If we want to make local levels effective and efficient, we need to support them to increase resources, raising their capacity. We have to enrich their capacity. Shortage of staffs is another handicap. As long as the centralized mindset exists at central and provincial level, nothing can change. Smooth functioning is difficult, as long as the mindset remains the same.

How do you see the federal system?

The federal structure is moving in the right direction but it will take time. It will take another ten years to see matured federal structures. Coming five years will establish the institutions. It takes a lot of time for the governance level to take hold. In many places, corruption has devolved from central to local level. It is said that the user committees are most corrupt at local level. How to reduce the corruption is a major challenge. Other challenges are who will monitor local governments. Theoretically, they are monitored by people. If they do right, the people will choose them again, if they do wrong, people will reject them. There is the need to have a monitoring mechanism in between.

What role can CIAA play to reduce the corruption?

Commission for Investigation of Abuse of Authority is responsible to stop corruption but it is not possible for CIAA to reach all 735 governments. Whole monitoring of the government is very challenging. Other problem is District Coordination Committee. On an average, the government is spending Rs.20 million for DCC but they are like defunct organizations. Nobody listens to them as there is no specific constitutional and legal role for them. They should be given a role of facilitator between province and local level. DCC has a very important role to play. There is the need to give a certain role to DCC even amending t he constitution and law. There is the need to make DCC capable and there are enormous opportunities to utilize DCC.

How do you see the foreign aid?

If Nepal Government does not want intervention, why should donors come in the governance reform? International Development Cooperation Policy has prioritized infrastrucure devleopmnet, employment generation, livelihood, climate change and disaster. It does not mention governance, capacity building, and JESI as their priorities. There is no sense to run the training for local level.

How do you see the role of MOFAL?

For example, MOFAL has drafted model acts and distributed to the local level. What local government has done is they change the name and place and implement all the model acts. Local levels are very critical about MOFAL. They said who are MOFAL to direct them arguing they are independent governments and they are not under any government. If the MOFAL wants to give certain directions, it should come from Office of Prime Minister not MOFAL. If things go this way, it will bring a major conflict between MOFAL, Local level and Provincial level. There will be conflict between provincial and central and provincial and local levels. If we don't think seriously about this, it will create more problems. Direction should come from Prime Minister through provincial government. MOFAL has no constitutional right. There is the need to change attitude.

What solution do you suggest? 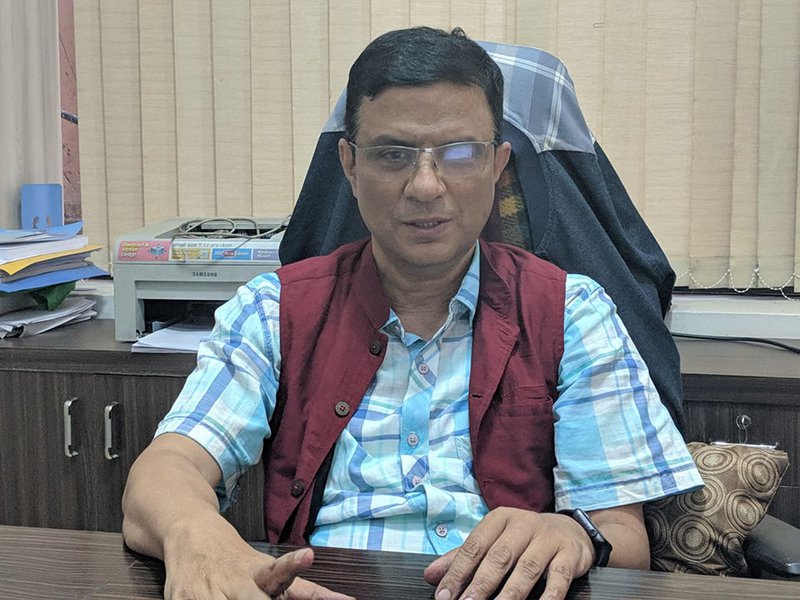 There is a complaint that provinces are trying to centralize power through activating the past district level offices. How do you see this?

DCC has no role in the constitution. The constitution does not understand District Education Office, Agriculture Office, Irrigation Office, etc. In many areas, regional office, knowledge management and forest offices are coming. They are not necessary. There is the need of interaction among province and local levels. That is what is lacking except in province 3 where chief minister Dor Mani Poudyal is holding the meeting in every six months. He is calling meetings and consulting representatives.

Who will take such an initiative?

Central government can make an umbrella act. Provincial Council needs to be activiated. Constitutional experts and media colleagues need to closely work. There is a crisis of confidence. There is a lack of idea. Chief minister’s office in Far West organised a sports tournament. If we are unable to do something, it will further create the problem. There will be further conflict. How will we monitor local levels. Local level leaders are renting cars and other things. There is the need to have a monitoring mechanism. We do have knowledge in the local level. The question is who will organize them. Governance issues are there, administrative college and Kathmandu University can help here. We are unable to bring the system on right track. I say this after I visited 25 districts and 75 rural and urban municipalities.

How do you see role of deputy mayor?

Deputy mayors are unable to work. They have been given five rights but they don't have the capacity and nor do they have the support from the mayor. In terai overwhelming majority of mayors are illiterate. Deputy mayor was not a choice of women. There are deficiencies in the capacity of deputy mayor. Politically elected women should not be given judicial role.

Japanese People Have A Special Sense Of Intimacy Toward Nepal: Ambassador Yutaka Kikuta By Agencies 1 month, 1 week ago